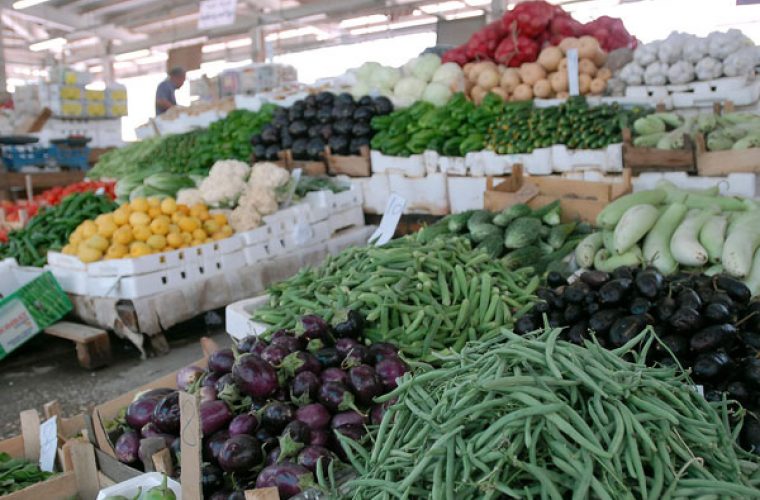 Fresh fruits and vegetables are at least 50 percent cheaper at the Central Market compared to retail outlets, including malls and hypermarkets.

Sources say this is because local produce still constitute about 20 to 25 percent of daily market supplies.

Contrary to the general belief that supplies from local farms dry down during the summer months, sources say a quarter of the demand at the Wholesale Market is still met by local produce.

Not surprisingly, then, vegetables with higher price difference are the ones still coming from local farms and include cucumber, green papaya, green lemon, white onion, okra, pumpkin, sweet melon (shammam) and others.

Vegetables that have almost vanished from the market due to the harsh weather are marrow (koosa), squash, tomato, eggplant and other leafy varieties.

Boxes of cucumber and green lemon (each weighing up to six or seven kg) are available for QR22 and QR35, respectively, while the same items are being sold at QR6 and QR10 per kg at retail outlets in Doha and its suburbs.

“We have noticed that prices of vegetables at the Wholesale Market can be bargained and are much cheaper while prices of same items at retail outlets, including commercial centres, are fixed and much higher irrespective of daily fluctuations in their wholesale prices,” said a Qatari citizen, who did not wish to be named.

Similarly, the price of a box of green papaya at the market (sourced from local farms) was QR37 yesterday, which retailers were selling it for QR9 per kg.

Onion prices are not uniform at the Wholesale Market. In terms of quality and size, there is a wide variety, depending on their origin. Onions from Pakistan and Iran are roughly between 20 and 30 percent cheaper than those from India.

“As far as onion prices are concerned, retailers are minting money by buying small and inferior varieties and selling at the government’s prescribed (auction) prices,” said an Indian.

“Some hypermarkets here always source low-quality onions believing that consumers have no idea about it, which is not fair. They should keep at least two or three varieties to provide consumers with multiple options.”

During Ramadan, vegetables are auctioned at 9pm, not in early morning hours as is the case during the rest of the year.

“I occasionally come to buy fresh vegetables from the wholesale market, and prefer local produce sourced from farms.

“They are not only cheaper and fresh but also have maximum nutritional value compared to the imported ones,” said Abu Abdurraheem, a Qatari buyer.