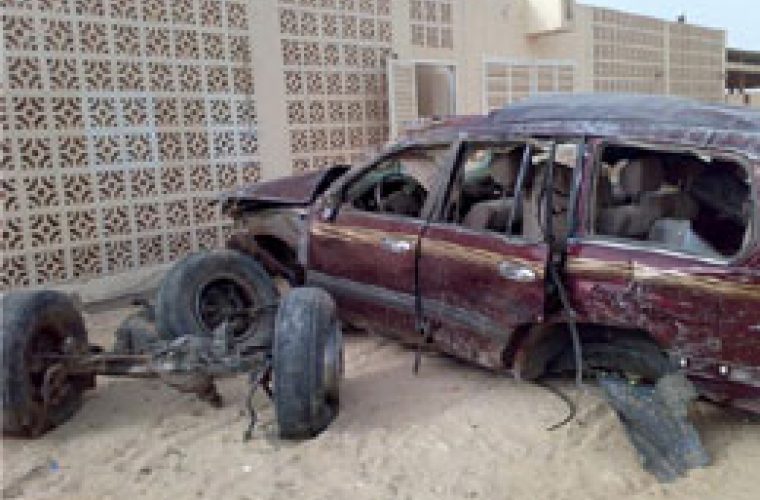 QATAR’S expatriate communities were in a state of shock yesterday after four young men were killed in a car accident between Doha and Al Zubarah. Pakistani nationals Ali Imran and Rashid Nawab, Bahram from Iran and Indian expatriate Mohamed Baig – all long-time friends and all born and raised here – were travelling in a burgundy-coloured Toyota Land Cruiser on the Old North Road on Tuesday around 8.30pm when the accident occurred, according to sources. But their families came to know of the tragedy only the next morning, when they received phone calls saying there had been an accident in the Al Ghuwairiya Area, between Doha and Al Zubarah and that “four dead bodies are lying in the open.” Family members rushed to the scene of the accident and were shocked to see the wrecked vehicle and bodies of their loved ones which were maimed beyond recognition. “When I reached the site, I asked Ali’s father and he simply said Ali’s dead. I looked at Mohamed’s father and he responded in the same way. Frantically, I started looking for my brother Rashid, and then I saw his body,” Rashid’s elder brother Atif told Gulf Times yesterday. “His bones were sticking out,” an inconsolable Atif added. “I was told the vehicle flipped over eight or nine times before coming to a halt killing all four passengers,” Atif said. Rashid would have turned 22 next month. He helped his father, a goldsmith, run the family business. “An ambulance took Bahram to the hospital, but he died on the way,” Atif said. Bahram, 23, also assisted his father run a family-owned kebab shop in Najma. The 22-year-old Ali Imran had recently resigned from the Emiri Guards, while Baig, 24, worked at Mannai Air Travels. According to the sources, the cause of accident was most likely speeding, but they gave conflicting reports on who was behind the wheel at the time of the horror crash. Ali Imran was the only child of his parents. His father said: “You know how kids are these days, especially those born and brought up here. They are a bit careless. And that has caused the loss of four precious lives.” Ali Imran and Mohamed Baig were laid to rest at the Abu Hamour Graveyard (now renamed Mesaimeer Graveyard) yesterday evening in a solemn ceremony attended by hundreds of mourners. Rashid’s funeral was held at the same location, but his body is being flown to Lahore, Pakistan for burial, his family said. Bahram’s family took possession of his body on Wednesday evening. Source : Gulf-Times