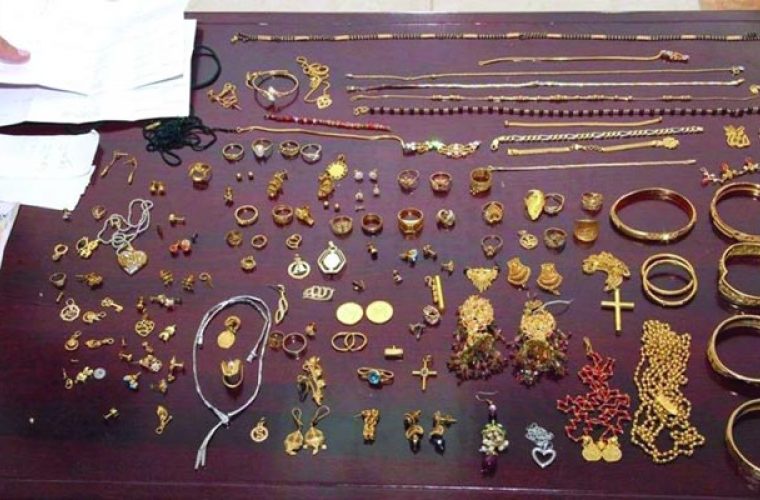 The Criminal Investigation Department (CID) has arrested four women on charges of burglary, the Ministry of Interior has reported on its Facebook page.

The accused used to steal valuables and money after breaking into residential flats. The police recovered a large amount of gold jewellery and currencies from them.

The department concerned had received information about money and valuables being stolen from flats.

The investigating team, after probing the matter and gathering information, learnt that a gang of women was involved in the burglaries.

After receiving the necessary permission from the authorities, and in the presence of women police personnel, the suspects were arrested while attempting to hide stolen gold jewellery.

Some money, in different currencies, was also found in the possession of one of the women.

The police seized the stolen goods and referred the suspects to the authorities concerned to complete the investigation and forward them to the judicial authorities.