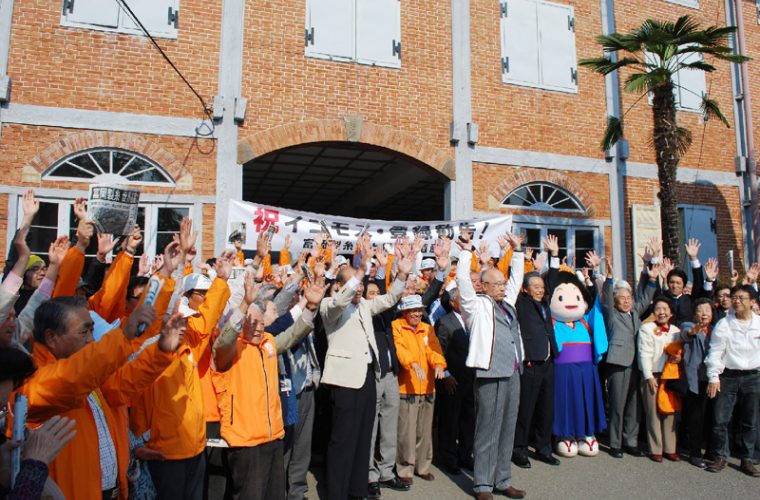 Erbil Citadel (Iraq) is a fortified settlement on the top of an imposing ovoid-shaped tell (a hill created by many generations of people living and rebuilding on the same spot) Located in Erbil. A continuous wall of tall 19th century facades still conveys the visual impression of an impregnable fortress, dominating the city of Erbil. The Citadel features a peculiar fan-like pattern, dating back to Erbil’s late Ottoman phase.

Historic Jeddah, the Gate to Makkah (Saudi Arabia) is situated on the eastern shore of the Red Sea. From the 7th century AD it was established as a major port for Indian Ocean trade routes, channeling goods to Makkah. It was also the gateway for Muslim pilgrims to Makkah who arrived by sea. These twin roles saw the city develop into a thriving multicultural centre, characterized by a distinctive architectural tradition.

Tomioka Silk Mill and Related Sites is an historic sericulture and silk mill complex established in 1872 in the Gunma Prefecture north west of Tokyo. Built by the Japanese Government with machinery imported from France, it consists of four sites that attest to the different stages in the production of raw silk: production of cocoons in an experimental farm; a cold storage facility for silkworm eggs; reeling of cocoons and spinning of raw silk in a mill; and a school for the dissemination of sericulture knowledge.

Van Nellefabriek was designed and built in the 1920s on the banks of a canal in the Spaanse Polder industrial zone northwest of Rotterdam. The site is one of the icons of 20th century industrial architecture, comprising a complex of factories, with facades consisting essentially of steel and glass, making large-scale use of the curtain wall principle. QNA