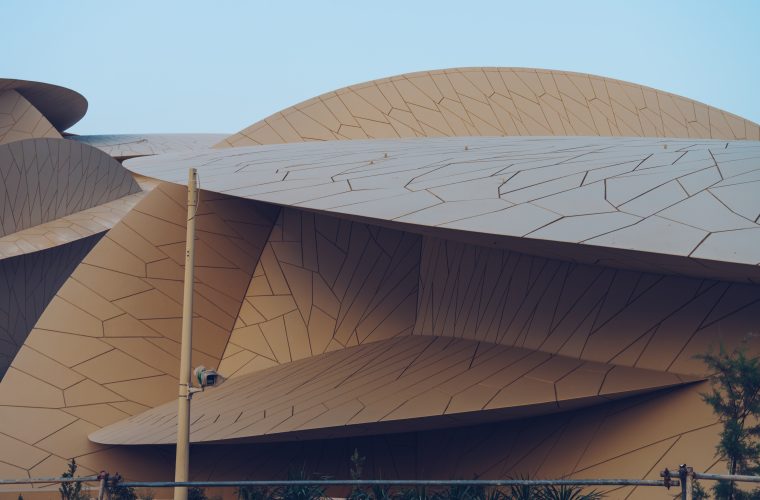 Qatar Museums (QM) on Wednesday announced that four Qatari artists have created commissioned pieces that will be displayed inside the new National Museum of Qatar (NMoQ) as part of QM's vast Public Art Program.

Today's announcement provides further insight into the way the NMoQ will tell the story of Qatar's past, present and future through an immersive, multilayered experience. The Museum's exhibition galleries and public spaces include a multitude of personal histories and interpretations of Qatari identity, among which are pieces by some of the country's brightest artistic talents. The commissioned artworks will play a central role in this by offering unique perspectives on treasured Qatari traditions and the life of the Qatari people.

Following an extensive search, Qatari artists Aisha Nasser Al Sowaidi, Ali Hassan, Bouthayna Al Muftah and Sheikh Hassan bin Mohammed Al Thani were chosen based on their body of work and artistic vision. Each one has taken personal histories and memories to create site-specific pieces that will connect visitors to the story of Qatar and its people in unexpected ways.

Her Excellency Sheikha Amna bint Abul Aziz Al Thani, Director of the NMoQ, said: "It is important to us to use the opening of the new National Museum, which embodies our heritage and gives voice to our aspirations, to showcase the work of our local artists. Each of their extraordinary creations is a unique and moving contribution to the breathtaking experience that the museum offers."

Welcoming visitors inside the NMoQ is a wall installation by the Qatari artist Ali Hassan, 'Wisdom of a Nation', which draws on the image of the Qatari flag with an excerpt from a poem by the founder of modern-day Qatar, Sheikh Jassim bin Mohammad bin Thani.

Standing before the entrance to the permanent galleries is a large-scale sculpture, 'Motherland', by Qatari artist Sheikh Hassan bin Mohammed Al Thani, which evokes the connections between the land, motherhood and national identity.

Within the VIP Lounge, visitors will encounter a work by Aisha Nasser Al Sowaidi, 'Central Midkhan', which takes the idea of a traditional and local ritual and transforms it into a global concept of home systems. Al Sowaidi is a graduate of the prestigious Fire Station: Artist in Residence programme and participant in the internationally-acclaimed Contemporary Art Qatar exhibitions.

Bouthayna Al Muftah, one of Qatar's most popular emerging artists, called on the heritage of Qatari jewellery to create her installation, 'Kan Ya Ma Kaan', which is located in the caf named after the work, Caf 875. The work takes inspiration from traditional Qatari jewellery and 'Thahab' or 875 gold (21 karat). The installation has been designed to complement the museum's contemporary architecture.

A number of international artists have also been commissioned to develop site-specific works for the NMoQ. Standing outside of the NMoQ near the historic palace of Sheikh Abdullah bin Jassim Al Thani is a sculptural group by French artist Roch Vandromme, which evokes the long history of nomadic lifestyle and trade. Simone Fattal's sculpture, located in the walkway toward the entrance to the museum, is inspired by petroglyphs found at Al Jassasiya. There will also be an installation by Iraqi artist Ahmed Al Bahrani. An installation by Jean-Michel Othoniel is the largest ever conceived by the artist and consists of dozens of individual structures, paying homage to traditional calligraphy.

Set to open to the public on 28 March 2019, the immersive and experiential museum will be organised in three "chapters" Beginnings, Life in Qatar, and Building the Nation presented in eleven galleries. The visitor's chronological journey, which extends through more than 1.5 km of experiences, will start in the geological period long before the peninsula was inhabited by humans and continues to the present day. Each gallery is an all-encompassing environment, which tells its part of the grand story through a creative combination of elements such as music, storytelling, archival images, oral histories and evocative aromas. Designed as distinctive experiences, these environmental galleries also contextualise an impressive array of archaeological and heritage objects, manuscripts, documents, photographs, jewellery, and costumes. (QNA)