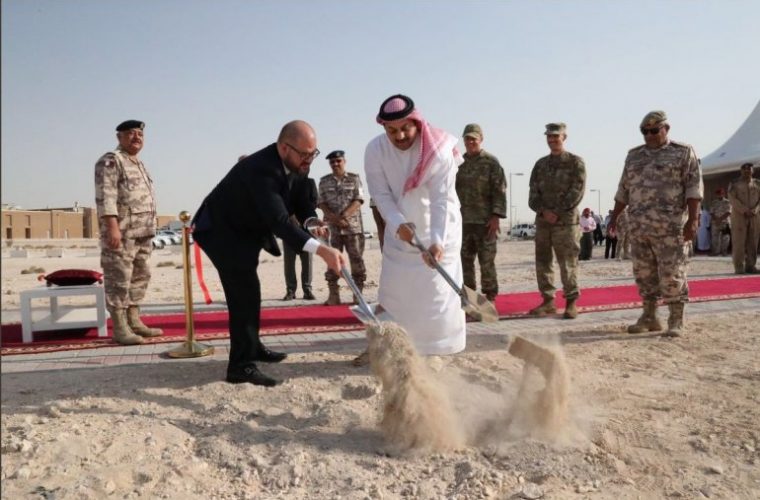 The Deputy Prime Minister and Minister of State for Defense Affairs H E Dr Khalid bin Mohammed Al Attiyah on Tuesday laid the foundation stone for the expansion project of Al Udeid Air Base with the participation of Brig Gen Jason Armagost, commander of the air expeditionary wing at Al Udeid Air Base.

A number of military leaders from the Qatari and American sides attended a ceremony held for that occasion.

The expansion project of Al Udeid Air Base includes the construction of barracks and service buildings to support joint security efforts, in addition to raising the quality of life of the troops stationed at the air base.

The State of Qatar, along with its strategic US ally, is working on drawing up a roadmap for the future of bilateral relations, including the addition of Al Udeid Air Base to the list US permanent military bases.

Al Udeid Air Base currently hosts more than 10,000 U.S. troops in addition to troops of international coalition forces. The base also contains state-of-the-art residential, service and operational facilities that support the work of the international alliance against terrorism and the stability of the region.