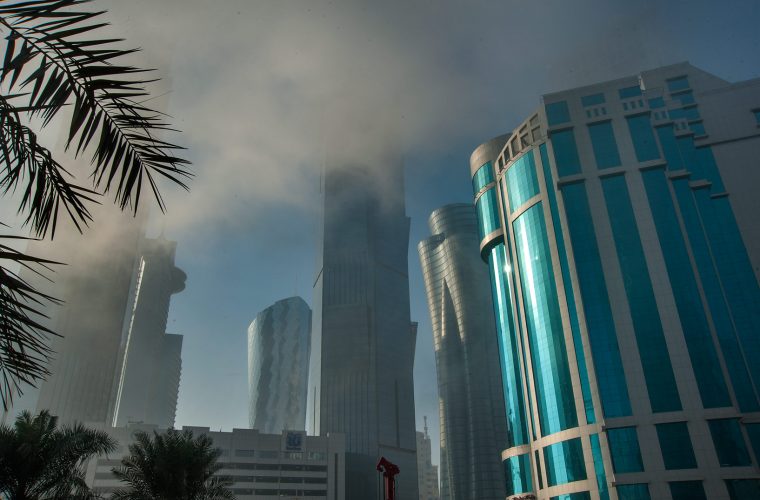 Many parts of the country were engulfed in a thick layer of fog early yesterday, with the Met Office forecasting foggy weather this morning as well and said the night will be cold.

Visibility will be severely affected in the foggy areas this morning, as a result. It will be reduced to a kilometre or even less at places early in the morning.

The weather will, though, improve as the day progresses and the sun shines. Visibility will then improve to four to eight kilometre.

Mercury will drop to 10 degrees Celsius in many parts of the country at night bringing in the chill. The night will, thus, be cold, said the weather bureau in its routine forecast for today.

With northwesterly wind moving from the colder regions of Europe, the cold weather could be a bit stinging at night. The wind speed in the beginning will be five knots and may catch momentum later, reaching up to 15 knots at places. This could be true particularly of places like Abu Samra, on Qatar-Saudi Arabia border, Al Khor, in the north of the country, and in Al Wakra, which is some 10km south of Doha, and Messaieed, further southwards.

Night temperature in all these places has been forecast to be 10 degrees Celsius.

Doha might witness the coldest night of this winter season so far as mercury may drop to 13 degrees Celsius tonight like last night.

Al Ruwais in the north which has a relatively pleasant weather even during the sizzling summer months, will have the highest nightly temperature tonight, at 15 degrees Celsius, followed by Dukhan (14 degrees Celsius).

In Doha, it will be 23 degrees Celsius during the day, while in Al Khor it will be 24 degrees.

In Meassieed and Al Wakra, the mercury level has been forecast to be 23 degrees Celsius during the day.

The Met Office said there will be high winds offshore.

Northwesterly winds may initially move at between eight and 18 knots at places offshore and may gradually gain in velocity to 24 knots at places at times, particularly at night.