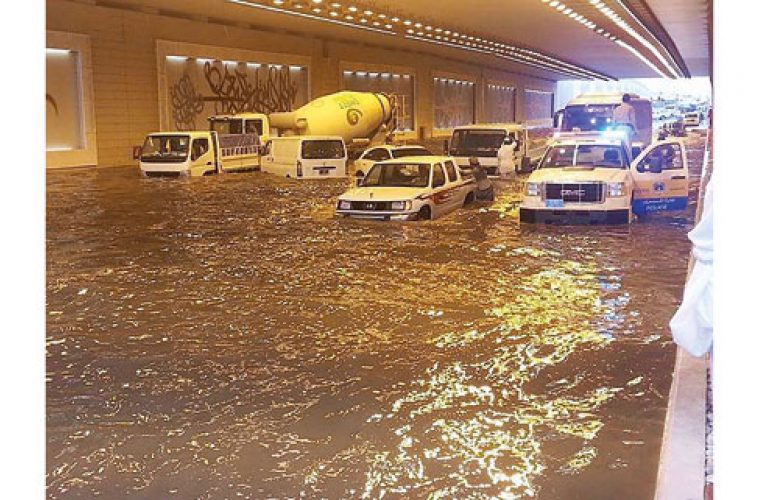 Insurance experts advise that the owners of Wednesday’s flood-hit vehicles can approach the Public Works Authority (Ashghal) or the Ministry of Municipality and Urban Planning for compensation.

Talking to Al Arab, a section of Insurance advisors said the vehicle owners are not eligible for claiming compensation for their damaged vehicles as natural calamities are not covered udner the existing automobile insurance policy in Qatar. Dozens of motorists were stranded on Salwa Road underpass following Wednesday’s flood.

“The owners of the damaged vehicles can legally approach Ashghal or the ministry for compensation, as both are primarily responsible for the flooding of the underpass,” the daily quoted an expert as saying.

“Either Ashghal or the ministry must own up the responsibility for the mess. The owners can approach either,” Al Arab quoted another expert as saying.

The flooding has raised the question whether insurance companies must cover natural calamities like floods in Qatar.

Meanwhile, Al Sharq said Ashghal had put a system in place to store storm water temporarily in the Salwa Road network. Ashghal had been perfectly draining it out during rainy days. However, the process went haywire on Wednesday because of the unprecedented downpour, it said.

Mishaal Al Dahnim, an engineer, said the contracting company must be held responsible for the maintenance of damaged vehicles.

However, he said in terms of traffic management, the Salwa Road is one of the best.

“Qatar must tighten its scrutiny on government projects. They must be subjected to rigorous inspection and continuous monitoring during phases of execution before rushing to inaugurate them,” he said.