Five planets set to light up the skies of Qatar this April! 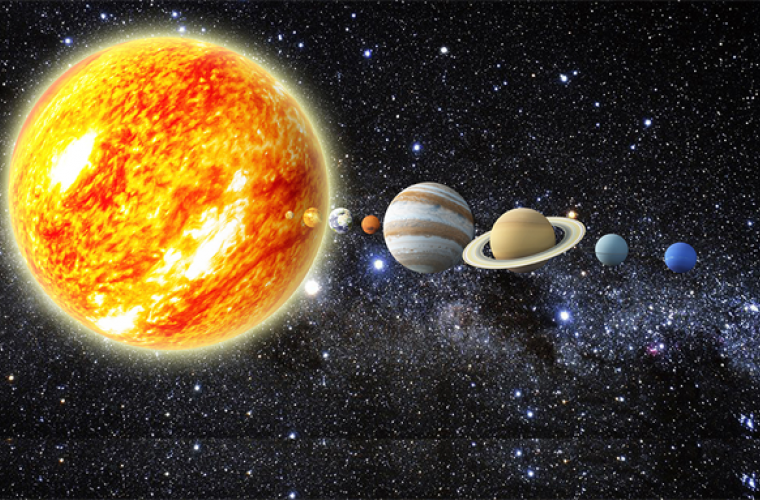 Qatar -- during the first few months of the year -- has been enjoying a number of astronomical feats from the Super Blue Blood Moon during the last day of the first month of 2018, up to the 'superior conjunction' of planet Mercury mid-February. Looks like the visual feast isn't ending any sooner as Qatar Calendar House (QCH) hinted that the skies of Qatar is set to be filled once more with pomp and flair as five planets are reportedly sneaking in for a quick visit and to also bring delight and photography opportunities to the diverse people of Qatar.

Just earlier this week, QCH announced that Qatar residents and those living in Arab countries will be seeing and observing five planets of our solar system (Jupiter, Mars, Saturn, Mercury, and Venus) over the Qatar sky this April.

With the announcement in place, here's the official schedule of some of Qatar sky's rarest visitors:

The Solar System's giant planet will be approaching the Moon twice this month, according to QCH'S astronomy expert Dr. Beshir Marzouk. "The first time will be tonight, while the second time will be on Monday, April 30." He further added that for Jupiter's second Doha visit, there will be an angular distance between it and the Moon which will be 3.9 degrees. "Qatar residents are lucky because they will be seeing Jupiter and the Moon together with their naked eye all the way tonight till sunrise tomorrow, as well as from the 30th of the current month until the early hours of the 1st of May."

April 7 (Saturday) is an extra-special day as Qatar residents will have a good chance to see the Three Luminary (Moon, Saturn, and Mars) aligning over the Doha sky -- where Saturn and Mars will be very close to the Moon. Dr. Marzouk noted that residents don't need advanced and up-to-date equipment to witness the beautiful astronomical view of the Three Luminary. "They can see the Moon, Saturn, and Mars over the sky before midnight of Saturday (April 7) until before Sunrise time of the following day (Sunday)."

Jupiter's exact opposite in terms of size -- Mercury -- will be coming close to the Moon on the second weekend of April (14th); where it will be at the nearest angular distance from the Moon -- four degrees northern Moon's center. Though really quick (55 minutes), Dr. Marzouk assured that the Solar System's tiniest planet's presence in the Qatar skies is still a sight to behold. "Residents will be able to observe Mercury together with the Moon over the eastern horizon of Doha's sky, from Mercury's time of rise (4:18 am) till sunrise at 5:13 am Doha local time."

Finally, the brightest and prettiest of all -- Venus -- will be at five degrees northern new crescent of Sha'baan on Tuesday, (April 17). Dr.Marzouk said: "People will have a chance to observe Venus and the Moon together with their bare eyes over the western horizon of Qatar's sky after sunset time until the new crescent -- where the sunset will be at 5:58 pm, and the time set of the new crescent will be at 7:24 pm (Doha local time)."

Besides the future sightings, QCH also added that the five above-mentioned planets were so close to the Moon at different times last month.

Which of these five planets are you most thrilled to see over the skies of Qatar soon? And are your binoculars and telescopes all set for these upcoming astronomical phenomena? Drop us a line in the comments below and also, don't forget to like and share this article -- it keeps us going!