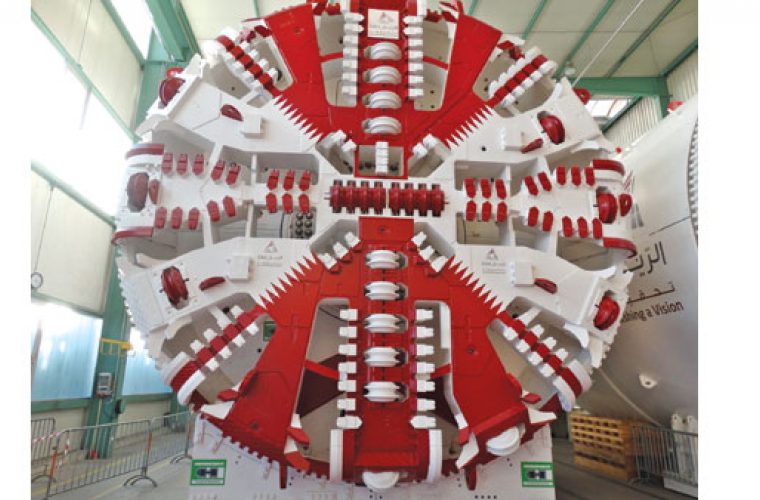 Qatar Railways Company (Qatar Rail) has taken delivery of the first of 21 tunnel boring machines (TBMs) and the machine is expected to start work in the third quarter of this year at the Al Wahda site, next to the Qatar Exhibition Centre.

TBM S-865, also known as Lebretha, was manufactured by Germany’s Herrenknecht and is the first of four TBMs which will be launched for the Doha Metro as part of the Red Line North Underground project.

Lebretha will dig through a distance of 7.954km, taking around 22 months to complete the job between the third quarter of this year and the second quarter of 2016. The average speed will be between 14m/day to 21m/day, depending on ground conditions.

Each of the TBMs for the Doha Metro measures 7.05m in diameter and 120m in length. To ensure successful transportation , Lebretha was dismantled into 22 sections, including the cutter head.

The mammoth machine began its journey by sea to Qatar and finally arrived over the weekend at the Doha Port. It will take a few months to re-assemble it into a complete machine.

The scope of work for the ISG JV on the Red Line North project comprises the design and construction of 13.4km twin-bored tunnel, including seven underground stations, between the proposed Msheireb Underground Station and Doha Golf Course via Doha West Bay. The tunnels will be built at an average depth of 20m.

All of the joint ventures delivering the D&B contracts for Qatar Rail include Qatari companies and have been selected upon completion of a successful competitive bidding.