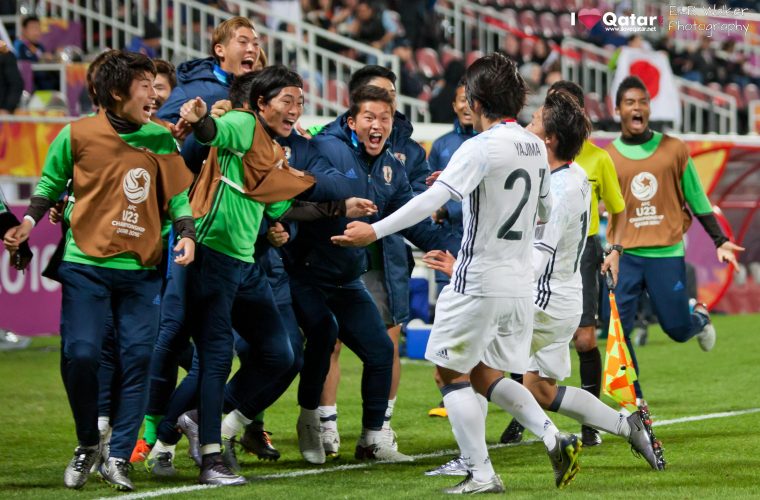 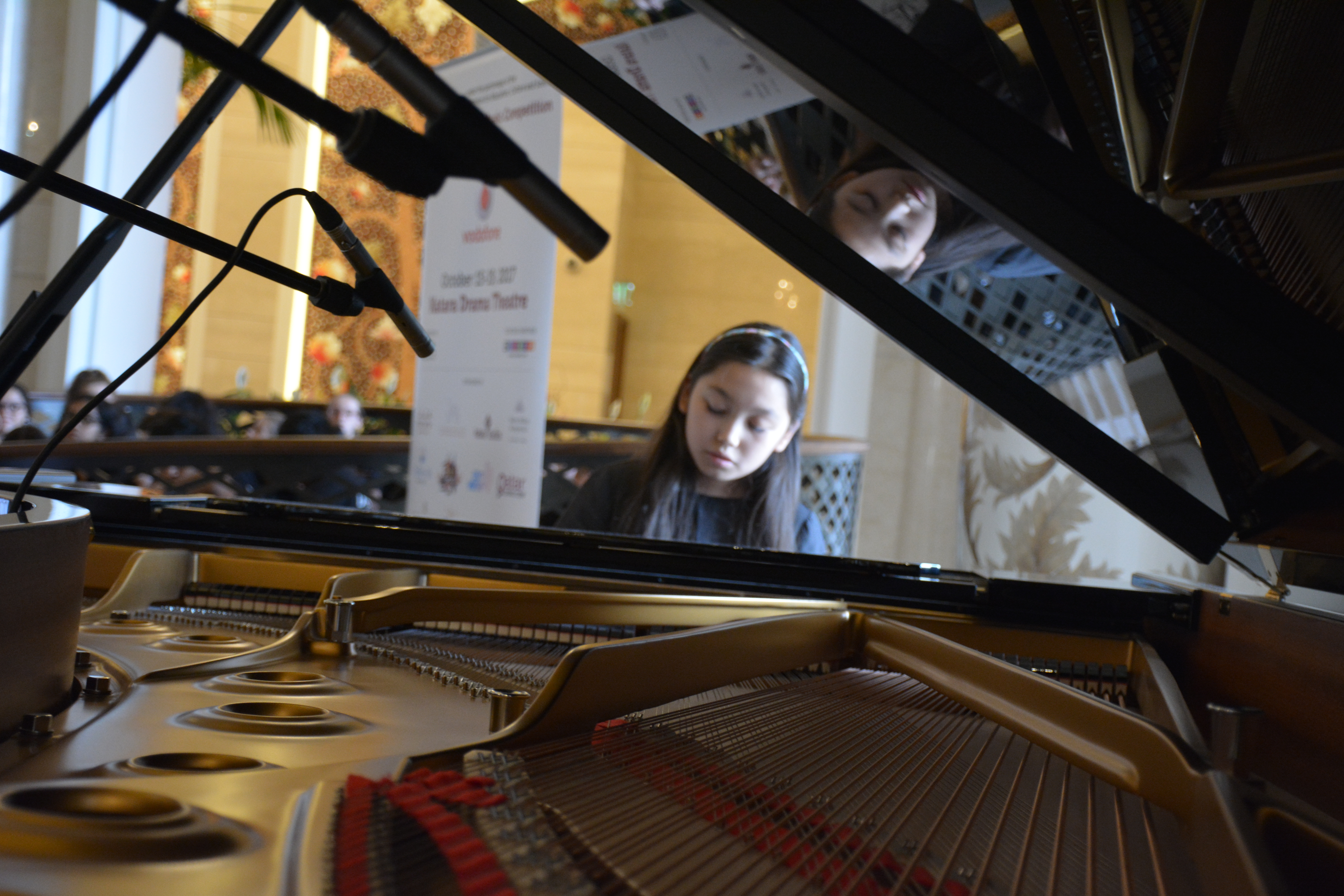 Music is a language that connects and unites us at the most visceral level. Within its nuances and lilting tones is a form of communication that picks up where words leave off. Enriching, educational, and expressive, to teach a child to pick up a musical instrument is to nurture and inspire their creativity for life.

It’s with this goal in mind that classically-trained concert pianist Sonja Park and her husband Joris Laenen, also a talented musician who plays co-principal trumpet for the Qatar Philharmonic Orchestra (QPO), co-founded Moving Young Artists (MYA). Established in 2013 as a vehicle to bring a knowledge and love of music to the Qatari community, MYA has been dedicated to working with community sponsors and partners to create a platform for young musicians to learn, showcase their talents, and also to incorporate music into Qatar’s society as a fundamental element of cultural development.

“Music is a key ingredient of an overall balanced education,” expressed Park. “It’s a way and means of expressing one’s cultural identity – either as an individual, or as a group. There are numerous well-documented and scientifically-proven benefits of learning music such as how musical training helps develop language and reasoning, improves memory, concentration, hand-eye coordination and motor skills, emotional intelligence, and better self-confidence.”

Over the last year, the organization has partnered with Marsa Malaz Kempinski to host a series of MYA youth concerts to showcase the latest young talent being nurtured in Qatar. They recently held their one-year anniversary concert event this past Saturday, May 13, preceded by a special press conference on May 9 to announce the very first Qatar National Music Competition (QNMC) to be held from October 15-19, 2017 at the Katara Drama Theatre. 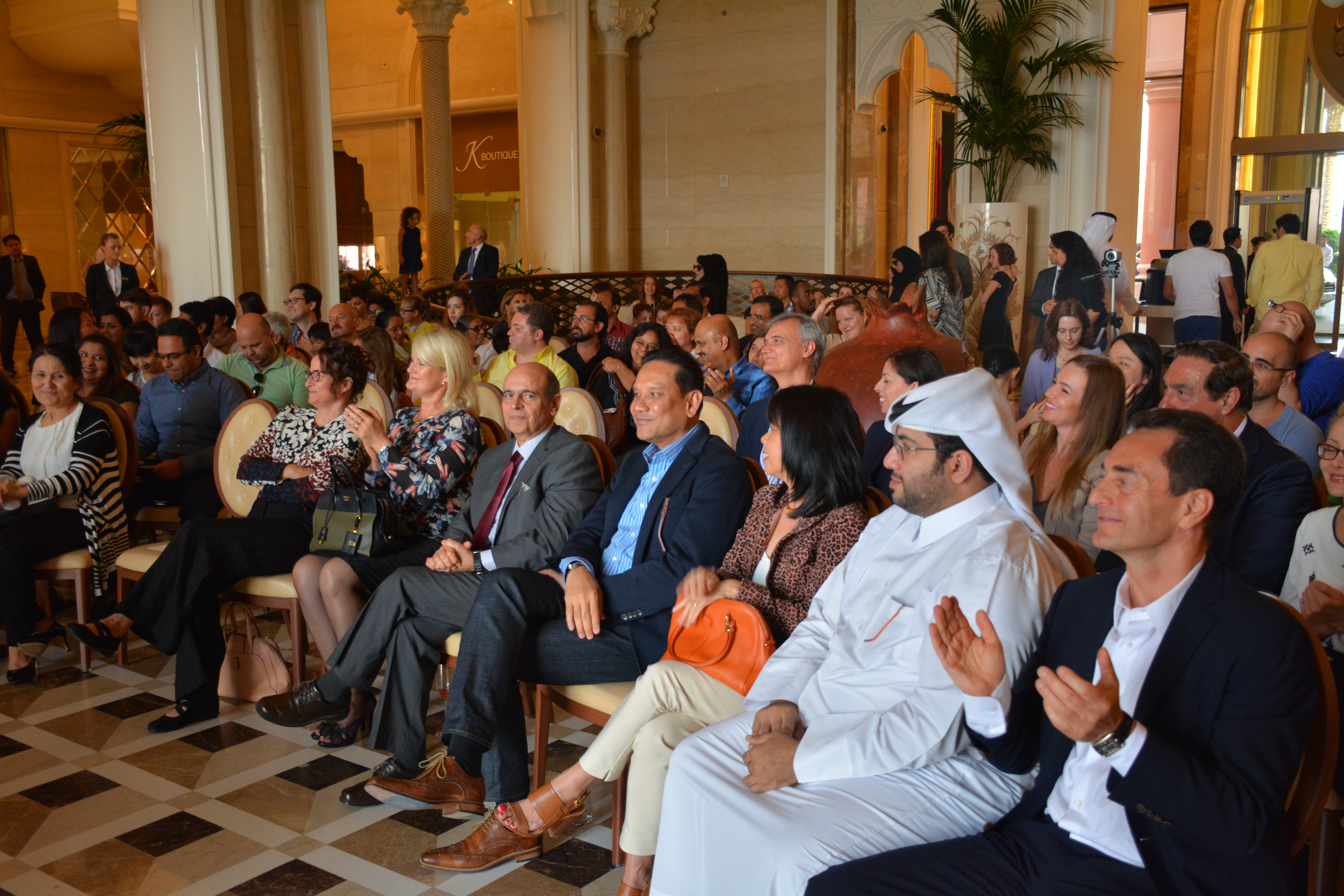 (Audiences at the QNMC press conference take in the youth performances)

The Greek philosopher Plato once wrote that he would seek to teach children music, physics, and philosophy – but music most importantly as its patterns, and those of all the arts, are integral keys to learning. It’s with this tenet in mind that the inaugural edition of QNMC, held under the patronage of the Qatar National Comission for Education, Culture, and Science, aspires to reward those young students who have the potential to become Qatar’s next musical prodigies with a springboard into the international arena.

The five-day event will culminate in an awards ceremony and gala concert on October 19, 2017 at the Katara Opera House, and will feature Arabic and Western music categories open to youth participants under the age of 18. There will also be a special category open only for Qatari citizens of which there are no age limit restrictions.

Sub-categories have been divided to reflect participants’ age – 11 and under, 14 and under, and 18 and under – and instrument of choice: solo piano, solo winds, solo strings, solo vocal, percussion/harp/guitar, and composition. Additional categories include those for performing musicians and young composers with Special Needs, and Choirs and Ensembles/Takht where groups may enter to compete.

“Our vision for QNMC is to play its part in propelling Qatar onto the international music festival stage,” stated Laenen. “Since Qatar doesn’t yet have a long history of music education, QNMC would like to offer adult Qatari musicians this opportunity to present their talent. We are also especially proud to include in QNMC a Concerto category, the winner of which will receive the honour to perform as as a soloist with Qatar’s own world-class QPO.” 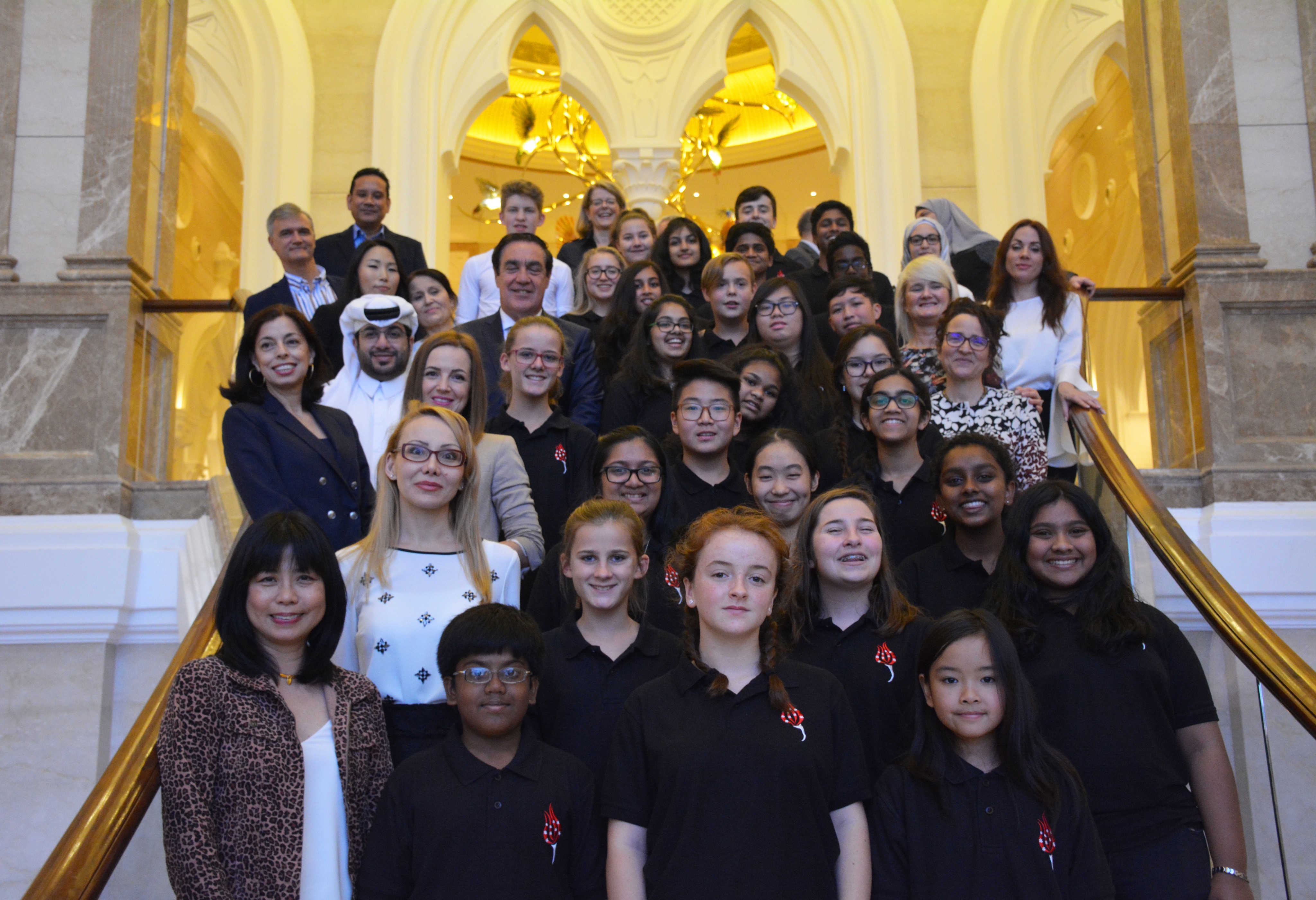 (Organizers, music mentors, and young musicians at the QNMC announcement)

The QNMC jury will consist of prominent figures in Qatar’s music community, such as Executive Director of the QPO, Kurt Meister; songwriter and composer Dana Alfardan; and others soon to be announced. A host of local sponsors as well as embassies will support the competition, and prizes will include medals for three winners in each category, and certificates of merit for all participants. The Grand Prize which will be awarded for the best performance in the competition will be provided by Vodafone, while a special award for Best Performance by a Qatari Artist will be provided by the Qatar National Commission for Education, Culture, and Science. Selected participants and prize-winners will also be invited to record their compositions in the state-of-the-art Katara Studios.

“The competition we’ll witness among ambitious youth during the [QNMC] is an embodiment of the human development goals of our beloved country of Qatar, and is the way [towards] an overall sustainable development and knowledge-based society,” said Mr. Abdullah Al Kubaisi, Head of Arabic and Islamic Affairs, Qatar National Commission for Education, Culture, and Science. “We all know the role music plays in enriching human lives – enhancing manners, [and] elevating our taste and appreciation of beauty in everything around us. Music is also an intellectual, creative activity and human expression of beauty across cultures and societies. It’s a universal language that leads to harmony, peace, and understanding among civilizations in the face of hatred and violence. We aim to encourage creativity and competition among youth to discover the best musical talents that can represent Qatar on [the] global stage.

Are you a young musician who wants to take part in the upcoming QNMC this October? Entry registration for participants is currently open and will close on July 1, 2017. For more information visit www.qnmc.org. To learn more about the work of of Moving Young Artists, visit www.movingyoungartists.com.

What are your thoughts on this new outlet for fostering the nation’s musical talent? Drop us a line and let us know in the comments below, and don’t forget to give us a like and a share – it keeps us going!