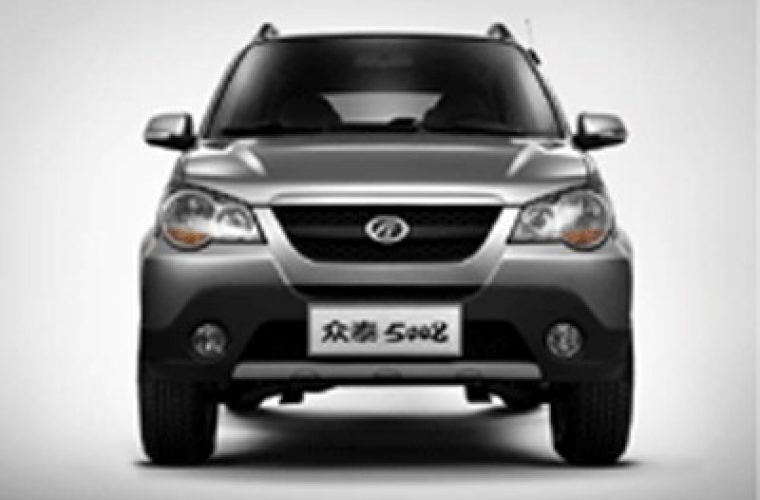 First Finance Company (The Company) signed a cooperation agreement with MJK and Agencies Cars Co. whereby the First Finance Company will finance the purchase of NomandII Zotye Cars without any profits during the first year. The agreement was signed by Dr. Khalid al-Sulaiti, the Executive President of the First Finance and HE. Sheikh Muhammad Bin Hamad Bin 'Abdullah al-Thani, Chairman of the Board's of MJK Cars and Agencies in the presence of Hamad al-Muhannadi, Senior Executive of Administrative Affairs at F.F.C., Yousuf al-Siba'ei, Director of Commercial Facilities, Yousuf al-'Awadi, Senior Executive of Collection, Tahseen al-Sheikhali, Officer of Commercial Relations and Rabi'e 'Itani, Information &Public Relations Officer. Having signed the agreement, the Two Companies held a press conference at the headquarters of the First Finance Company, during which Dr. Khalid al-Sulaiti expressed his happiness for this cooperation, hoping that it will be beneficial to both parties. Dr. al-Sulaiti assured that: "The Company (F.F.C.) is committed to the implementation of its own finance methods in order to strengthen relations with suppliers and vendors, who are considered partners in success, through concluding some cooperation agreements with leading suppliers and vendors in various commercial sectors. The Company is keen to provide easy procedures, speedy execution and flexible in relation to the first cash payment, without any extra charges concerning opening a file and administrative expenses. The company has started with a capital of fifty million Qatar Riyals upon its proclamation, but its sales growth and the increase in demand for its services and products have intensified the shareholders confidence in their company, the fact which prompted their decision to double the capital to one hundred million Qatar Riyals in October 2001.It seeks to provide high-quality financial services according to Shari 'ah norms and international standards which should be commensurate with the aspirations of all customers, individuals, corporations and institutions. The Company contributes and supports various economic activities that promote national development plans. This, in fact, makes it a pillar of the national economy of the State of Qatar. On his part, HE Sheikh Muhammad Bin Hamad Bin 'Abdullah al-Thani, Chairman of the Board of Directors of MJK Cars and Agencies Co., stated that: "This is the first agreement of its kind. Five years ago, Chinese automobiles started to take their place among other car brands in the Gulf market. It has become eye-catching that citizens and residents to buy a Chinese car and put a Chinese brand into their choices when thinking about buying a new car." HE added that: “The Republic of China is the latest car-maker worldwide. It started car-making in 1998, but China's large population and rapid economic growth have made it one of the largest global markets. This, in turn, was behind the international companies rush to manufacture cars, while Beijing seeks to conquer the world car markets. So, NomandII Zotye car has ranked high among international brands, since it is an economical and multi-purpose car.” Furthermore, HE Sheikh Muhammad Bin Hamad Bin 'Abdullah al-Thani, assured that: “MJK company has made a plan to sell 100 cars, although we expect sales to exceed 300 vehicles this year. Most customers prefer to turn to finance companies, especially the Shari‘ah-compliant ones. It is expected that our company will be an agent to open a special center for distribution in Lebanon at the end of the present year. It is badly needed to supply reliable spare parts with competitive prices.” NomandII Zotye car has been met with an unequalled acceptance in Saudi Arabia, Egypt, Jordan, Sudan, Algeria and all other markets. Thus, MJK has made an agreement with a special agency for distribution in Saudi Arabia .The inauguration of this new car in Doha constituted a true surge and new breakthrough in the evolution of the Chinese automobiles, which are known around the world in respect of being an economical, practical and family car, which has come in a new mode, with more attractive and more spacious novel design. HE Sheikh Muhammad Bin Hamad Bin 'Abdullah al-Thani mentioned that : “ Our choice of the Chinese car ‘NomandII Zotye’ is based on the following facts:(1 ) it is an economical car, (2) new additions which are not available in some other cars,(3) the price is reasonable and competitive(QR 46.000 including full insurance compared with other cars 64.000 minimum),(4) dual gearbox, manual and automatic for small cars, (5)specialized center for maintenance and cheap spare parts , (6)express services according to international specifications, and (7) car tests have demonstrated high quality and first class performance, which exceeding our expectations. We, at MJK, seek to meet the needs of companies and establishments in Qatar since we have prepared a special package with special facilities in respect to operations of purchase and payment.”