Filipino teachers in community schools get a better pay deal 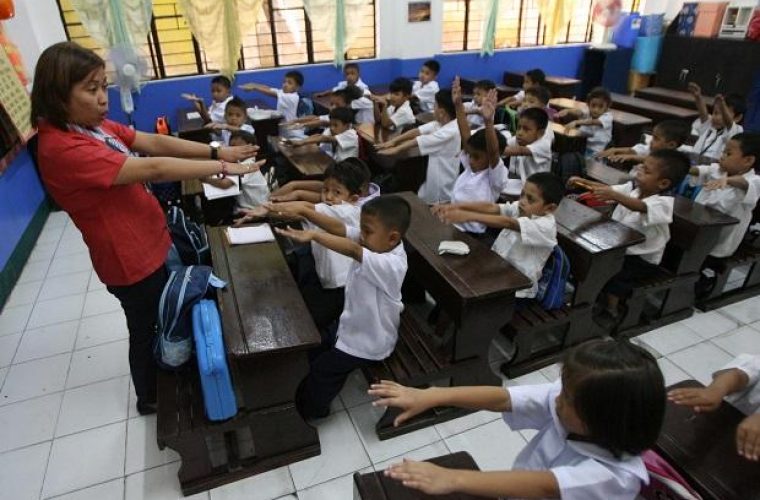 Philippine community schools in Qatar pay their teachers comparatively better salaries, though the remunerations do not commensurate with their qualifications and workload, Gulf Times has learnt.

Teachers are paid in the range of QR3,000-4,000 per month along with free accommodation and transport, sources said.

A school official who refused to be named disclosed that their package was one of the best for any Philippine school in the Middle East. It is also higher compared with the salary back home, he claimed.

Teachers who have been given extra positions of responsibilities such as being an adviser receive an additional QR1,000 monthly, he said.

In some cases , Filipino teachers get QR500 extra for the tutorial job in the schools where they work. They spend about an hour and a half after their regular classes for the additional work.

“Sometimes, we only monitor and check if they do their assignments or homework properly,” one teacher added.

“In my case, I’m receiving about QR6,000 a month but of course it also demands that I spend more time in school and take part in a number of activities,” said one elementary teacher.

For those who want to live out, the school provides additional allowances that includes housing (QR1,000) and transportation (QR500).

About the accommodation provided by the school, she said each room normally houses at least two persons.

One teacher said she spends two to three hours a day for at least four to five days a week on private tuition.

Parents, mostly Egyptian, Lebanese, and Qatari would request to tutor their children for a week or more before the start of major exams, she said.

With private tuition, some of the teachers earn up to QR3,000 per month besides their regular salary from the school.

But private tuition is also seasonal, according to sources. During holidays such as the Eid festivals and the summer vacation, Arab children usually travel out of the country.

Following the curriculum and system of the Department of Education in the Philippines, Filipino teachers are given at least two months leave with pay every year. Sources said they availed the vacation from April to May. The schools also provide return air fare.

Teachers working in other Philippine schools in Doha said they received less, about QR3,000 but enjoyed the same benefits like free accommodation and transport .

“We will be happy to receive more but we don’t have a choice but to be content with what we are paid,” they added.

As in most other community schools the compensation package of teachers at the only school run by Qatar’s Sri Lankan community is pathetic, to say the least.

The school employs both locally recruited and overseas teachers. The salaries being paid to the teachers brought in from Sri Lanka are slightly better than those recruited locally, it is understood.

While most overseas recruits are paid about QR2,500-3,000, the locally recruited are given abysmally low salaries of QR1,500-1,600, which is less than what is being paid to some of the housemaids and nannies in the country.

Sources within the community said only a handful of teachers are paid in excess of QR3,000.

The school located in a rented premises off Salwa road has about 800 students. It is affiliated to the South Asian nation’s embassy and is working as a no-profit organisation, according to details published on its website.

Inquiries with the parents of students studying in the school found the tuition fee alone comes to anywhere between QR2,700 and QR3,000 per term of four months for children of classes between 7 and 10. And for classes at lower level, it is between QR2,500 and QR2,700.