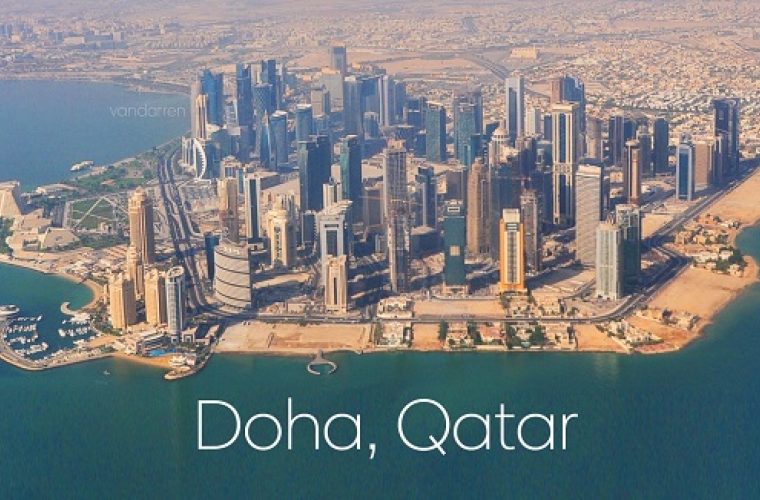 Doha, being a major business hub, witnesses the arrival of a steady stream of expatriate workers, many of whom also bring their families. Like in any other place, finding the right accommodation is the biggest challenge for them. A variety of options are available in the city and its surrounding areas, including apartments, individual villas and compound villas, and, if chosen carefully, one can get a very good deal. Following are some of the most popular residential areas in Doha and its immediate neighbourhood. 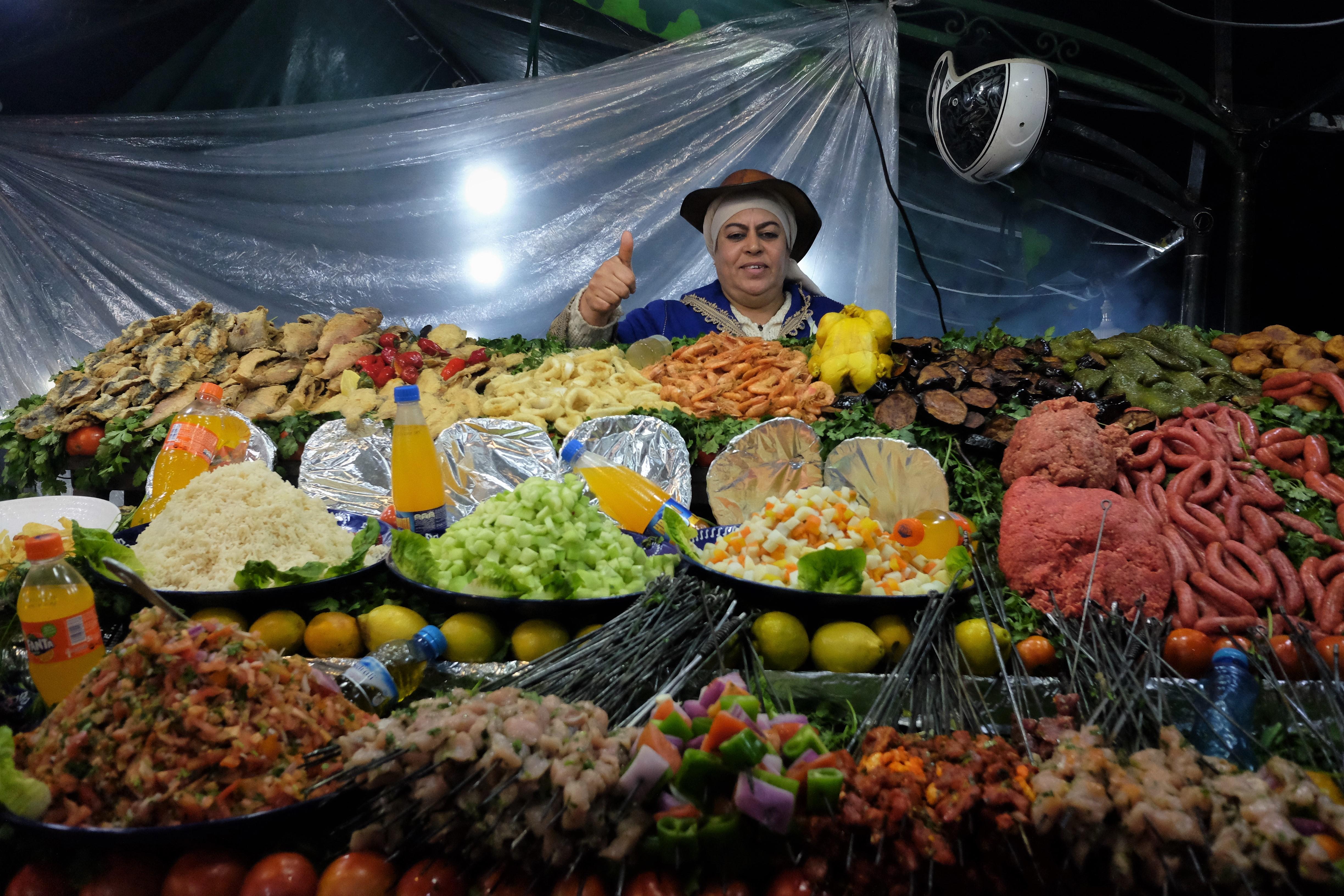 This area, in many ways, is the heart of Doha. A historic neighbourhood that had fallen into disrepair is now being remade completely to develop a new township in downtown Doha that will completely transform the city. Located strategically, Musheireb is not very far from West Bay, the Corniche and Souq Waqif, among other key Doha locations. It also has a number of commercial and retail outlets, catering to the different requirements of inhabitants. You can find both residential and commercial properties in the area. If you don’t mind the ongoing construction and infrastructure works, this is a great place to live in.

A two-bedroom furnished apartment in this area should cost you around QR7,000-10,000.

Al Waab is a settlement situated between the municipalities of Doha and Al Rayyan in Qatar. This is one of the most popular neighbourhood for expatriates in Doha. Although the area is removed from the bustling side of the city, Al Waab has numerous attractions. Key locations include the Doha Sports City, Aspire Tower and Khalifa Stadium, as well as Villagio Mall. There are a number of schools in the area as well. Even if your workplace is far away from this location, the commute is worth it as Al Waab provides a high quality of life. There are a number of compounds in the area and some standalone villas also.

The rent for compound villas with different facilities ranges from QR11,000–20,000 per month, in general. 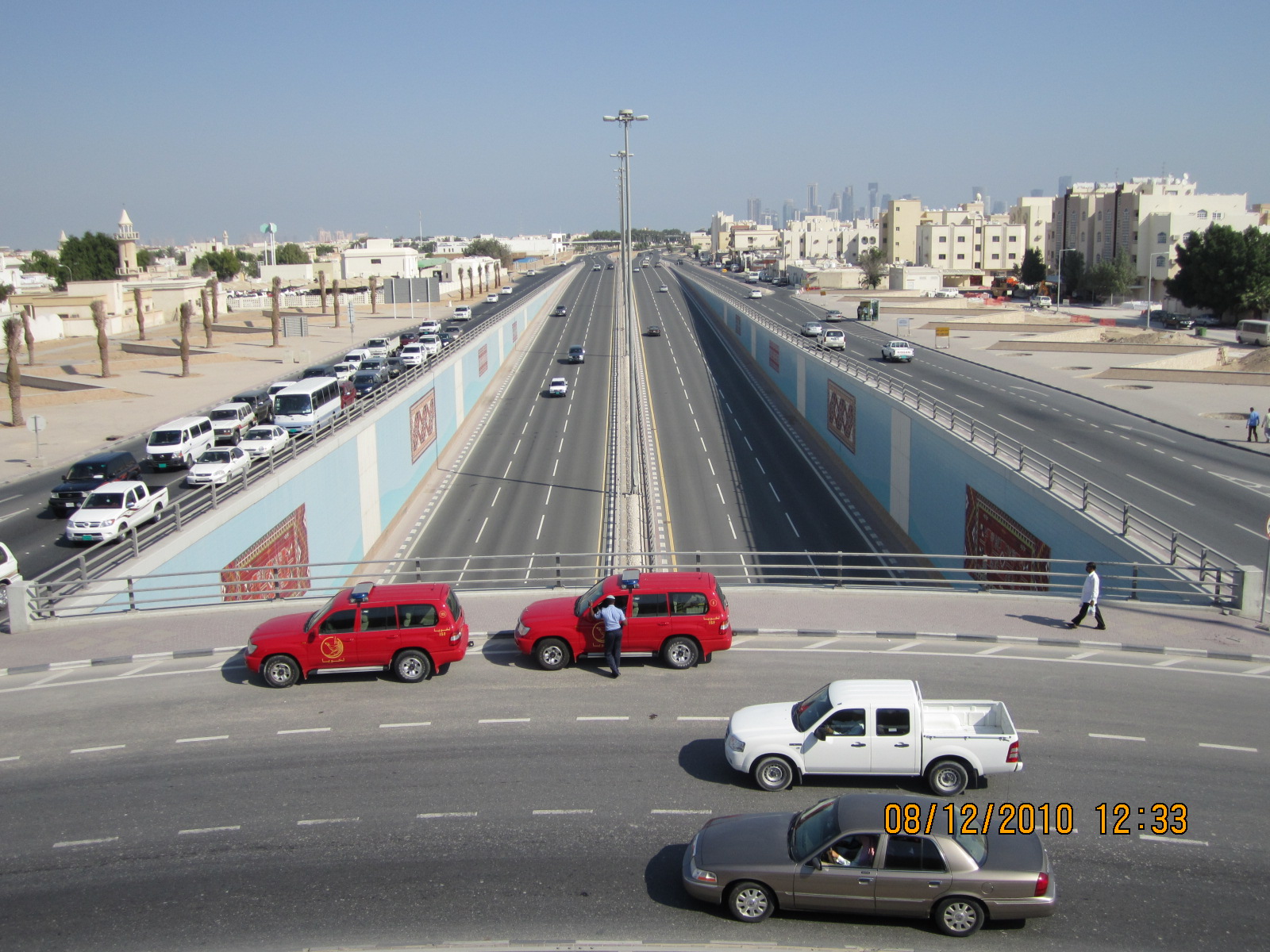 This is becoming a highly popular area with families. It is close to Landmark Mall, LuLu Hypermarket, Ezdan Mall and Gulf Mall. It also has a number of shops closeby on Khalifa Street, offering reasonably priced food options as well as different kinds of products. There are a number of schools and kindergartens, too, in the area, along with Dahl Al Hamam Park in the vicinity. Witnessing rapid development, this area - divided into north and south - is a convenient place to stay in. There is a mix of apartments, standalone villas and compounds.

You can expect to pay around QR16,000 per month for a three-bedroom villa. A two-bedroom apartment in the area will come with a monthly rent of QR7,000-8,000. 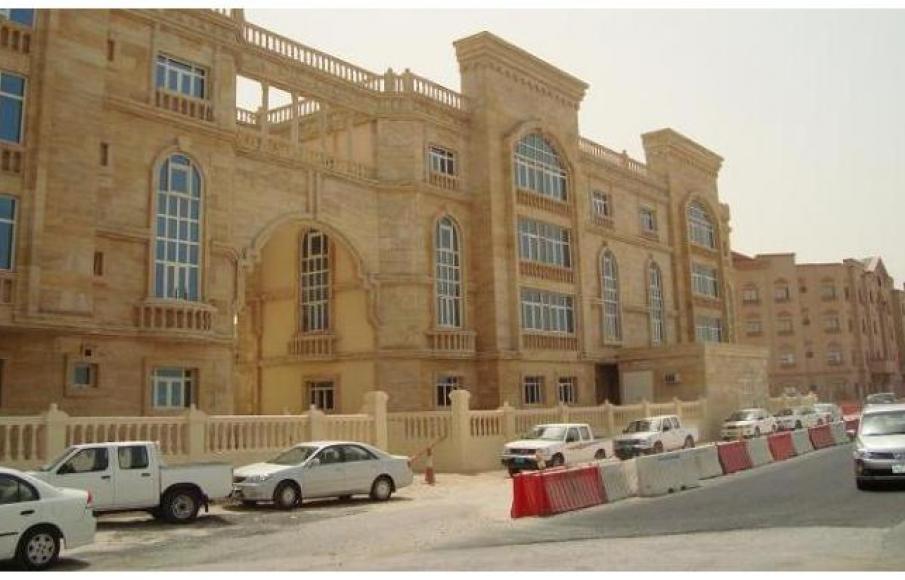 Al Sadd is one of the prime neighbourhoods of Doha. It is home to the football team, Al Sadd, and the Al Sadd sports complex. A busy commercial area, Al Sadd is dotted with a number of shops, cafes, juice bars and local businesses, besides malls and hotels. Being a very busy neighbourhood, parking in and driving through the area may be a little tough at times. One can find mainly apartments here along with some older compounds. 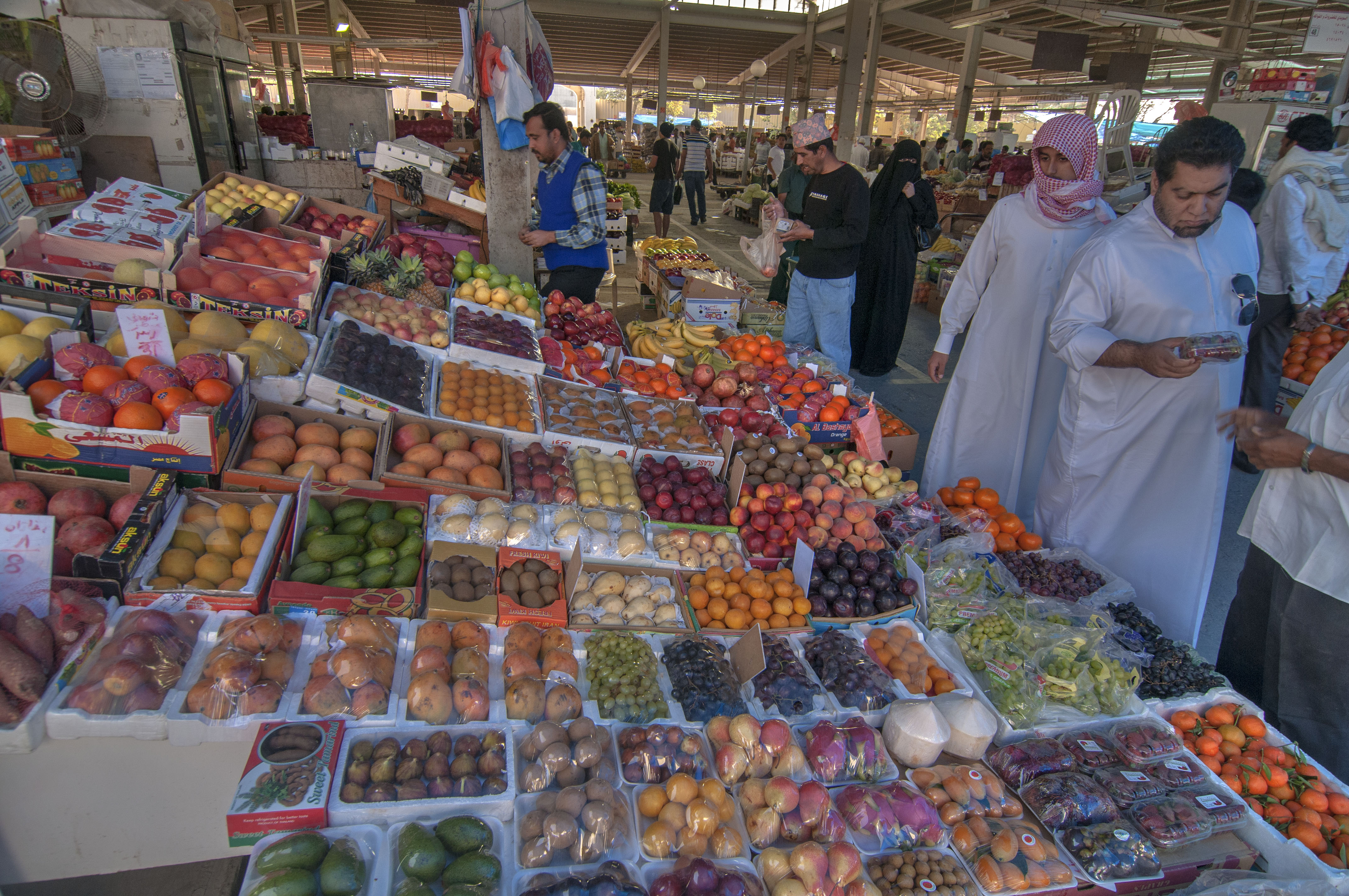 Abu Hamour is a settlement in the municipality of Al Rayyan in Qatar. Developing at a rapid pace, Abu Hamour is becoming a favourite destination for retailers and residents alike. Considered a more affordable option, the area is witnessing a boom in residential complexes and apartments. It is close to several schools and there are also a number of nurseries/kindergartens in the area. It is very close to the central fish and vegetable markets as well as the plant souqs. The place is also home to Safari Mall and Dar Al Salam Mall. Even though the drive to and from the heart of Doha may be a little tedious, Abu Hamour is becoming a popular residential area. 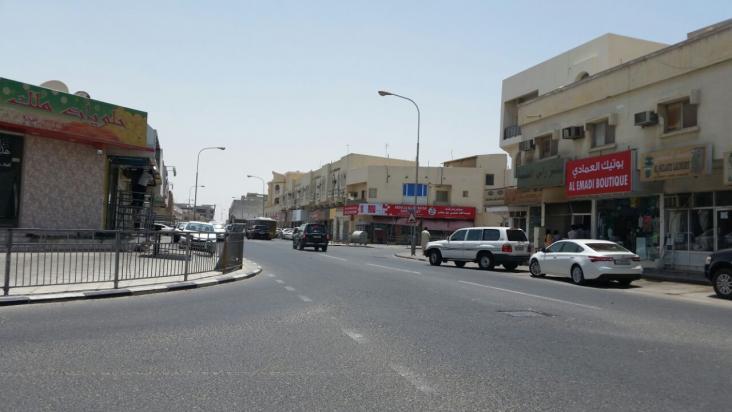 The Old Airport area, or Matar Qadeem, is one of the most popular residential hubs in Doha. While there is little green space in the bustling neighbourhood, there is no doubt that Old Airport is one of the most convenient locations in the city with shopping centres, schools, restaurants, different retail options and other facilities. It provides easy access to Hamad International Airport and is also connected to the two arterial roads - E-Ring Road and D-Ring Road.

Two-bed apartments cost QR6,000 and above while compound villas come at over QR10,000. 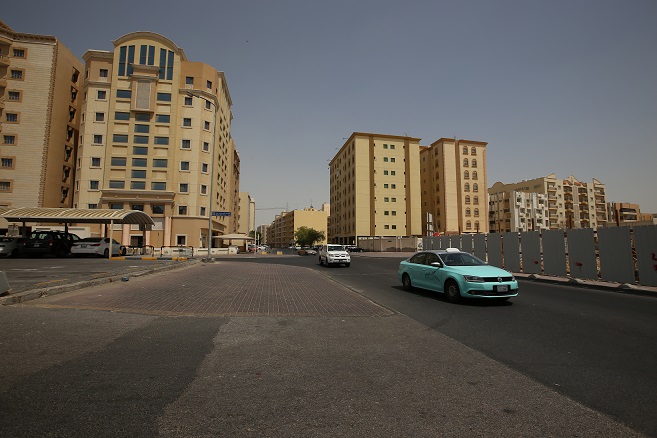 Another hot favourite, Mansoura belt provides ample residential options through a variety of apartment blocks. Easy to access, this neighbourhood is home to a large number of shops, money exchanges, eateries, a hypermarket and more. Though some roads are narrow, it is still a much-sought-after residential neighbourhood due to its strategic location and the facilities on offer.

Apartment rents start from around QR5,500, going up to around QR9,000 depending on the size and amenities available. 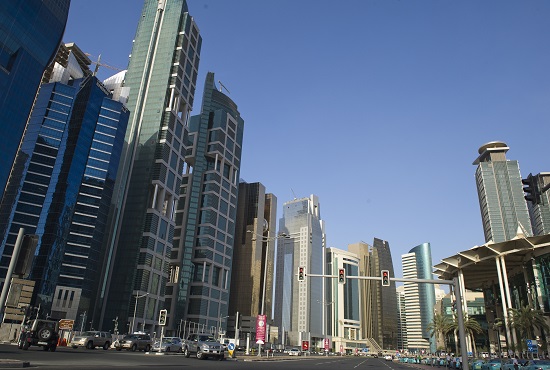 West Bay Lagoon is the most upscale area of the city. With a variety of lifestyle options, from high-rise apartments to luxurious waterside villas, the area was developed primarily targeting Western expats. City Center Doha, along with a number of hotels and offices, make West Bay a glamorous yet functional place to live in.

A fully furnished two-bedroom apartment in the area will cost around QR13,000 per month, while villas come at rents that sometimes exceed QR30,000.

A happening neighbourhood located close to some prime retail, hospitality and food destinations, Bin Mahmoud is the first choice for many flat-seekers.

The place is dotted with a number of multi-storeyed apartment blocks, with rents starting from around QR6,500 for a two-bedroom flat. Some premium apartments come at around QR10,000.

Known for its premium villa compounds, this neighbourhood is also conveniently located and well-connected to key roads. It is also in close proximity to a hypermarket and a mall.

Rents for some of these upscale villas can easily exceed QR15,000 a month.

Located close to the Old Airport area and between E-Ring Road and F-Ring Road is Al Thumama, a relatively new and fast-emerging residential area. A planned neighborhood, the area is becoming increasingly popular with expats. Apart from some schools and nurseries, Thumama houses the the new Kahramaa Park, a state-of-the-art educational and recreational park that encourages greenery.Rents are also on the affordable side in general. It is now home to a new hypermarket and provides easy and quick access to Hamad International Airport.

You can choose between a variety of villas and apartments to suit your budget, costing anywhere between QR5,500 and QR8,500, and sometimes going beyond that. 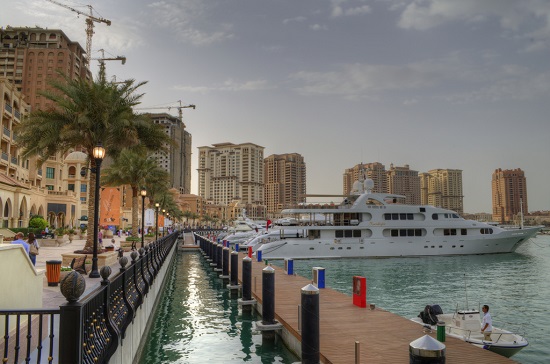 The jewel in Qatar’s crown, The Pearl-Qatar is the most talked-about area in the city. Located near West Bay, it is developed on 985 acres of reclaimed land. Apart from luxurious and facility-rich residential buildings, there are a number of designer shops, restaurants, premium automobile showrooms, luxury hotel and a cinema. The area provides an exclusivity that is hard to match. No wonder it is a favourite with many inhabitants of Qatar.

Apartments can be found from QR10,000 upwards with a furnished three-bedroom flat costing around QR16,000. A three-bedroom townhouse was recently advertised for QR25,000 per month.

Al Wakrah is located on the outskirts of Doha and is a separate municipality. Being a relatively affordable area, Wakrah is a highly popular residential option for inhabitants. Located along the coast, the place has a family beach that is open to the public as well as Wakrah’s own version of Souq Waqif. Though the commute can be time-consuming, the place is worth it as it is well-connected, convenient and peaceful. It is also home to a massive Hamad hospital and some schools and other facilities.

A two-bedroom apartment starts at around QR5,000 per month, with great deals often available in the numerous compounds that dot the area.

However, ther are many other residential hot spots in Qatar including Gharafa, Muntazah, Bin Omran. Tell us about your neighbourhood and what makes it your favourite.