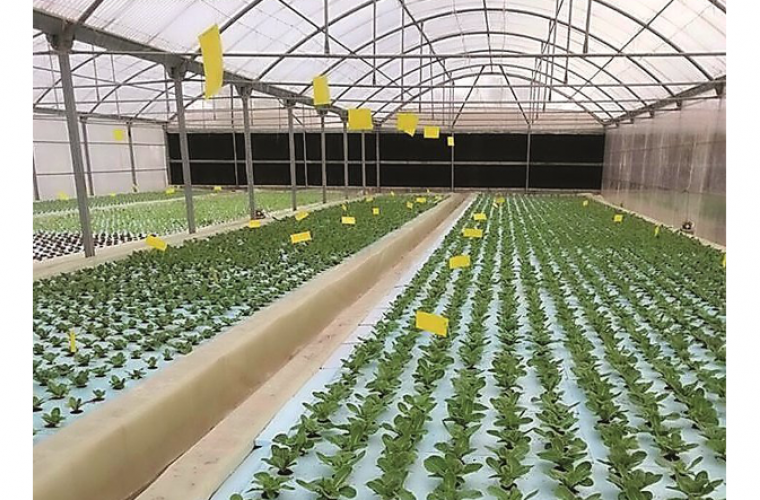 Qatari farms have increased their produce by more than one hundred percent since the siege was imposed on Qatar one year ago, and over 400 protected houses (shaded agricultural facilities) were also built at a number of farms, said a source at the Ministry of Municipality and Environment.

“The farms have increased their production more after the siege, and there are about 1400 agricultural farms in Qatar most of them located in the northern areas. The increase is only in the number of protected houses while the number of farms remains the same,” an official source said yesterday.

He also added that the Ministry of Municipality and Environment is ready to provide all support to these farms like equipment, vehicles, guidance, and agricultural fertilizers.

“The agriculture produce in Qatar has been increased and witnessing rapid development. For example, the Global Farm has added more than 85 protected houses in the last one year and the percentage of production has increased by 35percent,” said Ali Ahmed Al Kaabi, owner of the Global Farm.

“We also have a company to build greenhouses for other clients which is being done in collaboration with Qatar Development Bank. The company has constructed more than 400 greenhouses since the siege was imposed on Qatar,” he said.

In order to enhance local food production, a number of local companies have provided initiatives that aim to encourage non-productive local farmers to increase their produce. These initiatives include providing technical support and purchasing the annual production of vegetables and fruits from local farmers and then marketing and selling them in the market.

The Ministry of Municipality and Environment has already said that it has plans to expand cultivated land of local farmers in order to increase the productive farms which provide produce to the market.

The Minister of Municipality and Environment H E Mohammed bin Abdullah Al Rumaihi said in an earlier interview on Qatar TV that Qatar would become self-sufficient in fresh meat by producing 100 percent of its requirement by the end of the current year besides producing 20 percent of frozen meat.” He had also said the Gulf crisis had helped Qataris to increase food production including poultry products, which had surged from 40percent to 80percent. There is around 1.5 million of livestock in Qatar currently, which include 40,000 cows and 70,000 camels, according to some latest reports. (Source)