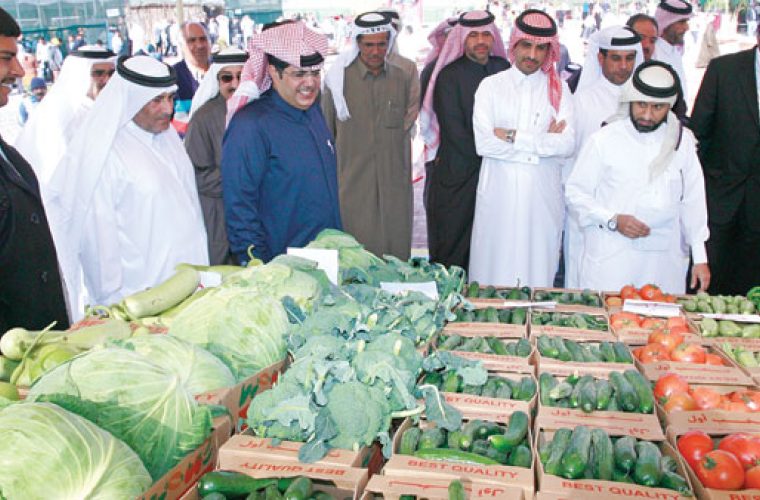 The Al Khor-Al Dhakira Yard opened yesterday at Al Khor city, offering fresh farm produce to the area’s residents. All kinds of local farm products including vegetables, seasonal flowering plants, indoor plants and even some farming tools and equipment are on sale. The yard, which can be described as a kind of farmer’s market, stems from the country’s long-term vision to have a sound food security programme. The market was officially inaugurated by HE the Minister of Environment Ahmed Amer Mohamed al-Humaidi in the presence of several senior officials from the local municipalities. Speaking to Gulf Times, Tarek al-Tamimi, head of technical, Al Khor Municipality said: “Through this market, we aim to enhance the way we serve and support the local community. While local residents can now obtain fresh farm produce at lower costs, the farmers can sell their products directly to the customers, thus eliminating the need for a middleman. We currently aim to keep the yard running for at least five months; we will review the situation when the summer begins regarding future plans.” Several stalls are in operation as farmers have brought in significant variety of locally produced fresh vegetables including beans, cauliflower, cabbage, broccoli and even bitter gourd. Diverse seasonal flowers in various hues are also attracting shoppers with a green thumb. Some popular imported fruits are also available. Local residents who arrived early yesterday looking for newly-picked farm produce were not disappointed. “The quality of the local products are impressive and we are very satisfied. However one problem we face is that vegetables are sold only in boxes and not in smaller amounts. The only way we can buy such large quantities is to buy a box and share it among us”, pointed out a group of women who had done some significant shopping. In addition to supporting the local farmers, the market also promotes budding entrepreneurs offering local merchandise. Fatima Salem al-Rumeihi is one such emerging business woman who runs a food stall at the market. “We offer various kinds of home cooked, traditional Arabic fare including sweetmeats, snacks, piping hot biryani and local treats. In addition, we also sell homemade products such as freshly ground spice powder and ghee,” she says pointing to the various food items she has stocked in her stall. The market is located in the grounds opposite the Al Khor Hospital, adjacent to the substation in Al Khor. It will be in operation on Thursday, Friday and Saturday every week from 7am to 5pm. http://www.gulf-times.com/qatar/178/details/377344/-farm-fresh-produce-for-residents-of-al-khor