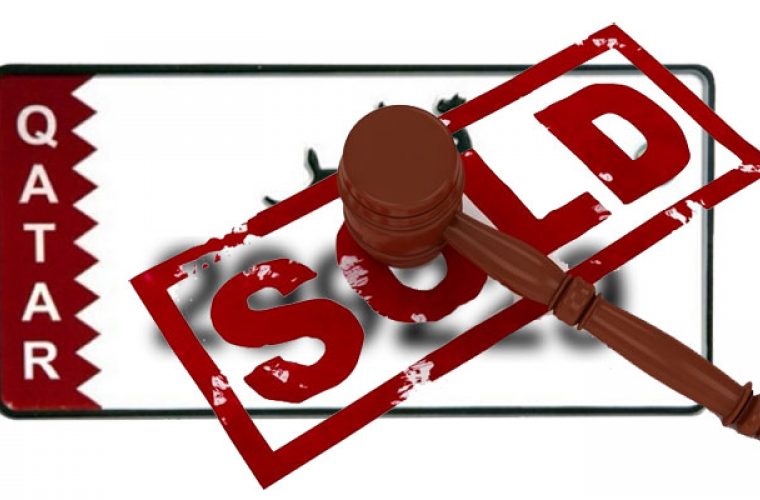 There is so much craze in the cash-rich Qatari community, particularly among the youth, to own fancy car registration numbers that many of them take bank loans and some even sell their properties.

A Qatari, Abdulaziz Azzam, estimates that annual turnover involving pricy car number plates in Qatar could be equivalent to the budget of a small country.

“It is simply a piece of iron but some people are crazy enough to take bank loans to buy fancy car numbers. Some even sell their land and property to own such numbers,” he said.

The hobby is catching up particularly among Qatari youth. Ali Yusuf, another Qatari, told Al Sharq that he bought an easy-to-remember car registration number for QR800 some 15 years ago and its price today was a million riyals.

“But that is nothing. There are such pricy car number plates which are even worth QR15m and more,” said Yusuf.

A collector of fancy car number plates himself, he said it was his hobby. “In the days gone by our forefathers worked really hard to earn a riyal so they could buy food, but the new generation, with access to wealth, has no value for money,” Yusuf said.

“The dream of most people today is to buy fancy car registration numbers, luxury watches, sunglasses and cars even if they must take huge bank loans and get into a vicious debt trap.”

Al Sharq said that there is much demand for such numbers and that explains why there are even websites which people access to trade in fancy car registration numbers.

The daily spoke with an imam, Mohamed bin Hassan Al Miraikhi, and he said that buying such numbers was a criminal waste of money.

He advised youngsters to desist from indulging in such wasteful activities. “Why spend so much money only to own a car number plate?”

Al Sharq, on its website, conducted a survey with 50 people participating in it. They were selected randomly using the social media. A majority 82 percent of them said they thought it was a sheer waste of money to buy fancy car registration numbers.

However, the remaining 18 percent said people had the right to spend their money the way they wished to.