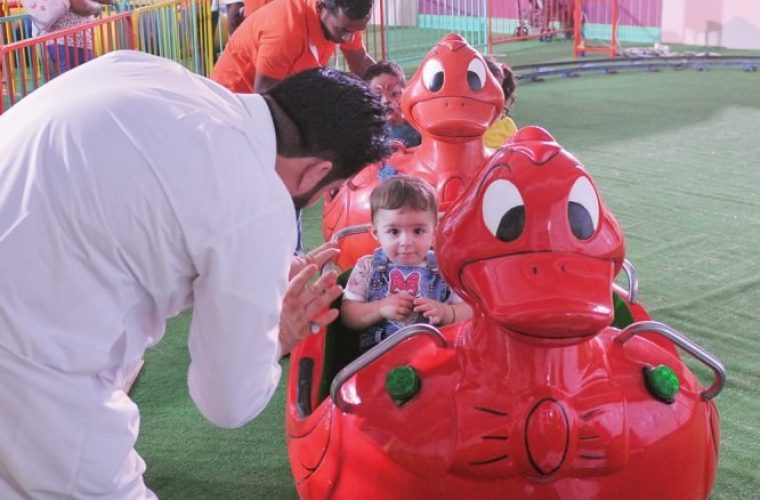 Visitors comprising mostly families trooped to Souq Al Wakrah for a terrifying experience at the Bou Deryah horror house, the first of its kind at the Souq, and try out dozens of family rides and games at the large air-conditioned tent specially erected to house all the fun activities for children.

“We wanted to take advantage of the last day of the activities here for our children to have fun before school starts,” said Hassan, a father who brought his two young children to enjoy some of the unique games at the tent.

At Souq Waqif’s Al Ahmed Square, visitors thronged the last shows of the international circus which comprised a wide variety of acts by artists from Europe and Asia. They also had fun playing skills games and enjoying a number of kiddy rides inside the white tent.

“The kids were totally entertained watching the circus show and they also enjoyed playing some games as well,” said Marnie, adding she always takes her children whenever there are festivals organised at Souq Waqif.

She lauded the souq for organising different events and festivals every year which give joy to children as well as provide added value to the souq as a must-visit tourist hub.

The Eid celebrations at the two souqs were organised in line with Summer in Qatar (SIQ) programme which is presented by Qatar National Tourism Council and included live concerts, comedy and family shows, summer camps, workshops and game parks as well as shopping, hospitality and travel promotions, among others

Although SIQ officially concluded yesterday, there are still remaining shows that people can watch today including the final shows of famous Arabic singer Kadim Al Saher and the Blue Man Group show both at the Qatar National Convention Center as well as the Kuwaiti play “Khutuat Al Shaytan” at the Qatar National Theatre.

Also, there are still a number of shows and activities to catch at SIQ participating malls including Nickelodeon Rocks which concludes today at Mall of Qatar and the first-ever Lego Festival which runs until September 17 at Doha Festival City.

The centrepiece of Summer in Qatar, the Summer Entertainment City is still open at Doha Exhibition and Convention Centre until August 23.