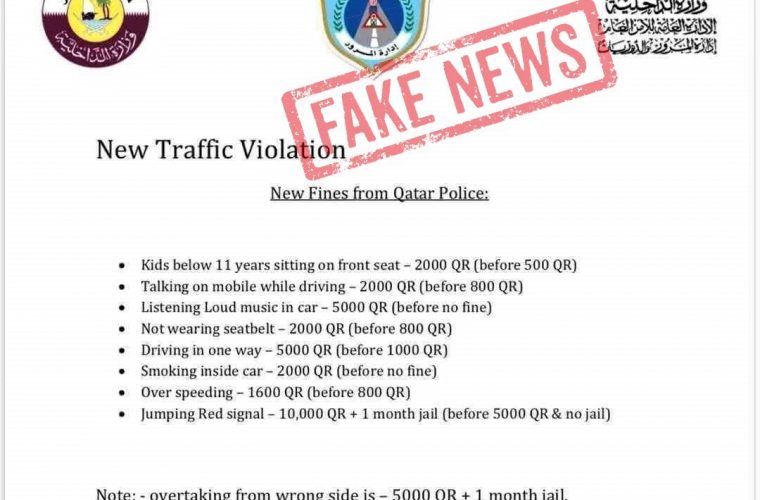 A fake image showing a sharp rise in traffic fines is being circulated on social media channels. The image showing new traffic fines, claiming that it is from Qatar police department. It is being shared on social media (specially on WhatsApp) where extra rates are mentioned for every violation with the highest being QR 10,000 along with one month jail term for jumping red signal.

The picture also includes the MOI logo along with that information to make it look more authentic.

Ministry of Interior has repeatedly cautioned people in Qatar against spreading rumours without verifying the news. It is always better to check the source of the news or else get in touch with authorities or news organizations using their social media handles to confirm the information.

Earlier, Ministry of Interior had warned action against those found to be spreading false news after many such news were spreading on Whatsapp groups and it was creating panic among residents in Qatar.

Did you receive this fake image of traffic fines? Do let us know in comments section below, and also tell us your thoughts on how to deal with this kind of fake news. Don't forget to like and share this article - it keeps us going.