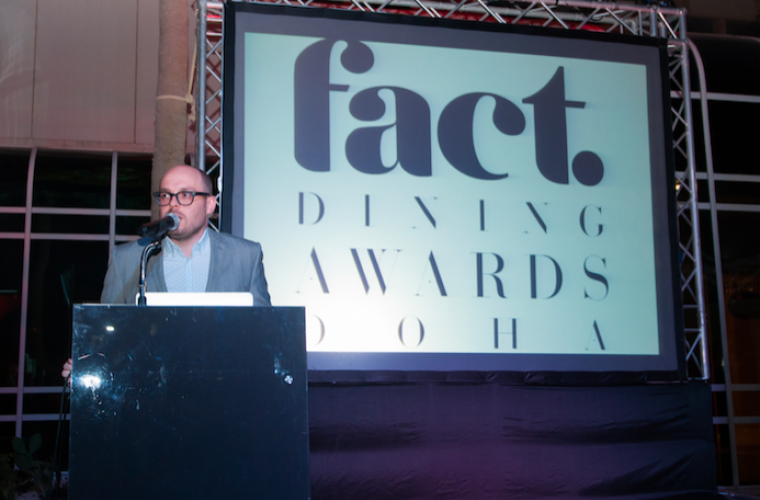 · Over 350 invited guests from the F&B industry will enjoy a sociable evening of entertainment, food and drink

· FACT Dining Awards is part of a wider initiative by FACT M.E. with annual ceremonies in Abu Dhabi and Bahrain, too

FACT Qatar Magazine is set to host another glamorous awards ceremony for its highly successful FACT Dining Awards 2016 campaign, this month. The annual event, returning for a second year, will be held at the newly-opened The Westin Doha Hotel & Spa at The Mix Bar Lounge. Over 350 guests will enjoy a night of entertainment, food and drink, as the winners from the 30 categories are announced.

The FACT Dining Awards recognises excellence in the food and beverage industry, with winners awarded based on both public vote and critics’ opinion. Each category was given two awards, which were divided into a popular choice decided through online voting, and a critic’s choice decided by an independent panel of food bloggers and industry experts in Doha.

Speaking ahead of the event, Edward Smith, Publishing Director at Nans Group, said: “We are thrilled to be adding another edition of the FACT Dining Awards in Qatar, and let me tell you that this year’s event is going to be on a much bigger scale as we have already received over 15,000 votes and have added 16 more nominees to the list, including some heavy weights of the industry, such as Nobu and Toro Toro, just to name a few.

“Also, we are very proud to offer the only restaurant award ceremony based on public voting for food lovers in Qatar,” he added.

To mark the excitement in the lead up to the ceremony, the FACT team recently embarked on a 160 Venue Challenge, with the aim of eating one meal at every nominated restaurant. The foodie journey was documented on twitter (@FactAwardsDOHA).

This month will also see the second annual FACT Dining Awards take place in Abu Dhabi at the five-star hotspot Byblos Sur Mer, InterContinental Abu Dhabi. The FACT Dining Awards have also enjoyed six years of successful campaigns in Bahrain so far, with hundreds of venues awarded for excellence over the years.