Expats will be a problem in future, GCC forum told 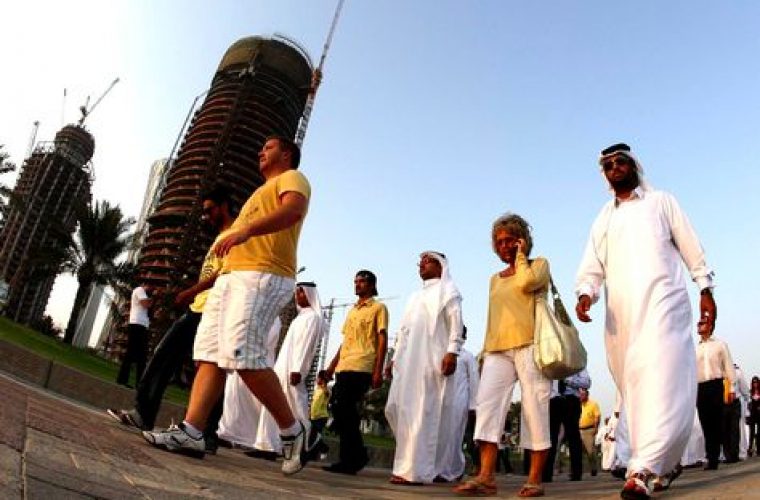 The dilemma faced by Shia populations in GCC states and the large presence of foreign workers in these countries threatening local social values and identity were among the issues discussed at a regional forum that opened here yesterday.

Some 70 researchers are among the scholars, academics and politicians presenting papers at the three-day conference being held at the Ritz-Carlton.

The event is titled ‘The GCC Countries: Politics and Economics in Light of the Regional and International Shifts and Changes.’ It is being organised by the Doha-based Arab Centre for Research and Policy Studies.

The conference was inaugurated by the Deputy Emir,

One of the speakers, Dr Ashraf Osman, a university professor from Sudan, said several GCC states had felt threatened by the 1979 Iranian Revolution.

So, to resist the Iranian model of Islamic identity, a Saudi Arabian identity was created. “This put the Shia natives of GCC states in a dilemma since the latter described themselves as Sunni states.”

This meant that the Shias of the GCC had to be opposed to the Shia state of Iran, said Osman. “So they (the GCC-based Shias) felt torn between Iran and the GCC states.”

Their feelings and sense of belonging were left divided between Tehran and the GCC states. The Shia identity of the GCC citizens who belong to this sect is not acknowledged, he said.

This policy proved damaging as it made Iran more important in the eyes of the GCC Shias.

“There is, thus, the need for political reform,” he said.

Osman said Shias in the GCC states must be re-assimilated as a part of the GCC nation states. They must be brought back into the social mainstream of the GCC.

On the issue of foreign workers, Ali Fakhro, a former Bahraini minister, said the situation was alarming as in 1975 their ratio to the local populations was just 29 percent, but 33 years hence, by 2008, the ratio had more than doubled to 70 percent.

Latest data suggest that there are 16 million foreign workers in the GCC states and they speak some 70 languages, said Fakhro.

Aisha Ettaib, speaking about the foreign workforce in the GCC, said they were needed after the early oil boom but had become a problem now for the GCC economies and societies since over the years they had seeped deep into the roots of the system.

This had prompted GCC states to develop new policies, restrict the number of foreign workers and integrate more locals into their job markets, said Ettaib.

However, to a question if Arabs such as Palestinians living in the GCC region for a long time should be given citizenship, Fakhro said there were no such plans.

Replying to another question as to why GCC countries do not recruit enough Arab workers, Fakhro said companies in the region looked for cheap labour to maximise profits, so while hiring workers they didn’t care if they were Arabs or non-Arabs.

According to Fakhro, the GCC governments also do not encourage recruitment of Arab workers as they fear these workers would bring their local political problems along with them.

Expatriate workers in the region will become a problem in future as they would threaten the local cultures and identity amid mounting international pressure to give them nationality, warned Fakhro.

Talking of the threat to GCC language and identity, the former Bahraini minister said that GCC youths graduating from universities are less proficient in Arabic.

“After they graduate they must be tested for their proficiency in Arabic language and degrees should be awarded to them only if they pass that test,” said Fakhro.

Dr Fatima Al Saigh, from the UAE, said that in her country locals presently constituted only 15 percent, so in 50 years their ratio would become zero.