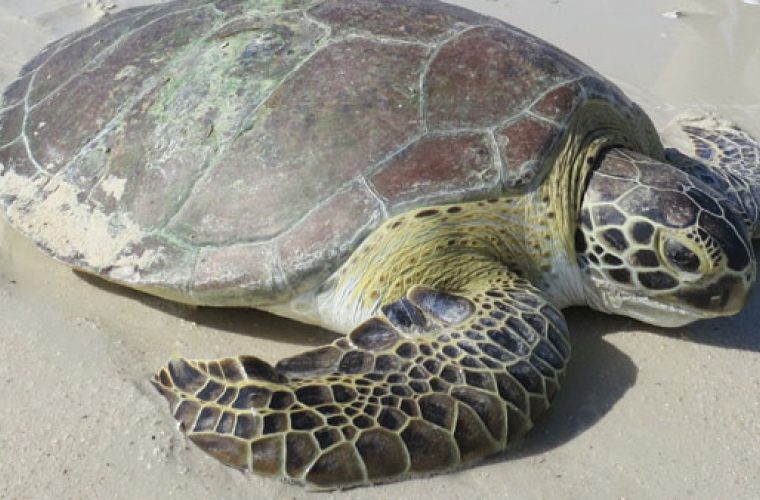 Co-operation between the Ministry of Environment and the Maersk Oil Research & Technology Centre (MO-RTC) has resulted in saving two of the endangered green turtles on the northern shores of Qatar.

Fawaz al-Suwaidi, Director of the Department of Wildlife at the Ministry of Environment, said that the inspectors of the Department of Environmental Protection had recently found two green sea turtles suffering from low body temperature in Ruwais. Marine turtles usuallly experience low body temperature due to cooler waters during the winter months.

He said the two turtles are now receiving medical treatment. He stressed the need to establish a new facility to offer more advanced care for turtles.

The Maersk Oil Research & Technology Centre (MO-RTC) has initiated co-operation with the Ministry of Environment to provide the necessary support to save the two turtles after a similar experience in 2013 , where a turtle, dubbed ‘Pearl Qatar’ was sent back to the sea again, after it was given appropriate treatment.

Abdul Rahman al-Emadi, Director of Maersk Oil Research & Technology Centre (MO-RTC) said : “Mo-RTC has signed a memorandum of understanding with the Ministry of Environment to conduct research on marine biodiversity ... We are pleased with our ability to support the ministry , as we have done so through ‘Project whale shark – Qatar’” .

In March 2012, the Ministry of Environment and the Maersk Oil Research & Technology Centre (MO-RTC) signed a Memorandum of Understanding (MoU) for a new scientific research project that will explore and document the diversity and abundance of marine species in Qatari waters, in particular those found in the vicinity of the Al Shaheen field.

The initial focus for this programme is whale sharks (Rhincodon typus) for which the MO-RTC is supporting the Ministry of Environment’s Qatar Whale Shark Research Project, that commenced in 2010.

In late May 2012, a team of Qatari and International researchers travelled offshore on a 12-day research expedition, accompanied by a world-class underwater camera team to understand why so many whale sharks aggregate in the Al Shaheen area, and to learn more about this elusive species.