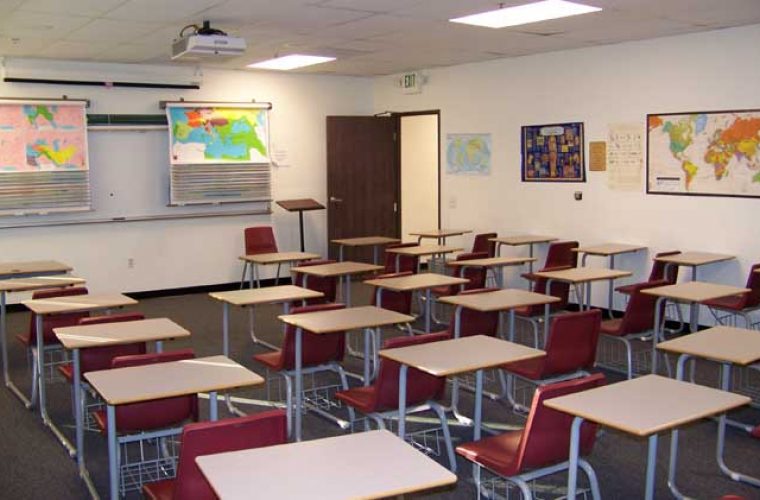 With schools set to reopen tomorrow, many expatriates are still waiting for admissions for their children. Although the opening of new schools has relived those seeking admissions to primary classes, many parents looking for higher classes are still struggling and visiting one school to another.

“The new session is about to start but we are still waiting for admission for our son to fourth standard. I have tried all schools but they say there is no vacancy,” said an Indian working for a construction company.

“However, I am hopeful as some schools have asked me to wait for a few days and, maybe, my son will be enrolled soon. But I am also anxious. My fear is he will miss one year if he does not get admission,” said an Indian working for a construction company.

Schools say they cannot admit more students in a class than the limit stipulated by the Supreme Education Council, the regulatory body for schools in Qatar.

“We have received a huge number of applications. In fact, we are discouraging parents from registering their children,” said A P Sasidharan, Principal, MES Indian School. “Seats in lower classes such as from KG to fifth standard are in high demand. There is also demand for class 11,” he added.

The shortage of seats continues despite the opening of new schools. To meet the growing demand, the SEC had last month allowed the opening of new schools. It also released a list of new private schools granted licence to operate for the academic year 2014-2015. The list included 15 new schools and seven new branches of existing schools across the country. Of these 15 schools, six are Qatari, four Indian, one Finnish, two British and two American. The newly-licensed branches comprise one French, one Syrian, one American, two British and two Indian schools.

Of the new schools, four are in Muaither, including one in North Muaither and two in Al Wakra. There is one new school in New Doha, Ferij Sudan, Al Laqta, Labib, Al Aziziyah, Al Nassr, Al Mamoura, Mesaimeer and Ain Khalid.

“There are long waiting lists and there no guarantee for seats. Some schools have stopped accepting new admissions. Although three new Indian schools have opened, problems remain,” said an Indian mother. “The new schools are also charging more fees than the existing ones.”

“Around 90 percent of seats in KG-1 and KG-2 are filled. However, the rush for classes 1 to 3 is not huge. There are vacant seats in first, second and third standards in our school,” said A J George, Principal, Olive International School. Many people are still on vacation and once they are back, we expect demand for admissions to other classes,” he added.

Olive International School has got permission to start classes from this academic year.

The problem of admission is faced not just by Asians but also expatriates from other countries who are applying to every school where is a possibility. For example, many Qataris and expatriates from Arab and African nations have applied for admissions in Indian schools.

“We have received applications from Asians and Arabs,” said Sasidharan.

“We have received applications from parents of nationalities such as Nigerian, Sudanese, Bangladeshi and Nepalese origins,” George added.

A Nigerian mother whose daughter starts school tomorrow, said, “Luckily, I managed to admit my daughter at an international school which teaches British curriculum. We started seeking admission for her in April and it was not an easy task,” she said.

Another aspect of the shortage of seats can be attributed to parents’ reluctance to have their children enrolled in new schools.

“I think there is no shortage of seats now in lower classes such as KG, and first to third standards because new schools have opened. Demand for new admissions to primary classes will be met by these schools,” said Sasidharan.

The main reason behind the admissions crisis is the SEC’s new directives, limiting the number of students in each class, according to many parents. The SEC has also announced a new rule under which no class can have more than 30 students.

Parents who managed to get admissions for their children complained about higher fees charged by some schools.

“I had applied for admissions in an international school for my two daughters. Initially my daughters did not get admission but later they got it at a new branch of the same school. The joy of having my kids admitted, however, disappeared when I came to know that the fee at the new branch is double compared to the old branch. This was a shock because both branches follow the same curriculum and facilities for students are also same,” claimed an expatriate.

When the parent asked the school about the difference in fees, the management reportedly replied that it had approval from the SEC for a new fee structure. The SEC has put a 10 percent cap on fee hike by private schools. However, some schools with a very low fee structure have been allowed to raise fees by up to 25 percent. Permission to increase fees has been given based on a scientific assessment system, according to the Minister.

“Some schools have been given exception to increase fees by up to 25 percent only if they had a very low fee structure earlier,” he said.

Some parents also complained that some Indian schools demanded tuition fee from April even when a student is admitted to a kindergarten class now.

“These schools charge this fee if the child has not gone to a play school in Doha. We don’t know if it’s compulsory for a child to go to a play school,” said a parent who admitted her child to kindergarten at an Indian school and had to pay fee for full session.

“According to SEC rules, the child should be three years and six months old to get admission in a school. If we had sought admission in April, the child would have been underage for school,” said the parent.

However, when asked at a press conference at the SEC on Wednesday, the Director of Education Institute, Fawziya Abdulaziz Al Khather, said, “The policy on school fees is it starts with the admission of a child.”

The SEC stressed that parents have the right to ask the management of private schools directly whether they have got approval from the SEC to open and receive students for this academic year. Experts say parents should not register their children in schools which have not yet finished the licensing process.