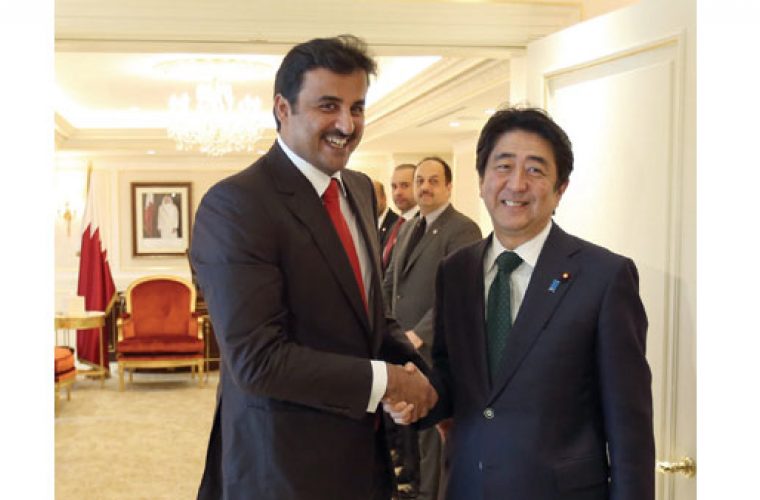 HH the Emir Sheikh Tamim bin Hamad al-Thani yesterday met Japanese Prime Minister Shinzo Abe at the premises of Qatar’s permanent delegation to the UN in New York. The meeting reviewed co-operation between the two countries and ways to develop it. They also discussed a set of issues on the agenda of the 70th session of the UN General Assembly. Members of the official delegation accompanying the Emir attended the meeting.