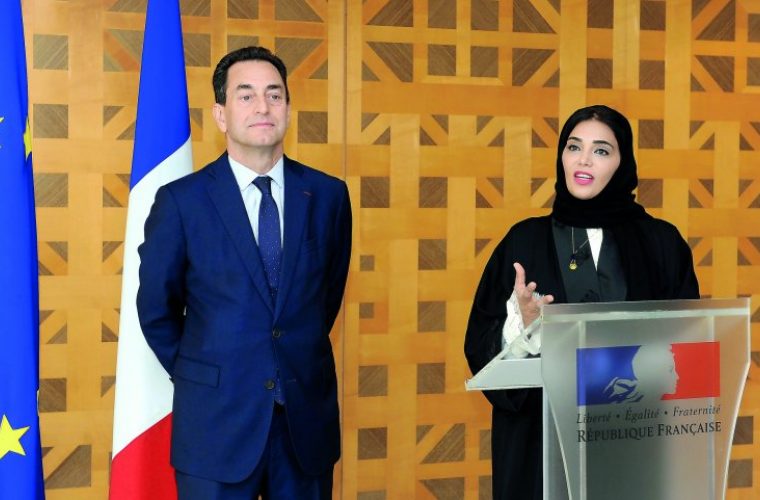 The Qatari women have entered into business, arts, politics and many other fields and succeeded due to their education, said Dr Amal Al Malki, Founding Dean of the College of Humanities and Social Sciences (CHSS) at Hamad Bin Khalifa University (HBKU) after being selected by the French Ministry for Europe and Foreign Affairs as “Personnalitéd’Avenir Genre”- “Gender Equality champions”.

“The Qatar National Vision 2030 will achieve more ambitions of Qatari women and today we have four women in the Advisory Council and one minister in the cabinet. I hope to see more than one woman as ministers,” she added yesterday on the sideline of a press conference held at the residence of French Ambassador to Qatar.

The program aims at providing participants with genuine knowledge gender equality issues and policies in France as well as highlighting the activities of women and their contribution to gender equality in their respective countries. In this context, the Ministry for Europe and Foreign Affairs invited several Arab women who are particularly engaged in campaigns for gender equality, to Paris, in spring 2018.

Eric Chevallier, Ambassador of France to the State of Qatar said: “Gender equality is one of the key focuses of France’s external action, as stressed by our President during his speech before the United Nations General Assembly last September 2017.”

“In this context, the Ministry for Europe and Foreign Affairs has decided to invite 11 women from North Africa and Middle East region particularly active in the promotion of gender equality, to participate in a Forum, in Paris from April 9 to 13, 2018. I am particularly pleased that Dr Al-Malki was chosen to participate to this international Forum.”

Dr Amal Al Malki, also said: “Growing up with a strong conviction of women’s abilities and potential has dictated my studies, research interests as well as social engagement. I am, like all Qatari women, blessed to have a strong female leader – Her Highness Sheikha Moza bint Nasser – who has single-handedly changed how society perceives women (especially working women), giving us legitimacy and respect. Qatar is advanced in regards to women rights as a part of its overall social justice and equality agenda. Therefore, as a Qatari academic, I feel it’s my duty to participate in dialogue about women equality and empowerment, and engage with government as well as the local and global communities.” (Source)