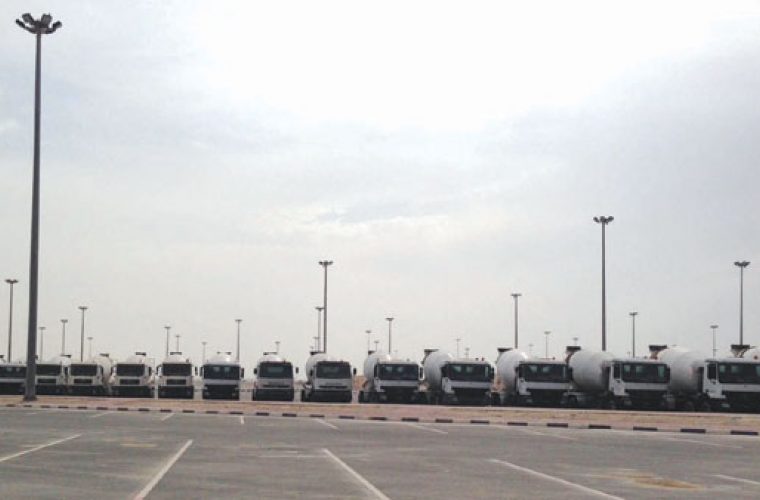 While Barwa Al Baraha can accommodate more than 4,000 heavy vehicles, only a few dozen are parked there at present and no new trucks have arrived since the ban came into effect on January 30, according to an official posted at the yard.

Heavy vehicles are yet to turn up in large numbers at Barwa Al Baraha, which is said to be the world’s biggest truck parking yard, as drivers continue to flout the new government rules.

“No new trucks have arrived since the ban took effect on January 30,” an official posted at the truck yard in the Industrial Area told Gulf Times.

“Maybe the truck drivers are waiting for the government to launch a crackdown and only after they are fined that they will start to show up at the
yard in large numbers,” the official added.

Truck drivers, meanwhile, say it’s not like they do not want to follow the rules, it’s just that their supervisers and owners have not instructed them to do so yet.

Also, an owner of a logistics company said: “Big companies that have labour camps will have no problems with the new rules because after the shift ends, the driver will park his vehicle near the grounds of the camp and also rest there. The problem is going to be with small companies whose drivers practically live in their trucks. They will park wherever they find an open space near their site because they have to be at the project site on time.”

The Ministry of Interior’s Traffic Department had announced that with effect from January 30 this year, it would ban the parking of “trucks, machinery, equipment vehicles and tractors or any mechanical vehicles, including trailers or trailer engines, in Doha city and its suburbs, including Lusail, Gharafa, Wajbah, Muaither, Rayyan, Airport, Hilal and
Mesaimeer”.

Also, on January 9, it was announced that the Barwa Al Baraha Project had become “fully operational”.

This yard is capable of accommodating more than 4,000 heavy vehicles and is located on Street 52 at the southeastern end of the Industrial Area. This facility will be free for the first six months, after which QR15 will be charged from each truck per entry.

There are 16 parking zones, which could accommodate trucks and trailers of different sizes and capacities. The complex houses as many as 17 service buildings, including a monitoring station, fuel stations, cafeteria, lounges and comfort stations. It also has a private car parking area for the truck owners and others coming to the area. Services such as truck wash, maintenance and replacement of tyres are also provided.

The parking has eight entrances and 12 exits to ensure smooth inward and outward movement of vehicles. Fire alarms and fire-fighting equipment are also in place.

A centre for periodic inspection of vehicles is being developed on an area of 4,500sqm, along with a diesel-filling station spread over 16,000sq m. The parking areas are also colour-coded to differentiate between bays for trucks of different sizes.