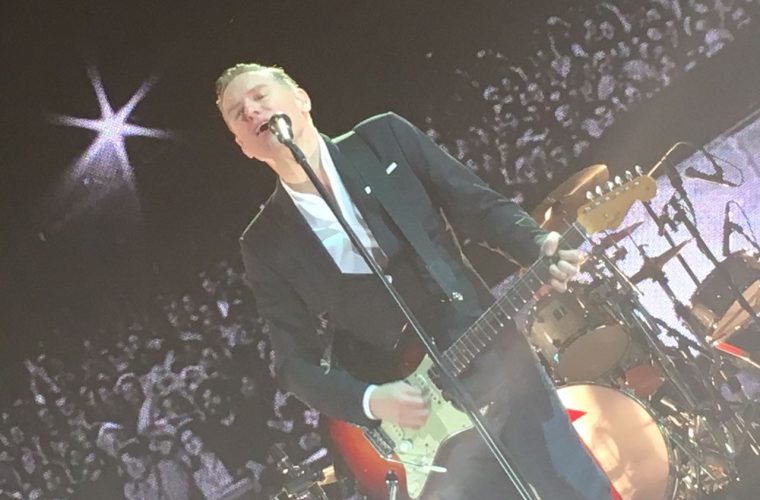 When Grammy Award-winning Canadian superstar Bryan Adams announced his first show in Qatar in seven years, to be held on March 15, 2017 at The Grand Hyatt Doha, tickets soon sold out to nearly 3,000 eager concert-goers. However, according to a report by Doha News, a number of women in hijab were denied entry to the beachside venue, along with their 'friends, relatives, and spouses'. While the Doha News report stated that 'nearly four dozen' concert-goers weren't allowed inside the venue due to dress code restrictions, other visitors who were in attendance have been vocal on social media saying that figure was much less.

Many of those ticket-holders who were allegedly prohibited from entering the concert took to Twitter to voice their displeasure over what they interpreted as overt discrimination on the part of event organizers and hotel security staff. 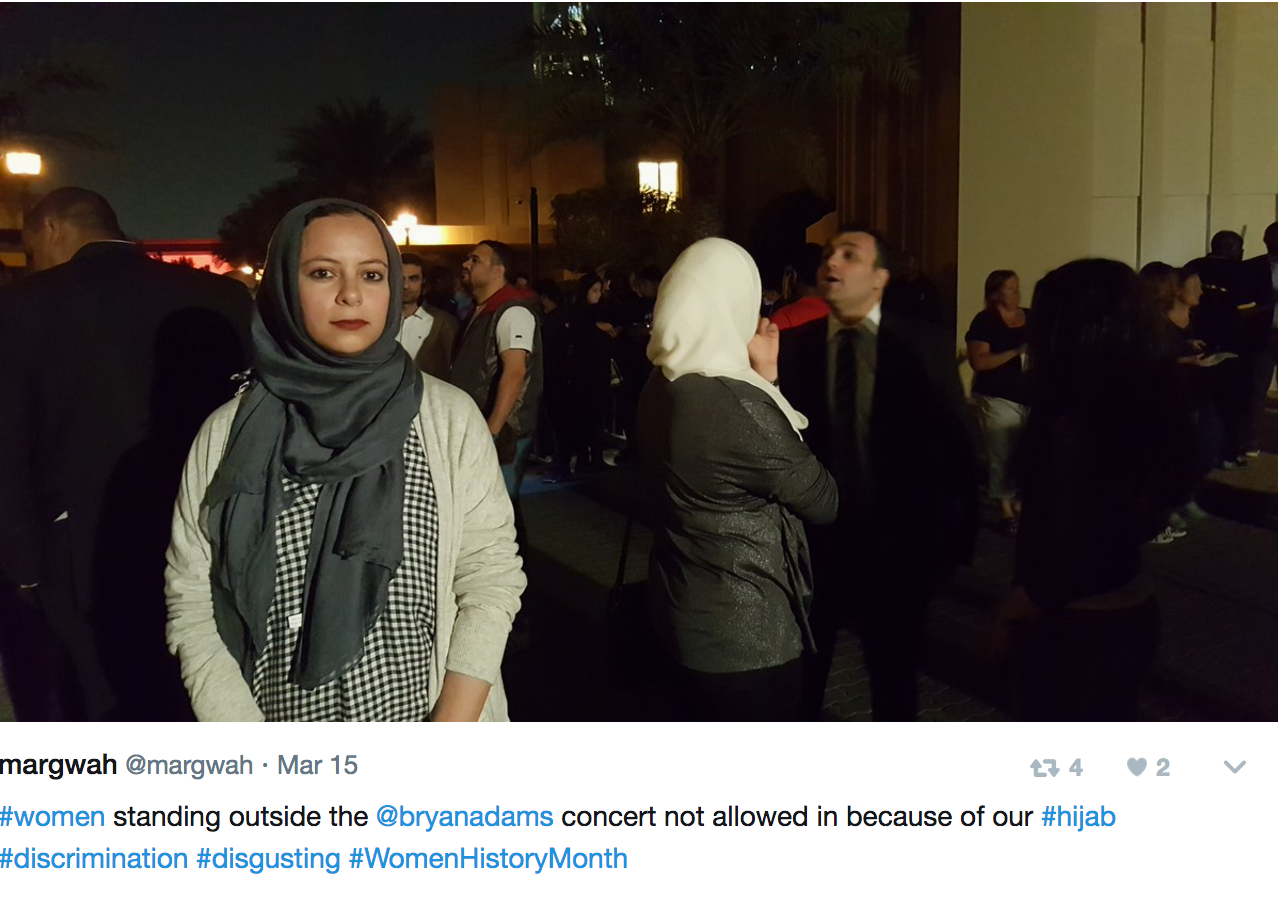 According to a report by Canadian broadcaster Global News, those concert-goers denied access lodged complaints that there was no advance notice to inform them of the ban. Speaking to Doha News, one expat, Iram Kassis of Tunisia stated that she was asked to leave the line-up into the concert because her sister who was joining her was wearing a headscarf.

“We have been shocked by that and asked to meet with a responsible person to clarify this issue, especially (since) it was not mentioned in the terms and conditions of the website (when we) purchased the tickets,” she was quoted as expressing to the publication.

Though there was no mention of the hijab ban on the tickets, Qatar has strict guidelines when it comes to headscarves and national dress at events where alcohol is being served at the venue. These regulations are drafted by the Qatar Tourism Authority (QTA), and though awareness is most diligently enforced leading up to and during Ramadan, they apply year-round – and hotel staff and event organizers must comply in adherence.

Two sides to the story

Though the outcry on social media has been predominantly outspoken against concert organizers, others have also spoken up on Facebook in response to Doha News’ feature, expressing that neither organizers nor hotel staff can change the law, rather they are obligated to abide by it.

In response to accusations of discrimination on the part of organizers and security staff, other concert attendees have also taken to social media to express that it was not only women wearing hijab or headscarves that were turned away at the venue, but also those patrons who did not have correct or proper ID for entry. They also stated that full refunds were offered to all ticket-holders.

When contacted for comment, The Grand Hyatt Doha management stated to ILQ that they would ‘never discriminate’, and would be issuing a forthcoming statement in response to Wednesday’s events at the concert.

Concert organizers Alive Entertainment declined further comment on the situation to ILQ, explaining that there was not a lot they could do in light of the law.

Want to weigh in on the debate? Let us know your thoughts in the comment section below, and don’t forget to give us a like and a share – it keeps us going.

(EDITOR’S NOTE: This is a developing story and we look forward to keeping our readers updated as statements are released.)

This article has been updated on March 18, 2017 at 12:00 a.m. to reflect a factual correction. Concert-goer and interviewe Iram Kassis spoke to Doha News, not Gulf Business as previously stated.