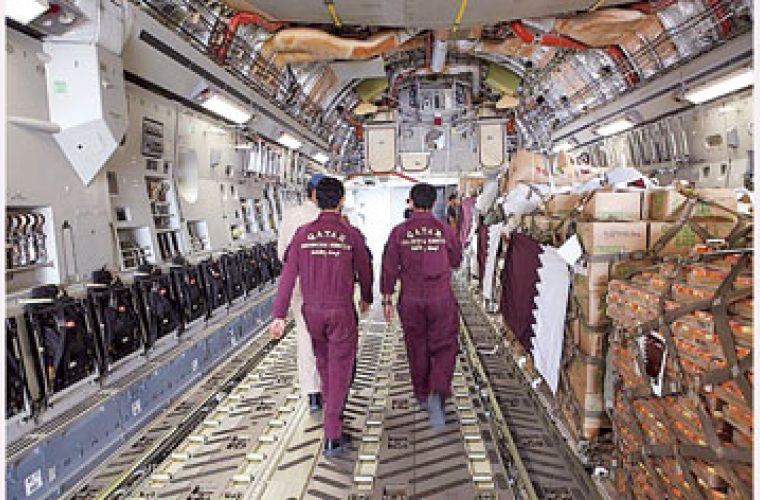 A large number of Britons and Canadians are among those who are approaching the Philippine embassy here with donations in kind and cash to help those devastated by last Friday’s typhoon in the archipelago country. Embassy sources told his newspaper yesterday that aside from Filipinos themselves and Britons and Canadians, those coming over with donations include people from several other nationalities. “We have South Africans, Taiwanese, Moroccans, Malaysians, Brazilians and Americans as well coming to us with donations,” an embassy source said. “We have had some donors from Kazakhstan as well,” said the source. Medicines and food items like rice, sugar, edible oil, bottled water and toiletries are among the donations being made in kind. Donations in cash are also pouring in but the embassy source said he had no idea about the volume since the donors were going directly to the finance section. He said people could make donations only until November 22. According to him, apart from fellow Filipinos, people from other nationalities were coming over to register as volunteers to pack the donated items for shipping. The packaging will be done on Friday Aside from individuals, people representing schools and companies, including Qatari businesses, were also coming over with donations. The embassy has, meanwhile, issued a circular urging those who are enquiring about the whereabouts of their missing relatives in the affected areas. They can contact operations center on email [email protected] NDRRMC is National Disaster Risk Reduction and Management Centre. The operations centre’s telefax numbers are: 00632-9120441, and 9125947. The Philippine Red Cross can also be contacted at 00632-9175328500. Google Person Finder can also be accessed for help at website (http://google.org/personfinder/2013-yolanda) and CNN Report website (http://ireport.cnn.com/topics/1059028?hpt=hp_t2), the embassy circular said. It added that those desirous of making donations can also contact the United Filipino Organizations in Qatar, Outreach and Welfare Officer, Lyndon Magsino, at cell number 55698990. Meanwhile, Filipinos based here who hail from the affected areas, mostly from Tacloban city and the adjoining areas, were able to contact some of their near and dear ones after a frustrating gap of four days. The tragedy of death and destruction caused by the typhoon is now dawning on people, many of whom say they still have large numbers of relatives missing, while some are dead. “Yesterday, my wife was able to speak with some of her relatives as also to a woman caretaker of our house in Jaro (near Tacloban),” said Edgar Bolo who is based in Doha with family for a number of years. “She is in a shock as some 70 people have died in our small town alone,” Bolo told this newspaper. Jaro, according to him, is at 40-minute drive from Tacloban where the devastation has been the most. Bolo originally hails from Cebu and spent his childhood in Tacloban, but in 2008 built a house in Jaro, where his wife comes from, spending over two million pesos (QR175,000). The house is partially damaged, he said. “I need to spend around QR30,000 on repair.” When the typhoon hit on Friday evening, walls of water waves up to five metres high from the river swept most houses in Jaro, he said. People were evacuated mostly from near the coastal areas in Tacloban but those living inland and nearby towns like Jaro thought they were safe. “They had no idea tsunami-like waves would devour them.” Bolo said his relatives told him and his wife on the phone that the wind barreled at speeds exceeding 200 km an hour. “That was unexpected, and was like powerful missiles hitting fragile structures.” Bolo said as a child living with his banker grandfather in Tacloban in the late 1960s, he had seen many typhoons. “But not of this kind. No…this was the most intense and devastating in the area’s known history.” http://thepeninsulaqatar.com/qatar/260756-donations-pour-in-for-philippine-typhoon-victims.html