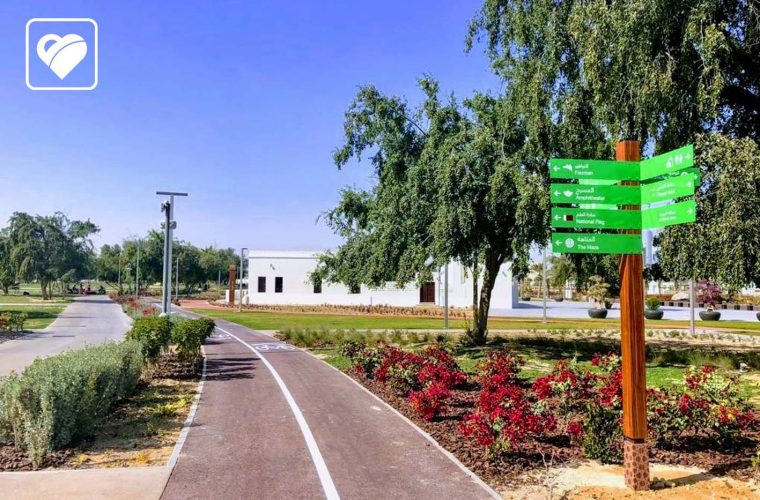 In the celebration of National Sport Day 2018, Qatar's very first pet-friendly park -- and undeniably one of the biggest as well -- opened its doors to the public yesterday. While the majority of sport enthusiasts and families were scattered in Aspire Zone, MIA Park, Katara, and Education City, some people preferred the more relaxing option of being the first ones to visit the once-closed Al Bidda Park.

It was during the second week of September last year when the visually-appealing 'red road' was inaugurated along the Corniche, extending from the Qatar National Theatre to the Emiri Diwan roundabout. The Gulf Times reported that the street gets its unique red colour because it's paved with red asphalt and is a first-of-its-kind attempt in the country.

The opening of the red street is part of the Al Bidda Park project -- being supervised by the Private Engineering Office -- which was officially reopened to the public on Qatar National Sport Day 2018. Al Bidda was one of the oldest and most sought-after public parks in the country before its sudden shutdown in 2014.

The park -- which was also known as Rumailah Park -- is an important asset for Doha, since it provides a peaceful escape from the busy city and a place where friends and family can relax. Previously, some of its top features included skating as a prime activity, a famous restaurant called 'Thai Smile,' the Heritage Village which celebrated local culture, and the famed 'Pearl Man' of Qatar!

And although roller-skating is being practiced everywhere in the Al Bidda area, activities such as biking, football, barbecuing, and dog-walking weren't allowed.

But that was four years ago!

Pet lovers will be thrilled to know that a portion of the Al Bidda Park is now very much accessible to the public, and its state-of-the-art features are endless! With these latest developments, park staff are more keen on keeping the park in order. Pet owners are advised to keep their pet on a leash at all times and bring baggies and a pooper-scoop with them as these items will not be available in the park.

Rules for the general public:

Another feature to look forward to are the horse and camel trails and the National Flag area and the human maze -- which we're excited to check out!

The park also features large gymnasiums, including one for women, in addition to outdoor exercise equipment, sports, open-air playgrounds, an open theatre which can seat 850 spectators, as well as tracks for bicycles, horses and camels, water areas, and other recreational and service facilities.

Extending over an area of about 2 million sq m, Al Bidda Park includes a number of public service facilities, the most important of which are underground parking spaces for approximately 6,000 cars. The park is one of the main areas to be allocated as a fan-zone for the upcoming 2022 FIFA World Cup. 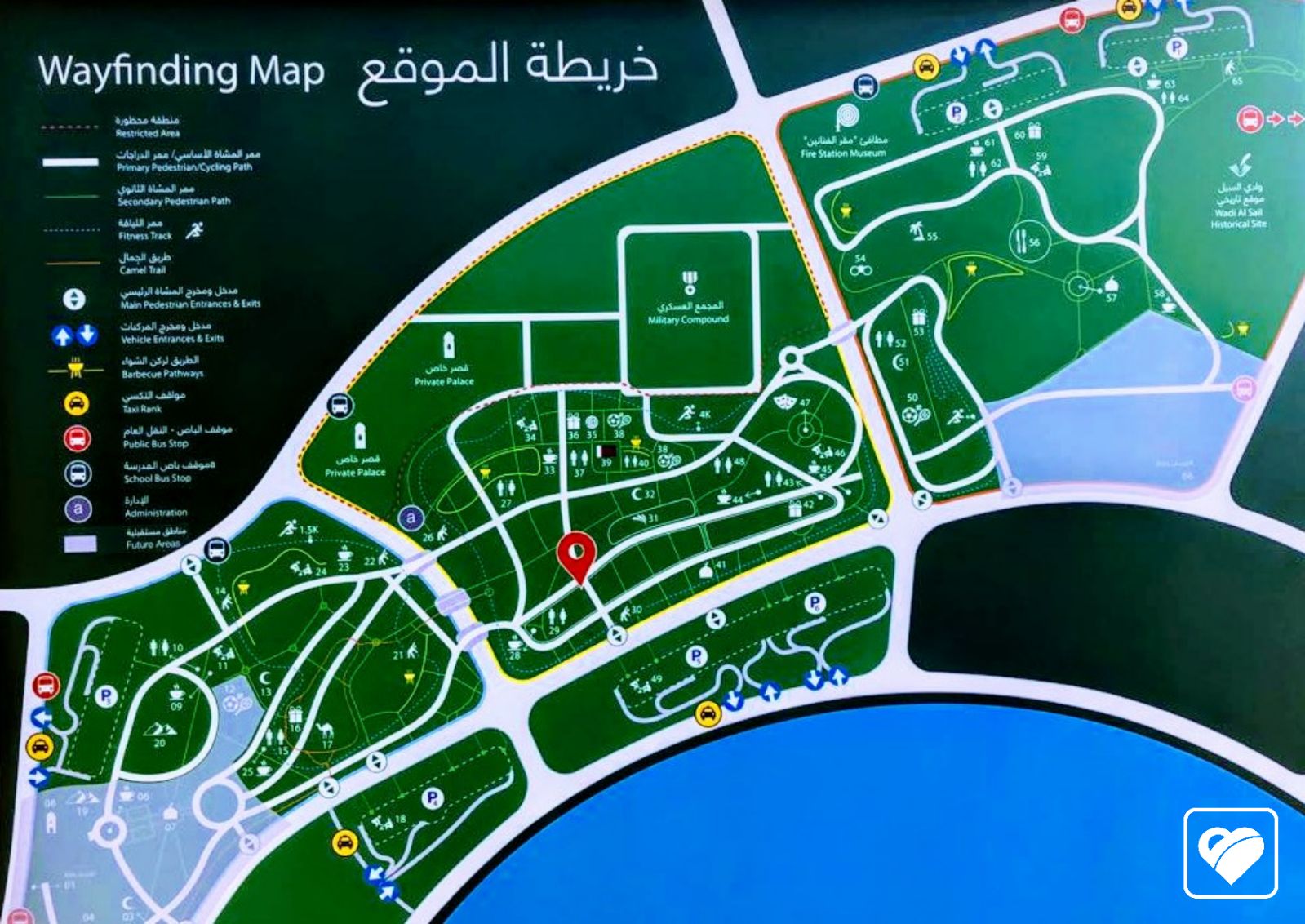 Here's the general map of the park.

Q: Was this the same Al Bidda Park from several years ago?
A: As we've mentioned in the first few part of the article, yes. It closed down temporarily but finally reopened after 4 years!

Q: What are the park timings?
A: The park in general is open 24 hours but certain facilities aren't. Details to follow.

Q: Is there a sink in the BBQ area if you want to clean?
A: Unfortunately, at the moment, no. So make sure to bring your own water or just use disposable materials for hassle-free barbequeing!

Q: Besides the Qatar National Theater, which other landmark is the park close to?
A: Al Bidda is actually connected to the Qatar Bowling Center!

Q: The park is one of the biggest in Doha. Are there club cars to help you get around once your feet start to ache?
A: Yes! They are called 'buggies!'

Q: Are there courts available to play on?
A: Basketball, volleyball, and tennis courts are scattered within Al Bidda's vicinity, so yes!

Check out our photo gallery here!

Did you check out the newly-renovated Al Bidda Park yesterday? Which feature are you most looking forward to? Drop us a line in the comments below and don't forget to like and share this article!