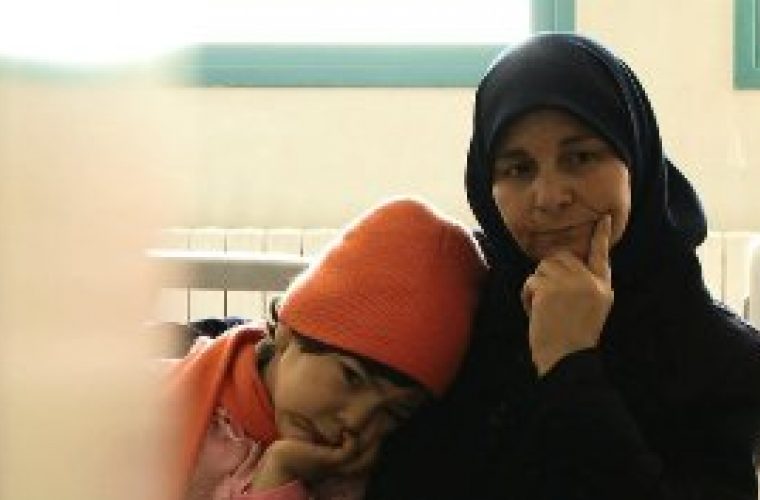 DOHA TRIBECA FILM FESTIVAL’S CAN’T-MISS PICKS HIT BIG SCREEN ON WEDNESDAY Don’t Miss Chance to See Acclaimed Films from the Arab Region and Around the World *** Celebrated Filmmakers Mira Nair and Rachid Bouchareb Share Insights at Special Panel Sessions (26 October, 2010) Doha, Qatar – As the second Doha Tribeca Film Festival began Tuesday, audiences were looking forward to an award-winning and diverse roster of screenings and events. Tickets were starting to go fast for Wednesday screenings such as Indian crime epic Rakht Charitra, screening at Katara Cinema to be attended by director Rom Gopal Varma; high-flying Donnie Yen martial arts spectacular Legend of the Fist: The Return of Chen Zhen at the beach theatre at Four Seasons Hotel Doha; The Mosque, about the effects of a film production on a small Moroccan town, which screens at Katara Cinema and will be attended by director Daoud Aoulad-Syad and actors Bouchra Hraich; and populist U.K. workers saga Made in Dagenham and Neds, a drama about juvenile delinquents set in 1970s Glasgow, both of which screen at Villagio. Also on tap are three films set to screen at City Center: Once Upon Our Time, a heart-tugging Tunisian violin documentary; Morgen, about a Turkish man’s struggle to cross Europe to reach Germany and will be attended by actor Yilmaz Yalcin; and My Name is Ahlam, a touching documentary about a Palestinian woman living in the occupied West Bank and fighting for her daughter’s right to receive leukemia treatment, attended by director Rima Essa and actor Claudia Levin. Beyond screenings, there are rare opportunities to meet internationally renowned filmmakers Mira Nair and Rachid Bouchareb as part of the Doha Talks series. Nair’s film Amelia opened the inaugural DTFF in 2009 and Bucharab’s film Outside the Law kicked off DTFF 2010 on Tuesday night. Nair, acclaimed director of Monsoon Wedding and Salaam Bombay, will introduce audiences to her Maisha Film Lab in Uganda, Africa, and screen the short film that won the lab’s screenplay award. The French-Algerian Bouchareb, director of two Academy Award® nominated films, will offer a masterclass, discussing his role in exploring 20th century French-Algerian history. Nair’s session, titled The Art of Collaboration: Mira Nair’s Maisha Film Lab, is today at 11 a.m. in Katara Meeting Hall. Bucharab’s masterclass is today at 2 p.m. at Katara Meeting Hall. For more information about tickets and DTFF events, please visit dohafilminstitute.com. About Doha Tribeca Film Festival As the Doha Film Institute's annual celebration of all things film, the Doha Tribeca Film Festival (DTFF) is a community minded five day event that showcases the best of Arab and international films. The Festival also reflects DFI´s film financing and year-round educational arms with industry programs and filmmaker events designed to fulfill DFI´s mission of empowering storytellers and building a long term film industry in Qatar. Launched in 2009, the Doha Tribeca Film Festival reflects a successful cultural partnership between DFI and Tribeca Enterprises. Based on a mutual mission to promote the influence of cinema, the importance of community culture and the need for arts education, the Festival provides an annual platform that celebrates the wonders of film appreciation and entertainment from every corner of the globe. DTFF 2010 is proud to be supported by: official airline partner Qatar Airways, official telecom service provider Qtel, official sponsor Volunteer Programme Virgin Mobile Qatar, official sponsor Opening Night Screening Gala Al Fardan, and hospitality partners Four Seasons Hotel, W Hotel, and Grand Hyatt.