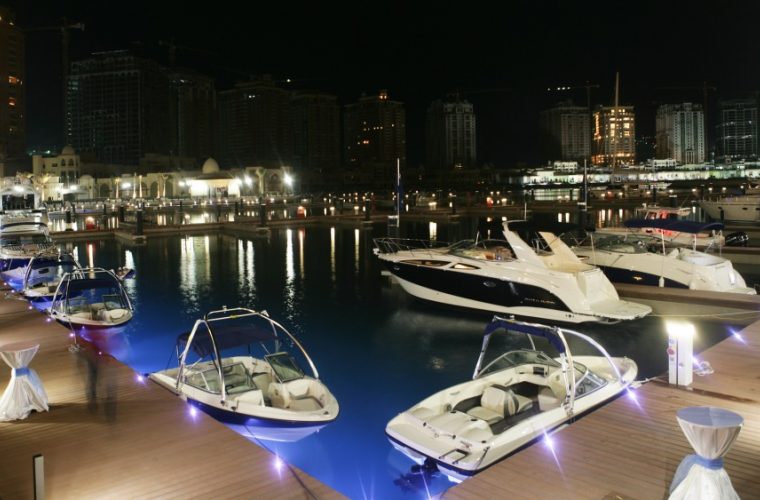 Qatar Finance and Business Academy (QFBA), in cooperation with ADNAR Group, today organized a press conference at the Rotana City Center Doha, where it announced hosting the 34th International Competition for the Global Management Challenge (GMC), which runs from 10 to 12 April 2017. The opening ceremony will be held under the patronage of the Minister of Finance HE Mr. Ali Shareef Al Emadi, and an awards ceremony will be held under the auspices of Sheikh Fahad Bin Faisal Al Thani, Deputy Governor of Qatar Central Bank.

The GMC was founded in Portugal in 1980 and today is the world's largest strategy and management competition, hosted in more than 30 countries. The GMC was launched in Qatar in 2013 and was organized by ADNAR Group in partnership with QFBA.

The competing teams have previously won the championship title in their homeland or regionally, and are now participating in Doha to compete for the international title. The winning team will be announced on Wednesday, 12 April 2017.

During two days of intensive work, the competing teams - Managers, students, and mixed teams (students and Managers) - will make every effort to win the international title. On the first day, the semi-finals will take place, where the participating teams will be divided into four groups. They will be given information about the company they will manage, and they should make five sets of decisions that day. In the final round, which starts the following day, the best two teams from each group will compete, and the best of the eight finalists will be crowned as the International GMC Winner of the Year.

This will be the first time for Qatar to host the GMC International Finals. In recent years, the winners of the International Finals have been from Eastern European countries, especially Russia and Ukraine. While Macau won the prestigious title in the 2007 edition, the People's Republic of China claimed the title several times and is one of the strongest competitors.

Recent improvements to the competition have made it a more realistic simulation. Among the new decisions that have been introduced that affect the end result is stock issuance, raising interest in environmental impact, and increasing investment in HR training. Now the winner is selected according to new criteria; the best investment performance achieved at the end of the simulation.

“This year, we are delighted to be collaborating with QFBA once again towards achieving a new milestone in this field as we prepare to host the International Finals of the renowned global competition in Doha for the first time. As an enterprise, we realize the different aspects of the requirements and needs of international and local businesses. Which is why, ADNAR Group will make every effort to transform this exceptional event into an extraordinary success.”

“We are honored to be hosting the International Finals of the Global Management Challenge (GMC) – in collaboration with ADNAR Group – for the first time in Qatar and the Arab world in the competition’s history, which was launched 36 years ago. QFBA aims to deliver a global event that brings added value to the previous GMC International Finals that took place in some of the world's largest capitals, and we are very excited to welcome the winning national teams in Doha.”

The organization of this event for the first time in the region is a great opportunity for the international organization, having been previously held in Macao, Czech Republic, Russia, Romania, Ukraine and Poland.

Highlighting the importance of the competition in Qatar, Mr. Luis Alves Costa, the Global Management Challenge founder and responsible of the International Organizing Committee said:

“We are very interested in setting up the International Finals in Doha, which marks the first time this event has been held in an Arab country, and is something we are delighted about and proud of. As the founders of the Global Management Challenge, we are pleased to invite the winning national teams from 23 countries from around the world to compete in Doha.”

He added: “We hope that this event will contribute to the personal development and growth of future business leaders in Qatar, and we are honored that the opening ceremony will be held under the patronage of His Excellency the Minister of Finance Mr. Ali Shareef Al Emadi and that the awards ceremony will be organized under the auspices of Sheikh Fahad bin Faisal Al Thani, Deputy Governor of Qatar Central Bank.”

“Through this competition we aim to contribute to the development of leadership skills to create competencies that simulate the requirements of the modern labor market and contribute to the achievement of sustainable development based on the refinement of talent and skills, through making decisions that will guide ‘the company’ based on its investment performance and according to a simulated stock market system. The competition aims to develop team building techniques, enhance project management and leadership skills at different stages of decision-making.”

“The ‘challenge’ competition will contribute to the development of the participants’ strategic management skills that are associated with all operations within the company, which is classified as one of the various human resource development training programs, in order to qualify and educate employees and students, thereby contributing to raising the efficiency of work and achieving job satisfaction.”

The competition went global back in 1981 in Brazil, and since then has continued to grow and spread until it reached the aforementioned number of countries participating in the finals.

To date, more than 500,000 participants from all over the world, including university administrators and students, have taken part in the GMC competition. Companies and universities around the world consider the challenge to be an excellent training in strategy and management, since participants in this competition must work as a team and make decisions on a wide range of issues within their companies to get the best results.

The GMC competition is considered the biggest in the area of strategy and management for all the countries involved. The competition is constantly being updated to be the most sophisticated and realistic business simulation contest.