Doha’s Shehzad Bhanji and his journey to Rolling Stone 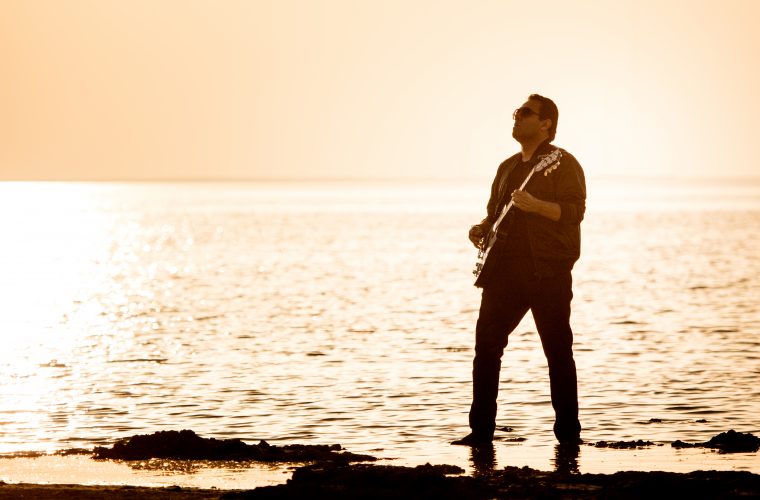 For over 25 years, Qatar-based musician Shehzad Bhanji has been using instruments to share his story with the world. Originally from Karachi, Pakistan, the guitarist has been living and creating music in Qatar for the past four years, where he shot his recent music video. This year, in March, Bhanji’s talent was recognized by the renowned magazine Rolling Stone, with an interview published in Rolling Stone India.

“It all started in the late 1980’s where I developed my musical taste and interests,” says Shehzad, who is now 42 years-old. “I still remember [how] my first venture into learning an instrument came when I started to play the bass guitar. Later, at age 14 I began to play electric and acoustic guitar.”

Shehzad, who has a passion for instrumental music, is completely self-taught and did not come from a musical background. “No one in my family had played any instrument before. So it was difficult to make [my] parents understand because studies always took priority,” he says as he recalls his early years in the music industry.

"I’m an instrumental rock guitarist – it’s a niche genre,” says Shehzad. In his experience, many people don’t fully understand when he tells them he’s an instrumental guitarist. “They immediately have an impression of a person playing an acoustic guitar and singing. But when I say I narrate story and emotions through my instrumentals, let’s just say it gets very difficult to make people understand. The big difference between an instrumentalist and someone who writes lyrics is that I write music that I hand over to the audience, and they are free to associate any feeling with it they like.” 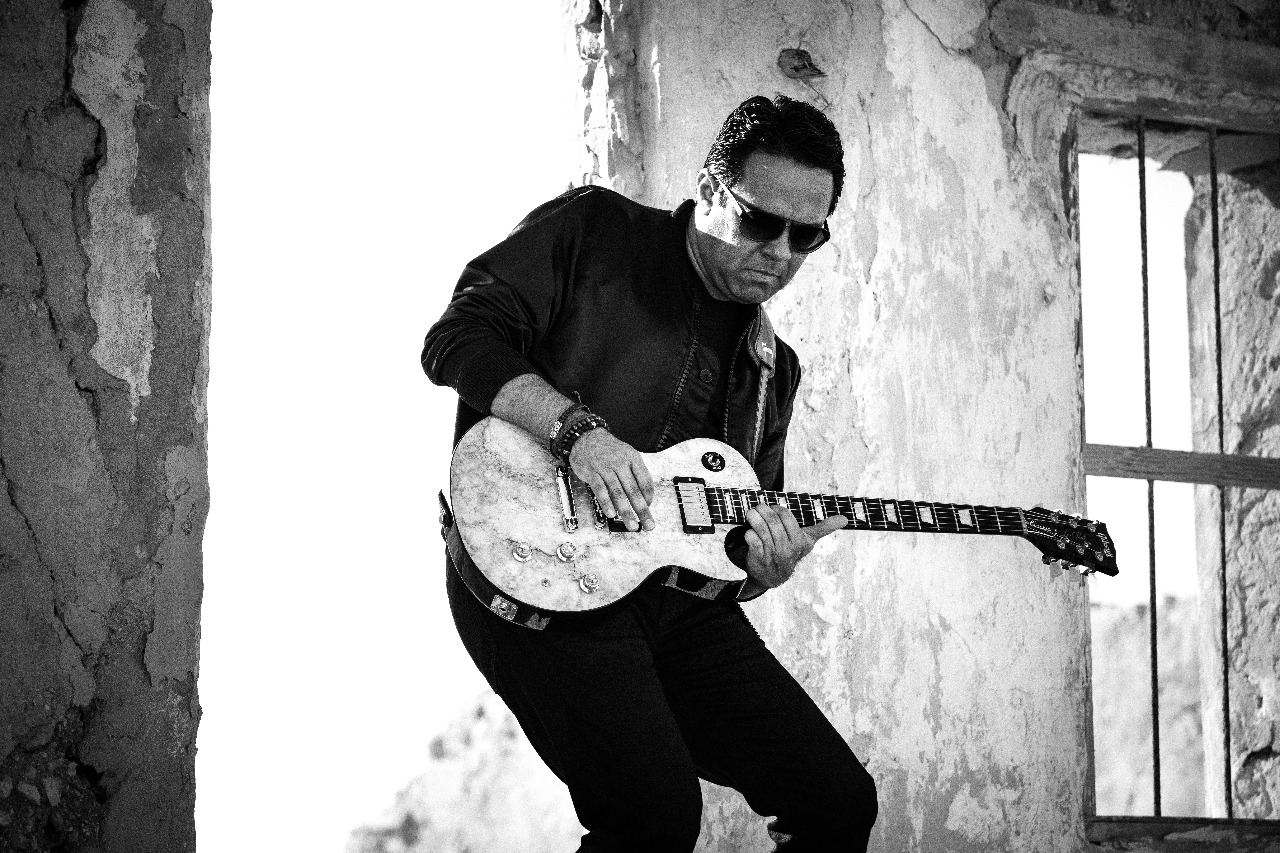 Shehzad’s latest album, Profound Beginnings, was released March 17, 2017. It has eight tracks and all the songs were recorded at Shehzad’s studio in Doha. “When I started working on the concept of the album, I was searching for something – something undefined and unknown,” Shehzad says. “I was trying to push my own buttons with it. It can be frustrating to work like that –‘What is it? What am I looking for?’ But when you get it, it’s really joyous.”

His fans in Qatar would find it exciting that the video for one of the tracks, Till We Meet Again, was shot in Qatar. The video uses this country’s raw, natural beauty as a complement to his song.

“Till We Meet Again is an upbeat track with a raw rock sound. So I wanted a location which depicts the essence of the track,” Shehzad shares. “I was very clear that I wanted to shoot in Doha for the reason that it’s my home-town and I wanted to show to the world the interesting places in Qatar.”

And that attention to detail has certainly caught his viewers’ eye: “Today, whenever I’m promoting the video and the album, the first question asked is about the location and fantastic still photographs,” Shehzad says.

Raised with a love for music and respect for great musicians, Shehzad grew up with a lot of influences and inspirations. However, his biggest inspiration is Joe Satriani, the biggest-selling instrumental rock guitarist of all time. “For reasons unknown his music reached out and grabbed me.

Fortunately for Shehzad, he was able to meet his idol in the flesh this year. In February, he met Joe Satriani while promoting his album in Asia. “It was a dream come true for me. I was sitting and discussing not only with the world’s number one guitarist, but with someone whom I have been listening to for the last 25 years,” Shehzad enthuses. 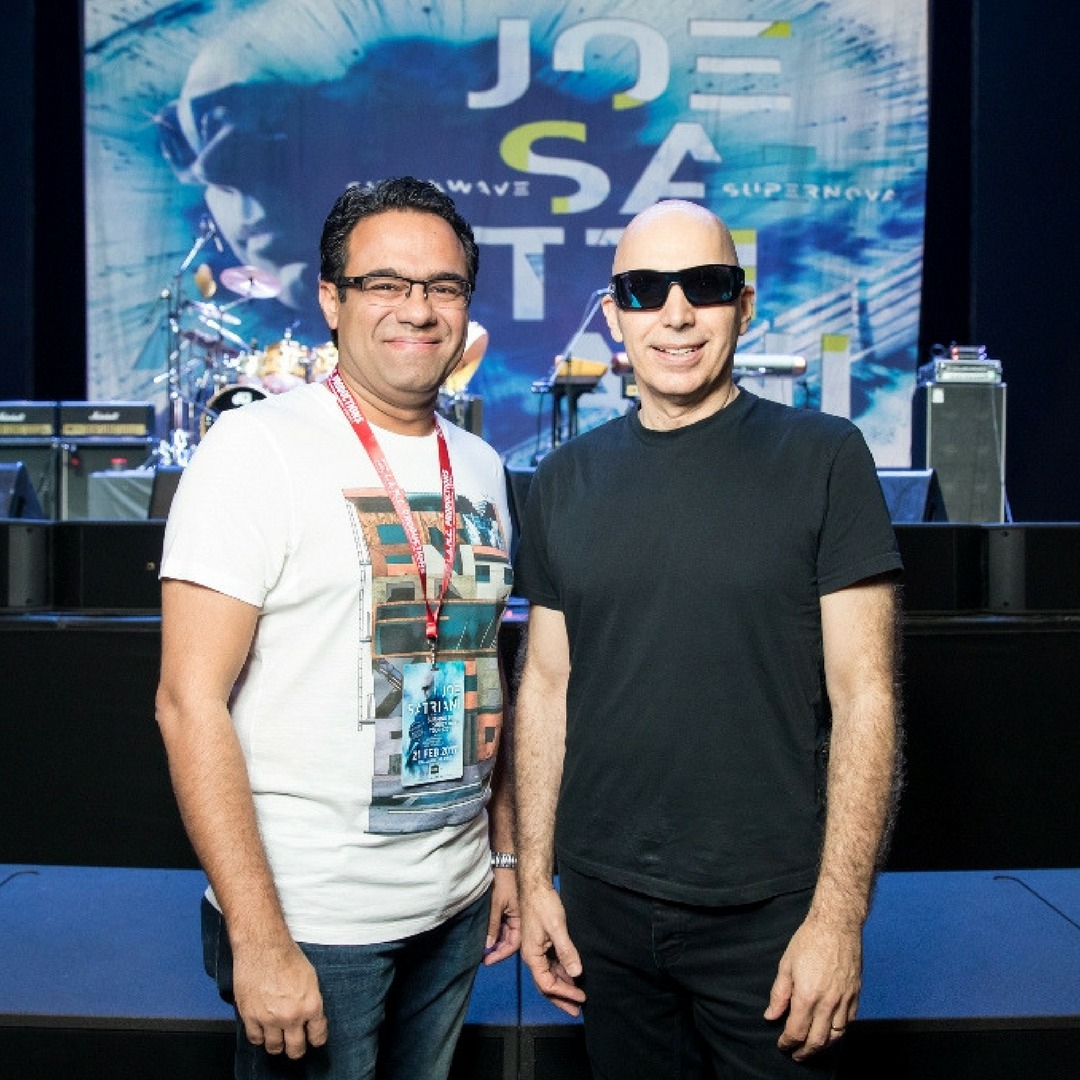 Shehzad’s musical journey has not been without its challenges. Being left-handed, a music school he attended told him he couldn’t play the guitar and should pick another instrument. However, he persevered. “Instead of ending my dream of playing guitar I started practicing to play with my right hand. It took months but I managed to switch myself.”

He also had to take a break from music so he could pursue higher education, but came back to his true passion in 2015, after two decades, and released two albums in quick succession. Never Say Goodbye was released in 2016, while Profound Beginnings was released the next year.

For him, the Rolling Stone interview was “a dream come true”. He was being interviewed by a radio station while promoting his album. After the interview, he got a call from the station that someone from Rolling Stone had requested his contact details because they loved his music.

“Honestly, I just couldn’t believe it. It took me few minutes to digest what just happened. But they were very supportive and did an amazing feature. It really helped me open doors to other opportunities for sure. The reviews from other international [media] have been phenomenal.”

What might surprise people is that the passionate rock guitarist is a financial marketer by profession. He was even awarded the GCC’s Best Marketer by Chief Marketing Council Asia in October 2016. Shehzad lives with his wife and 14-year old daughter in the city, both of whom share his love for the arts. His wife is a paper sculpture artist and a member of International Artists Doha.

Shehzad has a lot planned for the rest of the year. He’ll be shooting his next two videos in Australia and Qatar, and is working on collaboration projects with international guitarists and vocal artists from different genres.

“I would also want to experiment with fusion music. That’s next on my agenda. I welcome local artists who would like to work with me on the project. Just drop me an email.” 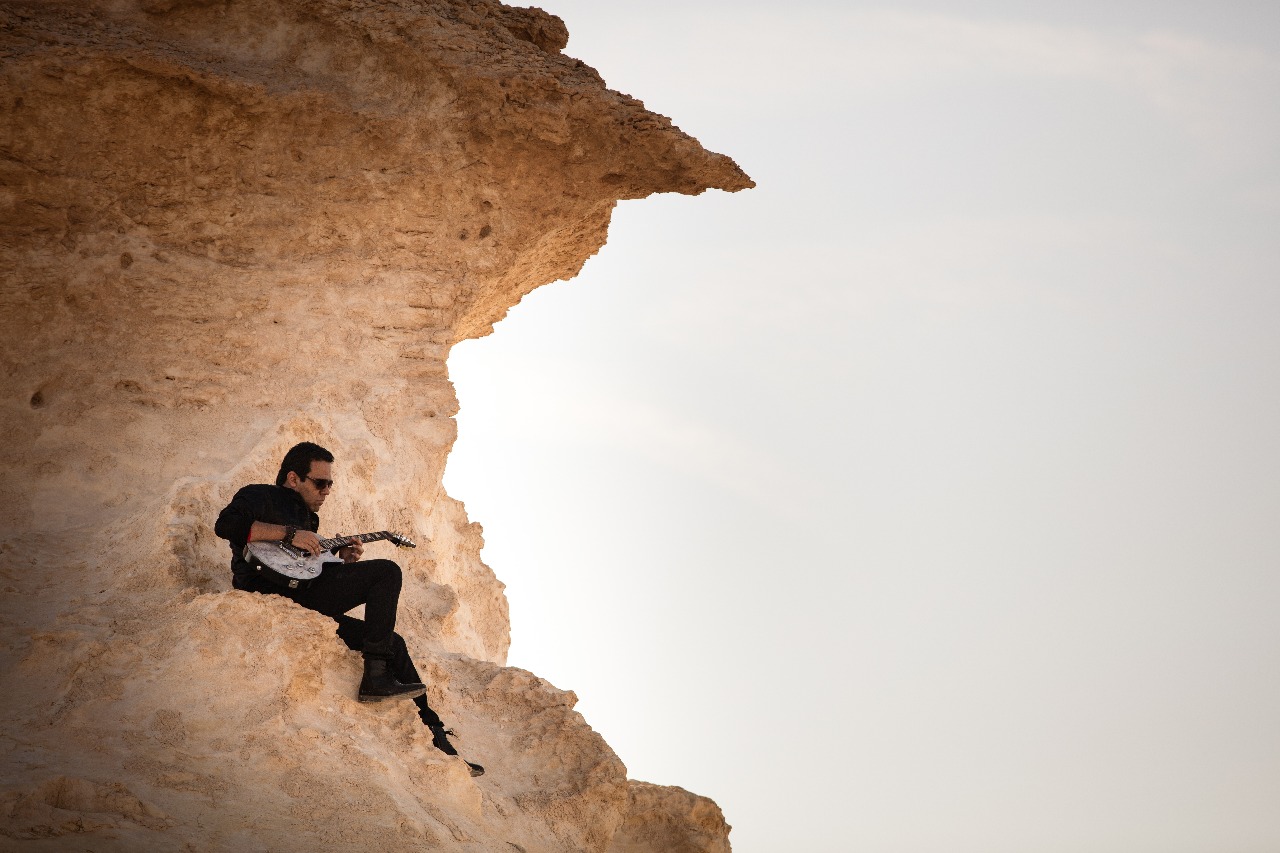 (The limestone formations of Zikreet mark the backdrop for Bhanji's music video 'Till We Meet Again' Photo credit: Image courtesy of Shehzad Bhanji)

Apart from music, he’s also helping a music NGO called Moving Young Artists, working to share his experience in whatever way possible to help and promote young musicians of Qatar.

When talking about creating music in Qatar, Shehzad says that the journey has been amazing so far. “This place has something special. It’s very difficult to explain, but it really helped to restart my passion which I had left years back. The best thing about Qatar is that it’s a multicultural environment which paves ways for different genres of music to flourish.”

Watch behind the scenes of the video:

What are your thoughts on this Qatar success story? Tell us your thoughts, and how you would like to see Qatar’s music scene evolve in the comment below. Also, don’t forget to give us a like and a share – it keeps us going!