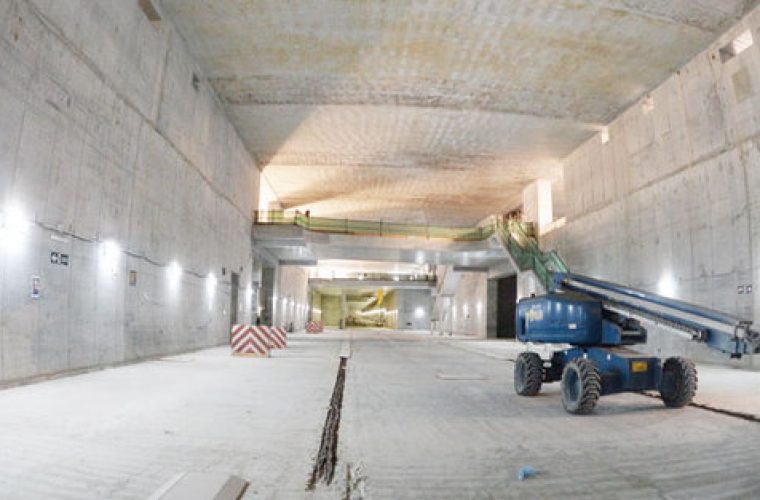 Construction work on major underground stations of the Doha Metro Project, which are progressing as scheduled, are expected to be accomplished by 2018, a senior official said. “Work on the underground projects is moving along as scheduled and the Lusail Light Rail Transit (LRT) has reached an advanced stage,” said Saad Ahmed al-Muhannadi, CEO of Qatar Rail Company while speaking to journalists during a media tour of some of the construction sites of the project. The Lusail LRT underground station is almost 100% complete with regard to civil engineering works. Other architectural and technical works would be held in another stage in connection with other stations. “Within a short time, Qatar Rail has signed considerable number of contracts for the first stage of the huge project worth $32bn in total. The Long Distance Passenger and Freight Rail transportation system, which will cover 350km in distance at a speed ranging between 220 and 350km/h for passenger trains, and nearing 120km/h for freight trains, is currently under technical and commercial evaluation by expert consultants,” he said. Referring to the Lusail LRT, al-Muhannadi said Qatar Rail has finalised the tunneling works for the project’s tunnels, and completed over 60% of the structure for drilling works for the stations. In addition, 50% of the structure of the bridge overseeing Al Khor and the Lusail LRT, which is slated to be officially delivered by 2017, has been set up. Lusail LRT is made up of four lines extending to 30.5km in total, among which are 19kms at ground level, 10 kms underground, and 1km above the ground, in addition to a 0.5km track between two high-rises. The overall project consists of a fleet of 34 trains and 37 stations, 24 of which are at the ground level, 10 are underground, with one located on the bridge level and two connecting two high-rises. While touring the work sites of Lusail, Hamad Ibrahim al-Bishri, the Rail deputy CEO and chief programme officer affirmed that all workers, from the top management to the unskilled labourers, have had to undergo both safety and technical training before being admitted to work sites. http://www.gulf-times.com/qatar/178/details/374316/doha-metro-stations-%E2%80%98set-for-completion-by-2018%E2%80%99