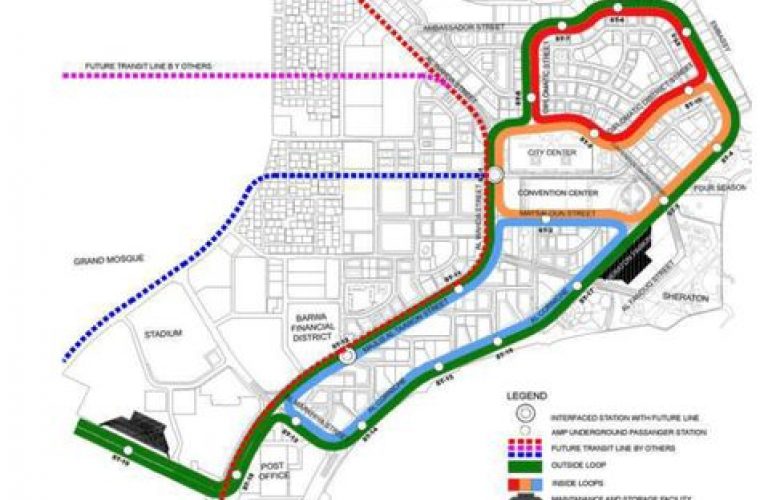 A consortium comprising companies from Qatar, Greece and Turkey said on Tuesday it has been awarded a 506 million euro ($700 million) contract to build a section of Doha Metro.

The FCC-led consortium, which comprises Archirodon (Greece), Yüksel (Turkey) and Petroserv (Qatar) said it has been hired to build a section of the Doha Metro red line.

The execution period is 31 months and the project will create more than 1,000 jobs, the consortium said in a statement.

The metro is due for completion in 2019.

In the bidding process, the FCC-led consortium competed with groups from Korea, Germany, Italy and India, among other countries, it added.

The contract includes building three elevated stations (Barwa Village, Al Wakrah and Qatar Economic Zone) and a 6.97km section, plus creating a tunnel at the entrance to Al Wakrah.

This project comes just six months after FCC obtained the largest international contract in its history - the construction of three lines of the Riyadh Metro, for over 6 billion euro.

The metro construction contract in Doha is FCC's largest project in Qatar to date. The Group is currently building two pedestrian walkways in the new city of Lusail and is completing the second phase of the Barzan camp residential area in Al Wajba, 15 kilometres from the capital city.

Other international metro projects executed by FCC include the Toronto-York Spadina Subway Extension (TYSSE) in Canada, and section 1 of Bucharest Metro line 5, in Romania. In Spain, the company is currently building the metro in Málaga and line 9 of Barcelona Metro.