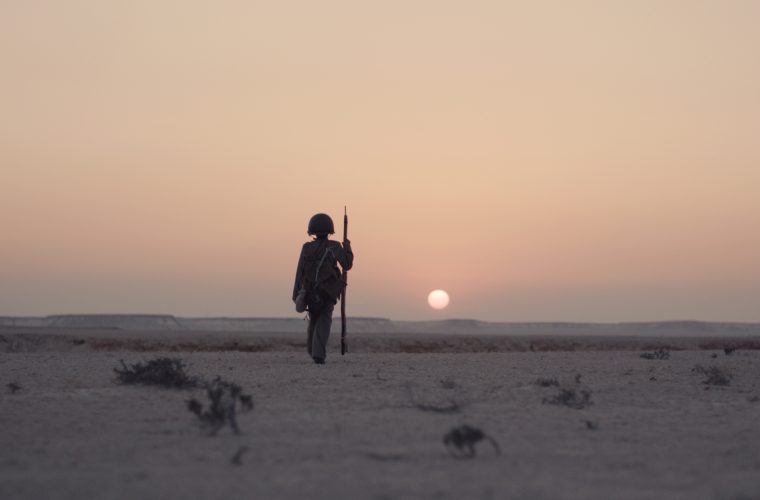 The Doha Film Institute shines the spotlight on Qatar’s emerging talents with a special Market screening of ‘Made in Qatar’ films on May 24 at the 2017 Cannes Film Festival, in addition to its annual presentation of the dedicated programme at the Festival’s Short Film Corner from May 17-28.

A true celebration of Qatari cinema at Cannes, this year marks one of the most significant showcases of works by the country’s filmmakers with six films included in the Market screening and 10 titles at the Short Film Corner. Further, the Institute is also hosting two emerging filmmakers from the country – Rawda Al Thani and Hend Fakhroo – as part of the Doha Film Institute delegation attending the world’s leading film event, to participate in a series of workshops, meetings, advisory sessions and events designed to further their filmmaking careers.

Fatma Al Remaihi, Chief Executive Officer of the Doha Film Institute, said: “We are proud to represent Qatar at this important platform and showcase the creativity that exists in our country at this ultimate gathering of the world’s film industry. Our first Market screening of films by Qatari talents, will put the spotlight on new voices from our nation and is a great opportunity to take our stories to international audiences at Cannes, and build a true global outreach.

“In addition, our young Qatari directors will have an opportunity to connect with their peers from the global entertainment industry and learn from some of the world’s most prominent film experts. The networking sessions and the screenings at Cannes will help them gain insights into the newest trends in filmmaking, which they can apply in their creative pursuits and add to the pride of Arab cinema.”

The Market screening of ‘Made in Qatar’ films on May 24 includes:

· Al-Johara (2016) directed by Nora Al-Subai is a Qatari take on the classic Cinderella fairy tale that accentuates Arab traditions with a modern twist. A Qatari Film Fund recipient, the film won the Special Jury prize at the Made in Qatar Awards at the 2016 Ajyal Youth Film Festival.

· Kashta (2016) by AJ Al Thani is about a father who teaches his sons how to hunt in the quiet desert, where a careless struggle between the two brothers leads to disaster. The film won the Best Narrative award at Ajyal 2016.

· Makh'bz (2015) by Aisha R. Al Muhannadi, follows the stages of the breadmaking process to highlight how the repetitive actions of men and machines become a dance of grace and beauty.

· Smicha (2016) by Amal Al Muftah is a touching short film about a grandfather, diagnosed with Alzheimer’s, making a promise to his grandchild.

· Red (2016) an animation by Kholoud Al-Ali that explores the spectre of fear and doubt that lives inside us all, questioning our courage and making our confidence falter. A shy and lonely boy who finds a pair of red trainers hanging from a telephone wire. He wants them dearly – but can he stamp out his fear and find a way to get them? The film is a recipient of the first Qatari Film Fund.

Marking the Institute’s seventh year of participation at the Cannes Short Film Corner, dedicated to showcasing films from more than 90 countries, DFI will screen 10 titles as part of the 2017 ‘Made in Qatar’ programme including the six titles from the Market screening. The selection also includes:

Rawda Al-Thani, is an emerging Qatari talent. She has directed I Have Been Watching You All Along (2017), a DFI Fall Grant 2016 recipient that screened in the New Voices segment at 2017 Qumra. The short is about a young woman who wanders about an abandoned cinema, breathing new life into a forgotten space. Rawda studied Communication at Northwestern University in Qatar, where she focused on experimental filmmaking, art direction, and Middle Eastern Studies.

Hend Fakhroo is a Qatari writer and director. Her first short film, ‘His Name’ (2012), was screened at festivals around the world, including the Short Film Corner at the Festival de Cannes. Her film, The Waiting Room (Qatar/2016), about two young women who explore the universality of caring for a loved one in distress, was screened in the Made in Qatar programme at Ajyal 2016 and was also selected for competition at the 2016 Dubai International Film Festival. She is the recipient of the Spring Grant 2014 for her feature film project Parijat, a drama that explores a Qatari woman’s efforts to save her family’s third-generation perfume business.