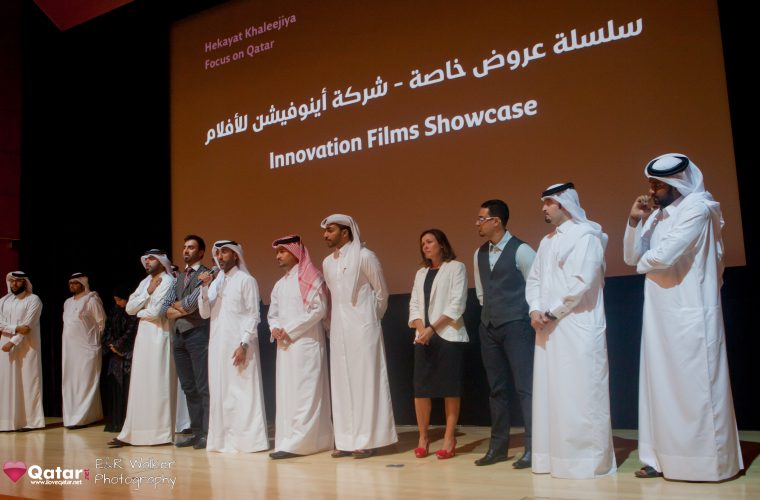 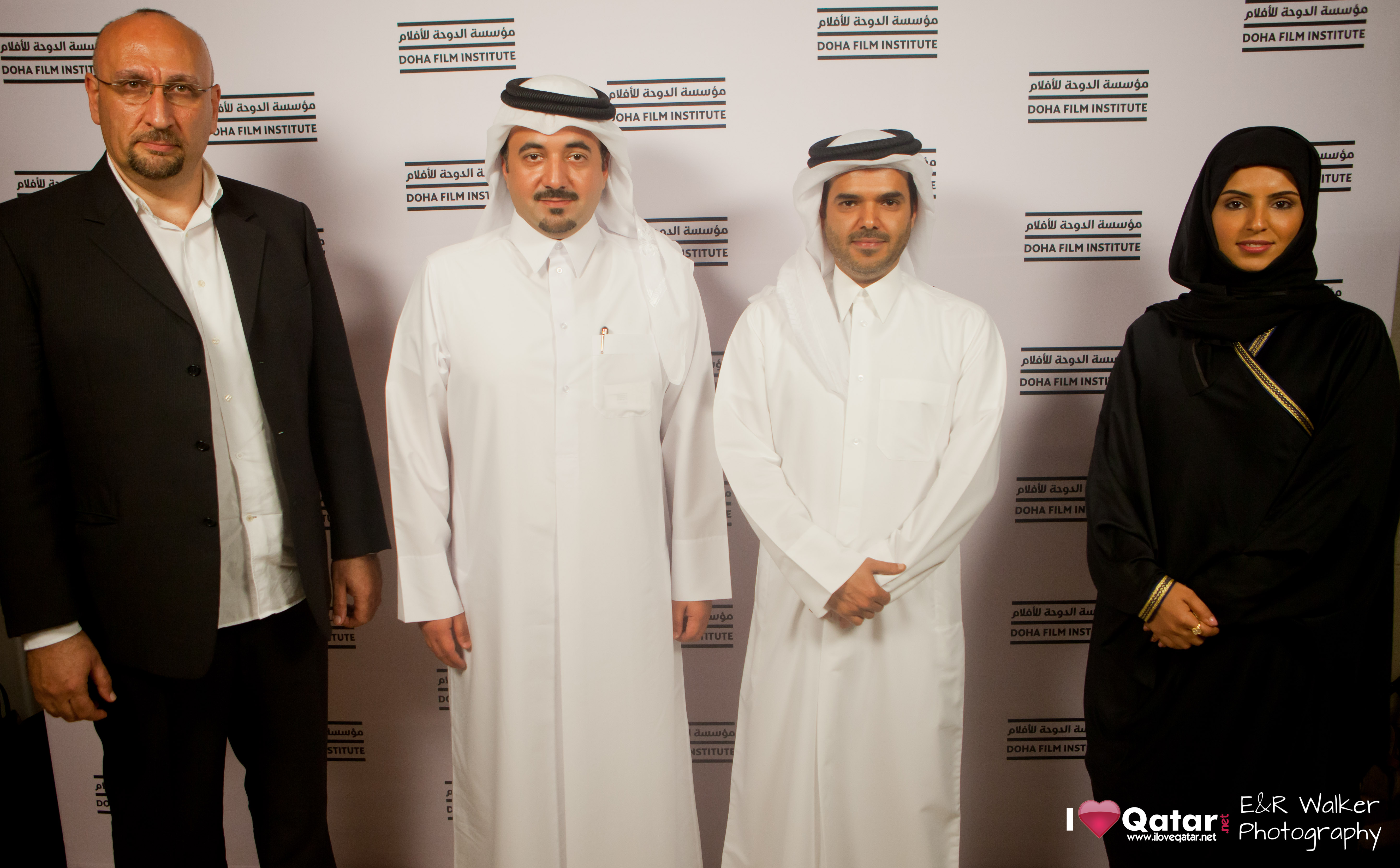 The event included Media Roundtables with DFI CEO Fatma Al Ramaihi and Next Generation Shorts Filmmakers, a Special Presentation on the History of Cinema in Qatar, Production Company Presentations, Photo Calls with Filmmakers, DFI Executives and Special Guests and Q&A sessions with the Filmmakers after screenings. 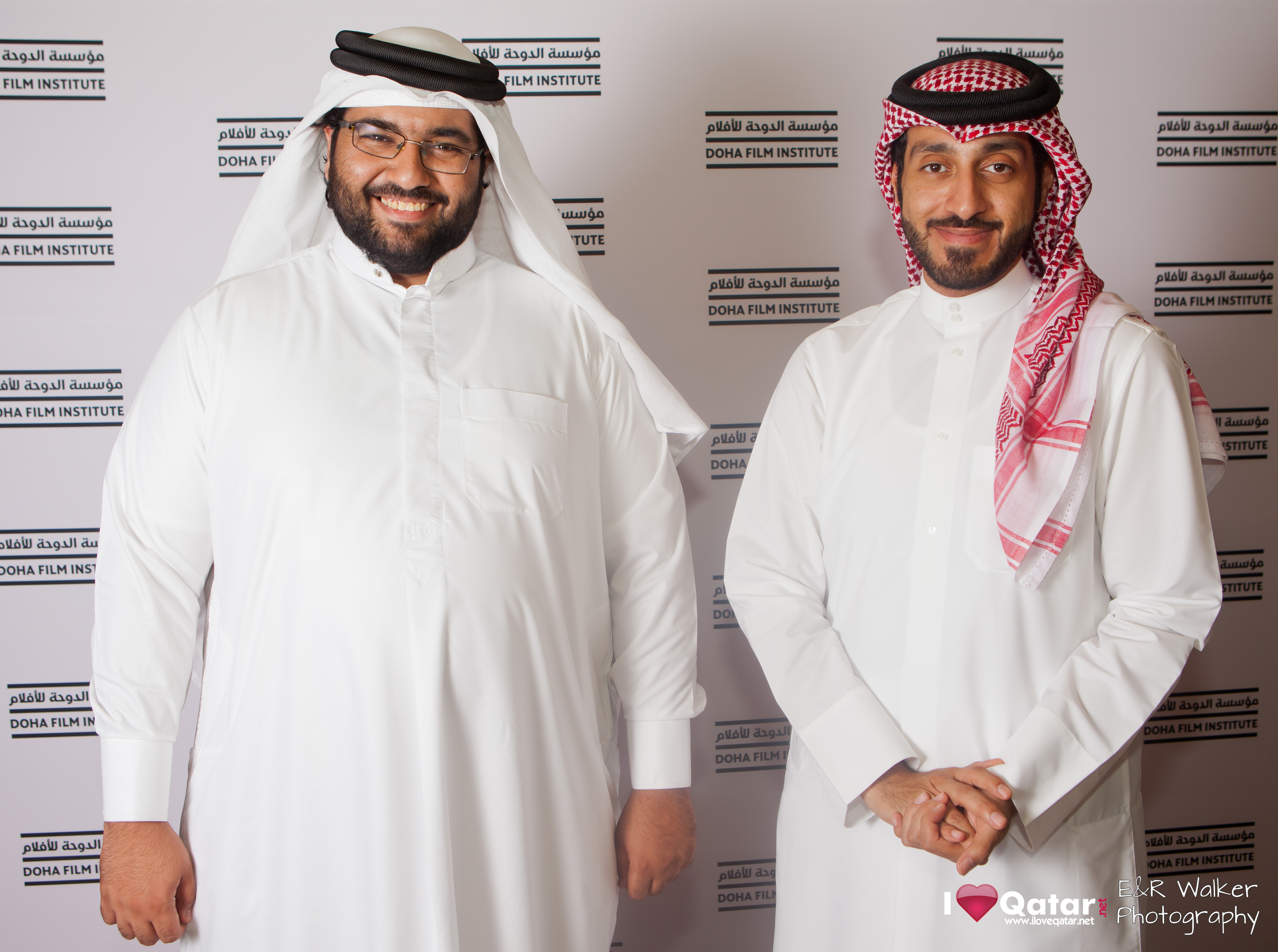 Opening Night saw the movie “Clockwise” screened to an enthusiastic audience, with its Director, Khalifa Al-Muraikhi in attendance to provide an introduction to his movie prior to the screening. “Clockwise” is Qatar’s first feature length film and was shot predominantly in Al Ruwais in N. Qatar. 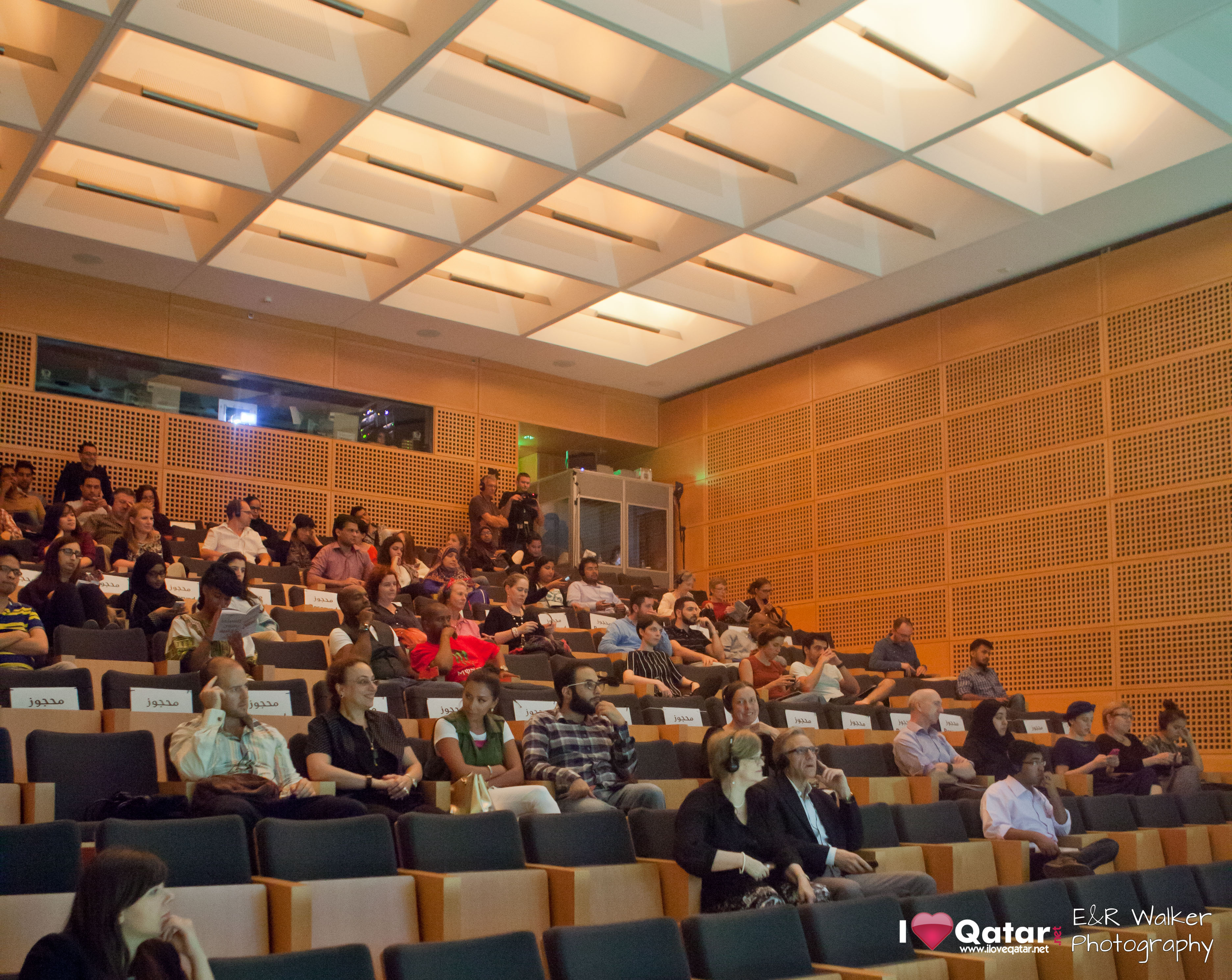 It is based on a legend of how “fijiri” music (the traditional music of Khaleeji Pearl Divers) came to exist. Atique, the movie’s main character and 2 friends hear this hypnotic music being played by a group of Jinn in a ruin near to their village. The Jinn Leader, Adsaan, agrees to teach the 3 men this music if they pledge to keep it a secret from all others; if they don’t adhere to this promise, they will die. The secret, however, proves hard to keep and so there are consequences to be paid. Will the “fijiri” music ever cast its hypnotic spell on a wider audience and be passed on to future generations?

Day 2 saw the Next Generation Short Film Programme screened, which consisted of 11 short films ranging from 1-15 minutes in duration (10%, Amreeka Laa, Attack of the Health Invaders, Al-Kora, Land of Pearls, Molokhiaphobia, My Grandfather’s Past Through My Eyes, My Hero, Old Airport Road, The Racer and Temsah). 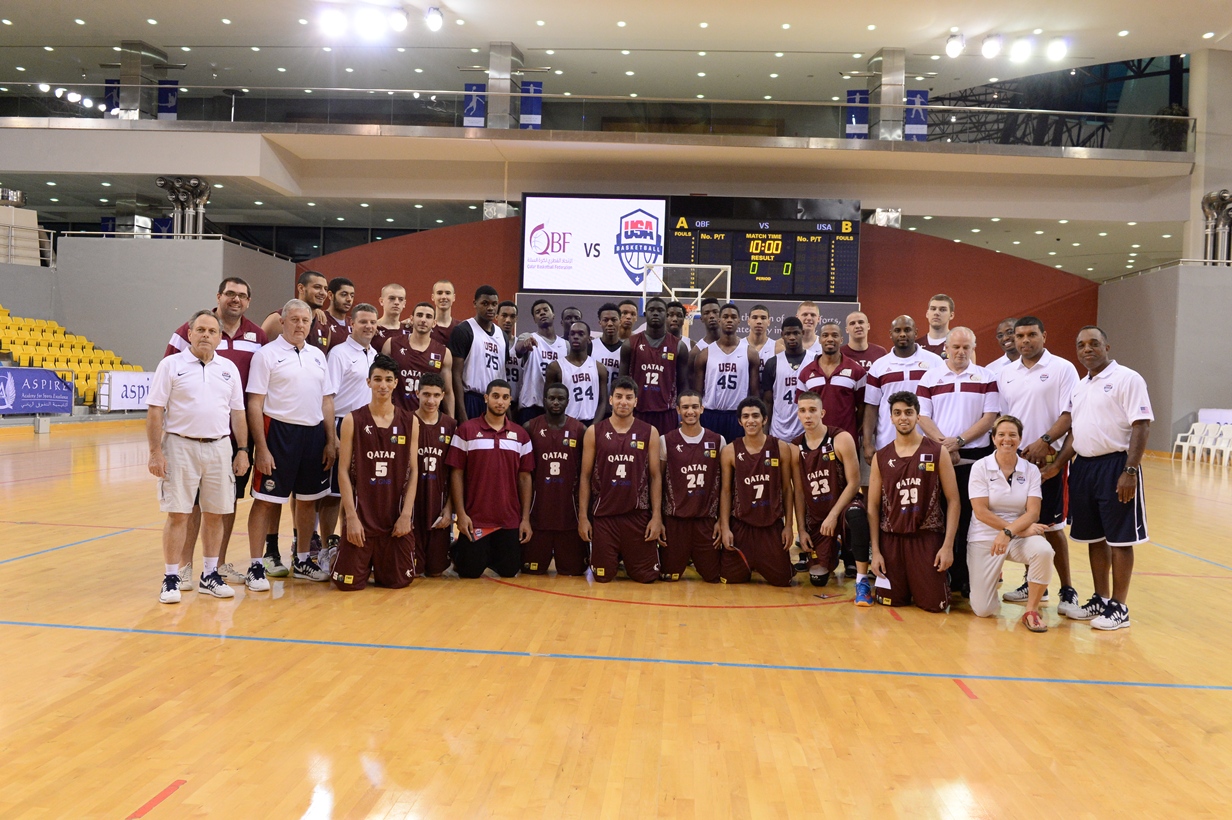 My favourite picks from this varied programme included: 10%, with it’s humorous look at one man’s obsession with his mobile phone and the tragedies he befalls by depending so much on his gadget. 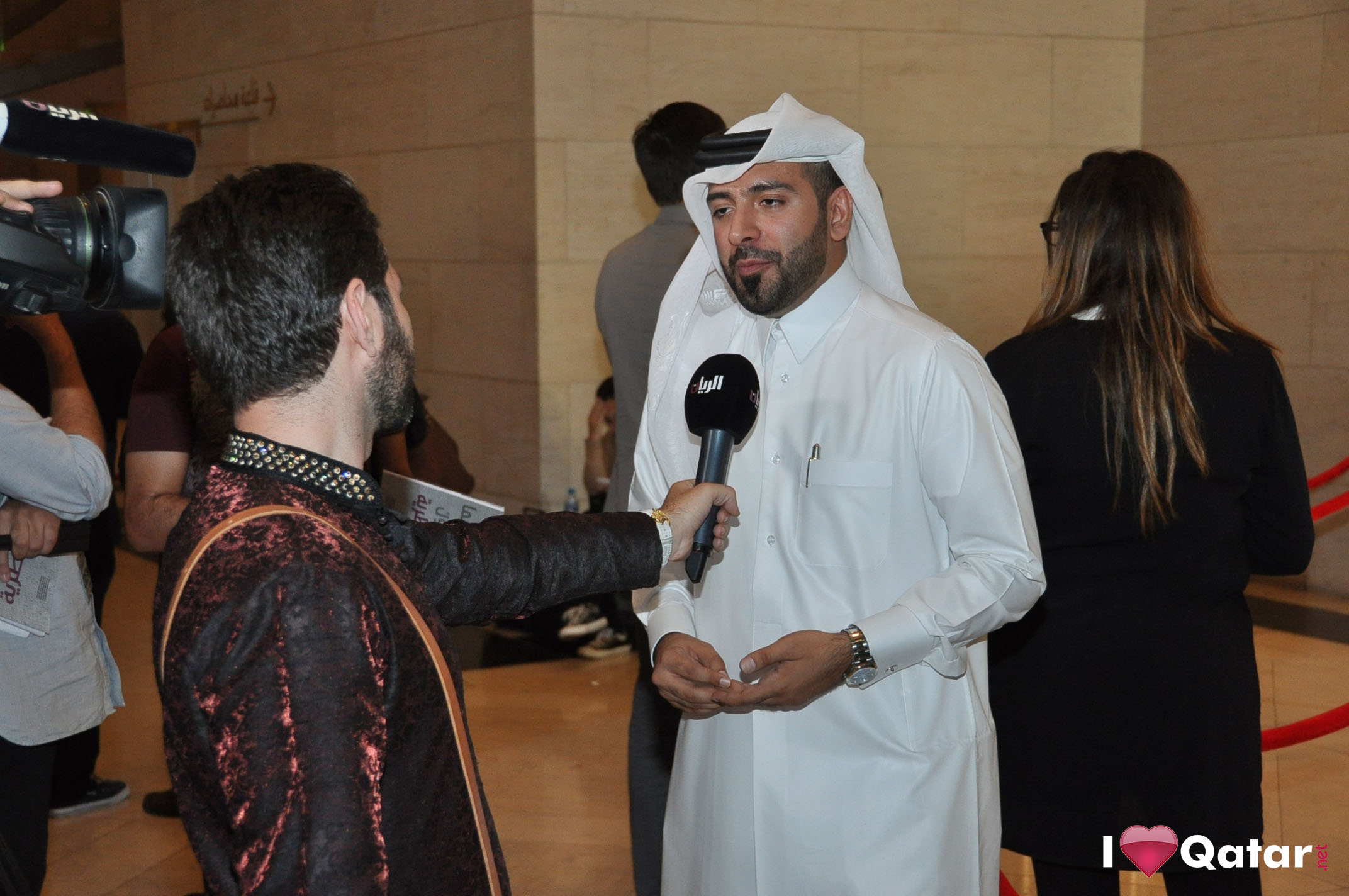 I loved the touching “My Hero”, as it tells of a young boy’s struggle to get his busy father to spend more time with him; all too common these days as parents find it hard to strike a balance between a demanding work schedule and “family time”. This movie won a Best Short Film Award at the 2013 Ajyal Youth Film Festival. 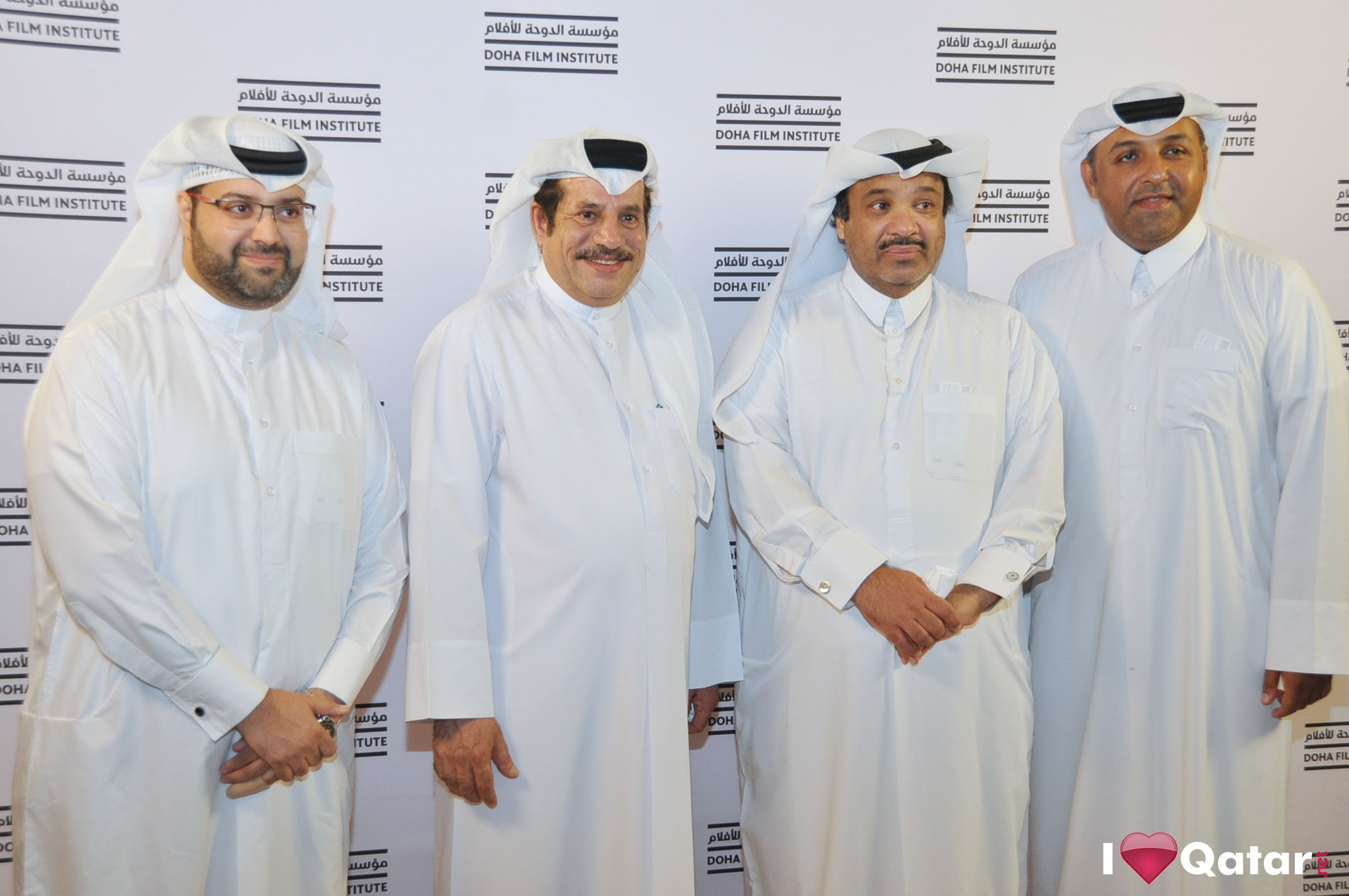 My final pick is Temsah. It tells the story of Abdulaziz (or Temsah, as he is nicknamed, which is Arabic for crocodile) and his desire to see his comic book “Skanwah” published as he ventures to the Comic Con Convention in Dubai. Will he realize his dream?

Day 3 saw the movies Bidoon, I, Lockdown: Red Moon Escape and T Boy being screened. “Bidoon” tells the story of 2 students, Aziz and Rana, who hail from two different socio-economic backgrounds. When they decide to formalize their relationship and marry, their parents object. What will they do now? 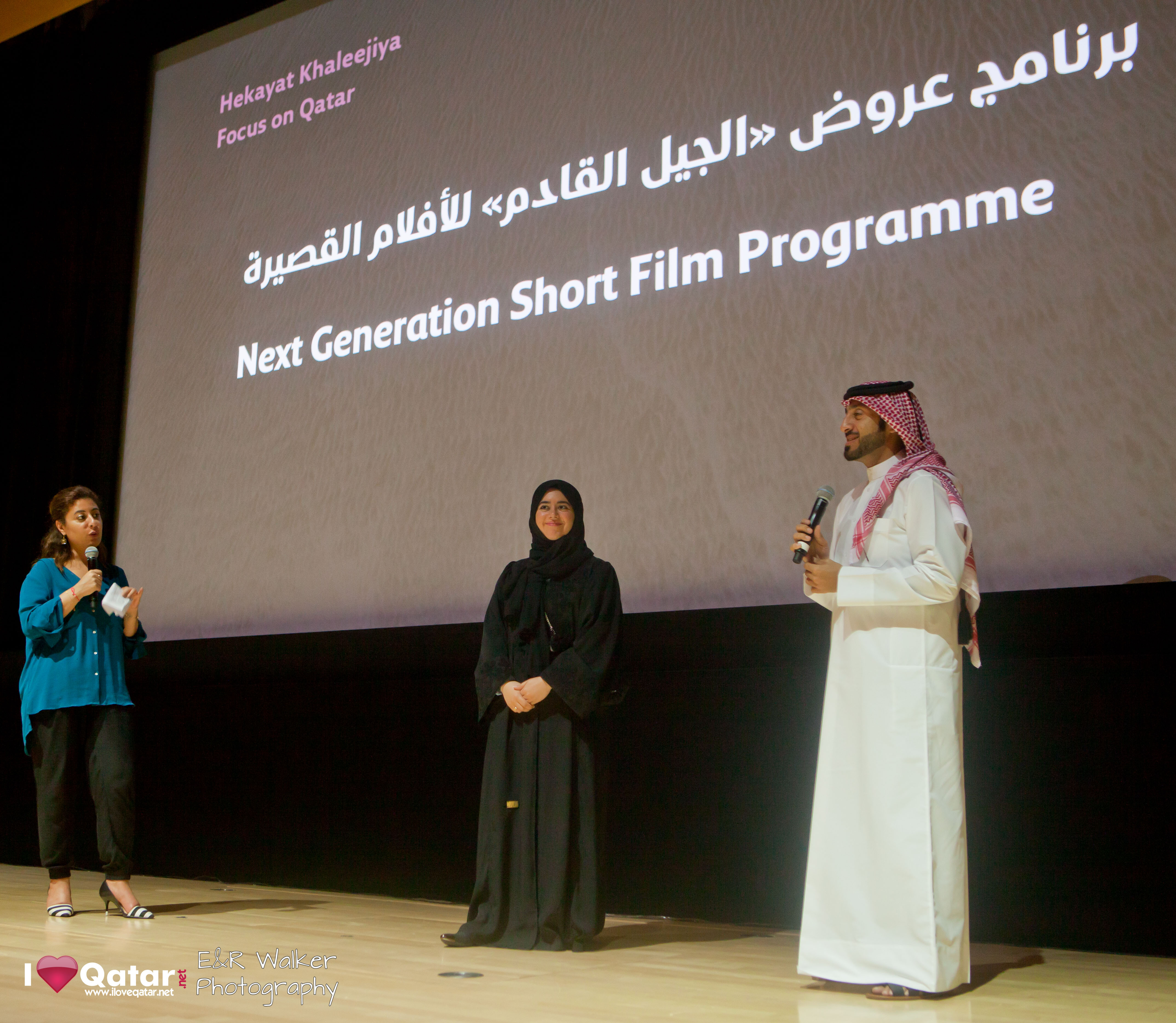 “I” relates the story of a man who strives for perfection in every aspect of his life. When he realizes that his friend has an asymmetrical face, he does the unspeakable….

“Lockdown: Red Moon Escape” sees the 2 principle characters, Rashid and Saif stuck out in the desert when they get a flat tyre. Terrifyingly, they find themselves face to face with a pack of escaped zombies, but Saif manages to escape. He is then jailed by a military task force and finds himself surrounded by the very creatures he tried to escape…will be manage to break free? 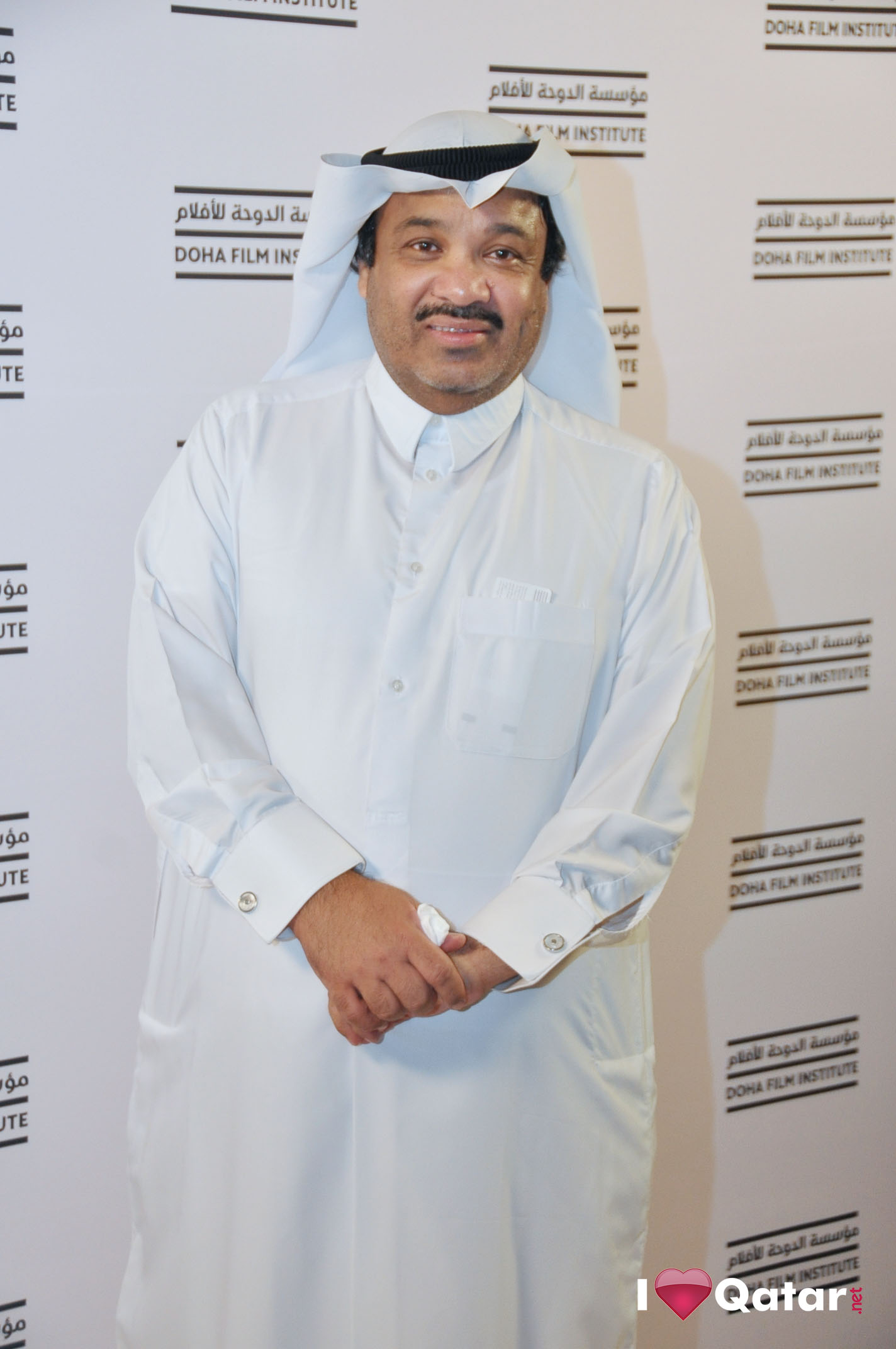 My personal favourite pick was the movie T Boy. It relates the emotional story of an Indian IT specialist who comes to Doha on the promise of a great job. Unfortunately, the promise turns out to be a lie, as he is relegated to the position of “Tea Boy”. One day he gets the chance to shine in his real profession, when his boss has trouble with his computer and T Boy comes to his rescue. Praying that the boss will assign him a better position, we see whether his hopes are realized or dashed.

"Focus On Qatar" was really enjoyable and gave the audience a great insight into Qatari-made films and the chance to meet and ask questions to many of the people involved in making these productions. I look forward to what the future holds for Qatari cinema and the chance to see many more "home-grown" movies.