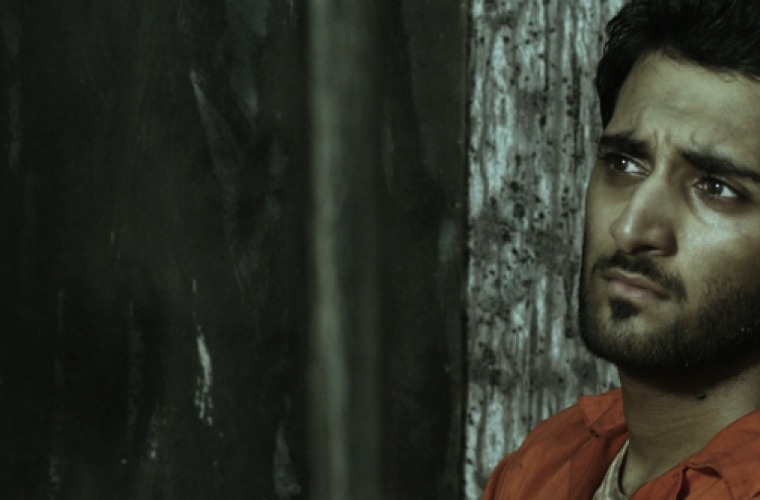 To highlight the achievements of the Qatari film industry over the past five years, the Doha Film Institute is hosting the inaugural ‘Focus on Qatar’ showcase from 30 September to 2 October at the Museum of Islamic Art.

Part of the ongoing Hekayat Khaleejiya screening series, the ‘Focus on Qatar’ showcase will put the spotlight on homegrown talent and key achievements that have contributed to the growth of film culture in Qatar,. The three-day event includes screenings and industry programmes that celebrate the birth of cinema in Qatar and will provide a snapshot of the filmmakers and production companies that are contributing to the Qatari industry’s growth.

Commenting on the initiative, Fatma Al Remaihi, CEO of the Doha Film Institute, said, “‘Focus in Qatar has been designed as a tribute to the nation’s talented filmmakers who have led the wave of change within our developing industry. Their achievements have paved the way for the next generation and created a talent pool that fuels future growth and development of our beloved art form.

“Filmmaking in Qatar has become a reality due to our country’s visionary leadership and the combined efforts of individuals and organisations committed to supporting local talent, and promoting Qatar on the world stage. We at the Doha Film Institute are proud to have contributed to this vision. We look forward to welcoming the community in our celebration of our nation’s cinema and the people who make it possible.”

The showcase launches with a special screening of Qatar’s first feature-length film Clockwise (Qatar, 2010) by Khalifa Al-Muraikhi on 30th September. The feature debut of Al-Muraikhi relates the folktale of how fijiri, the entrancing music of Khaleeji pearl drivers came to be. Clockwise had its world premiere in Doha as part of Qatar’s Arab Capital of Culture celebrations in 2010 and screened at various regional and international film festivals. This screening will celebrate the fifth anniversary of Clockwise’s release and will be preceded by an overview on the history of cinema in Qatar.

In addition to the opening film, ‘Focus on Qatar’ also includes screenings as part of the ‘Next Generation Short Film Programme’ and ‘Innovation Films Showcase’. The short film programme scheduled on 1st October, comprises films from independent filmmakers that have emerged in Qatar over the last five years and the Innovation Films Showcase on 2nd October highlights the achievements of Innovation Films, a company that has been at the forefront of Qatar’s cinematic rise.

The industry programme scheduled on October 1-2, brings together Qatari filmmakers and local industry professionals for two specially curated events; ‘Meet the Production Houses’ that introduces participants to key production companies in Qatar, with the objective to encourage future collaborations and a panel, ‘How to Distribute Your Film’, that explores the various distribution possibilities available to independent filmmakers for wider reach.

10% (Qatar, 2014), directed by Yousef Al Moadhadi, is a witty take on everyone’s dependence on mobiles that rings timely and true. Told in hilarious flashbacks, ‘10%’ narrates the story of a young man obsessed with his mobile phone. Worried because his battery is running low, he gets into all kinds of trouble because of his beloved gadget – he loses his job, crashes his car and even falls into a sewage pit. Is this the end of the love affair between man and machine? 10%’ won the Made in Qatar Award at the 2014 Ajyal Youth Film Festival, where the jury praised the film for “the simplicity of its central idea coupled with its excellent techniques in cinematography, direction and presentation.”

Temsah (Qatar, 2013) by Latifa Al-Darwish and Rouda Al-Meghaiseeb , follows Abdulaziz as he prepares to visit Dubai’s comic convention, where he hopes to find a publisher for ‘Skanwah’, the first comic book created in Qatar. Along the way, he discusses his life and experiences in Qatar, his inspiration and his hopes for the future.

Attack of the Health Invaders (Qatar, 2014) by Noor Al-Nasr was first screened at the 2014 Ajyal Youth Film Festival. The film is about Nasser who doesn’t drink water, preferring soft drinks instead. The film shows how this bad habit can affect Hamood’s health. As the story progresses, he comes to recognise the importance of taking care of oneself.

Amreeka Laa (Qatar, 2015) by Hind Al Ansari narrates the story of Yousif who desperately wants to go to university in New York City, so when the school he has applied to accepts him, he starts getting ready for the big move to the USA. His father, however, is opposed to the idea of his son going to a land where he will not be respected. Will Yousif’s dream succeed where his father’s could not? A clear-eyed examination of the hopes and dreams of two generations.

Al-Kora (Qatar, 2013) by Amal Al Muftah is about a kid playing soccer by himself in an old Qatari village. When he accidentally throws the football beyond a wall and doesn’t know how to retrieve it, his sister comes to the rescue, but her act of kindness gets her into trouble.

My Hero (Qatar, 2013) by Nora Al Subai won a Best Short Film award at the Ajyal Youth Film Festival in 2013. The film is about a young boy who idolises his father and longs to spend more time with him, but nothing seems to work: the man is just too busy. Then one day the youngster devises a clever way to grab his father’s attention by playing him at his own game.

The Racer (Qatar, 2009) directed by Sophia Al-Maria is a quiet lament about the tragic results of street racing in Qatar.

In My Grandfather’s Past Through My Eyes (Qatar, 2009) by Noor Ahmed Yaqub, one girl’s wild imagination takes us on a journey into Qatar's curiously familiar past.

Molokhiaphobia! (Qatar, 2011) by Abdullah Al Aliis about the popular Arab dish that might be a treat for many, but not for Yousef.

Old Airport Road (Qatar, 2014) by Abdullah Al-Mulla is about a delusional and aimless young man who wanders the city, lost in his imagination. Over the course of his day, his monologue provides an unintentionally sarcastic exposé of the reality of being disconnected from family and friends. Solemn and quiet, he goes about his business with only the sound of his own voice in his head. The day passes from the noise of the world outside to the solitude of his home, where his hollow existence betrays the visions of his day.

Land of Pearls (Qatar, 2011) by Mohammed Al-Ibrahim is about a pearl shopkeeper telling his grandson of his encounters with the sea in the 1950s.

Lockdown: Red Moon Escape (Qatar, 2012) by Mohammed Al Ibrahim and Ahmed Al Baker was screened at the 2011 Doha Tribeca Film Festival and the Gulf Film Festival in 2012. While Saif and Rashid are out in the desert fixing a flat tire, they encounter the unimaginable: a pack of zombies on the loose. Saif escapes, but when a military task force jails him, he finds himself surrounded by supernatural beings. Will he ever escape this living nightmare?

Bidoon (Qatar, 2012) by Mohammed Al Ibrahim is about Aziz and Rana, two Qatar Foundation students of different social standing, secretly in love. When they decide they want to take their commitment to another level and get married, their families object to the proposed union. Now, Aziz must decide on his next step.

T-Boy (Qatar, 2014) by Maryam Al Sahli is about a young Indian IT professional who has moved to Doha on the promise of lucrative employment and ends up in a job making tea for the employees of an office. When one of the managers discovers his outstanding skills, a glimpse of a better future brings a sparkle to the worker’s eye. Cleverly constructed to let us embrace the hopes of an endearing character, this crushing film sheds a harsh, unforgiving light on the tough life of immigrant labourers.

In I (Qatar, 2012) by Ali Al-Anssari, a psycho demands perfection in every aspect of his life. When he notices that his friend has an asymmetrical face, he decides to take matters into his own hands.

All screenings and events are free. Please reserve a ticket for admission. Tickets can be purchased in person from the Museum of Islamic Art DFI Ticket Outlet on Wednesday from 10:30 AM to 8:00 PM, Thursday from 12:00 PM to 8:00 PM and on Friday from 2:00 PM to 8:00 PM. Tickets can also be purchased online at www.dohafilminstitute.com. Viewers are advised to the Doha Film Institute Film Ratings Guide for film attendance policy and age regulations.