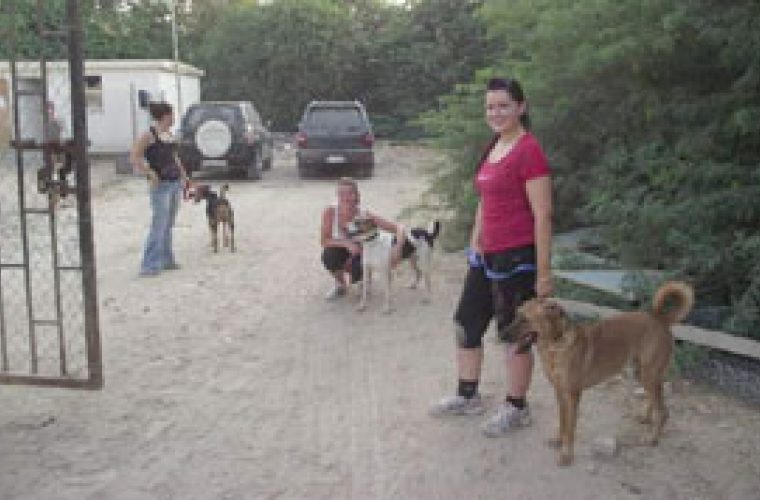 The Qatar Animal Welfare Society (QAWS) held a sponsored dog walk at the weekend to mark the first anniversary of the devastating fire that destroyed a shelter and claimed the lives of a number of animals living there. The fire that tore through the QAWS shelter completely destroyed almost everything that stood there. However, the group managed to save most of the animals there, and following a difficult period have persevered to rebuild new kennels. Thanks to community support and assistance from companies such as Byrne and Spacemaker, the QAWS also has facilities for cats and kittens, puppies and other small animals as well. This weekend, a number of animal welfare enthusiasts met at the shelter to participate in the sponsored dog walk to raise money for running the facility, including meeting food expenses, veterinary bills and other costs. QAWS chairperson Janet Berry expressed her gratitude to the community members who turned up and supported the event, as well as those who assisted in rebuilding the shelter. She said the event helped raise around QR15,000. “The QAWS committee would like to thank all our supporters,” she said, adding “having so many members of the community behind us makes our task easier.” “It was a great afternoon – one of remembrance, celebration and people joining together to support a common cause,” she added. “QAWS does a great job here with very little resources, and it needs us to support them as much as possible,” said one animal-lover. “The rescued dogs are so lovely and just need some care and attention – some of them have had difficult starts and QAWS and its members are doing everything they can to make their lives better,” he added. “I think the work all the people at QAWS do is amazing and Qatar would be a completely different place without their hard work,” said Laura Jones who took part in the walk this weekend. “I love volunteering because it’s so nice to spend some time outdoors and get some exercise while doing a good deed at the same time,” she said, adding “this sponsored walk also helped to raise awareness of the kennel rebuild since last year’s fire.” http://www.gulf-times.com/site/topics/article.asp?cu_no=2&item_no=384284&version=1&template_id=36&parent_id=16