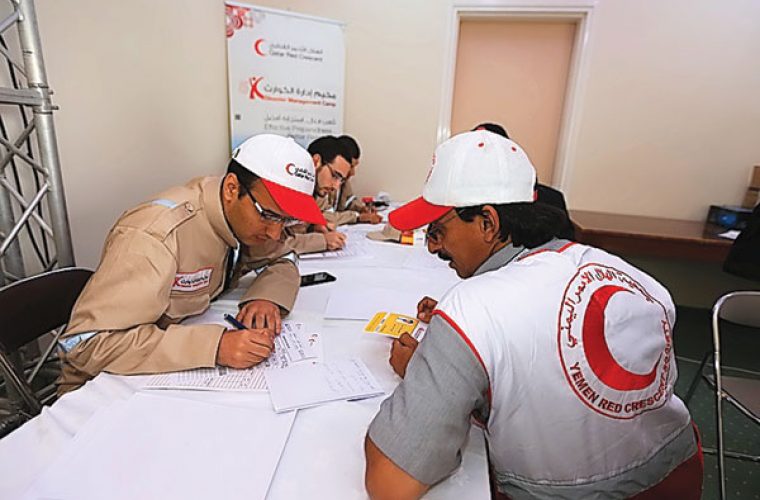 Eagerly awaited by national and international government and non-governmental organisations, the camp is widely recognised as the only Arabic-speaking specialised training on such a scale.

It seeks to create a culture of disaster preparedness in Qatari society and educate citizens on how to deal with emergencies.

In his keynote speech at the opening ceremony, Saleh bin Ali Al Mohannadi, QRC Secretary-General, said, “Over years, the camp has gained more and more sponsors and partners by virtue of the important and special skills it addresses.

“The camp is an event that distinguishes QRC not only in Qatar, but also across the region.”

He urged everyone to make the most out of this valuable knowledge and participate in future disaster preparedness programmes of QRC.

“I invite everyone to join hands with us in mobilising resources to build a family and society where the culture of preparedness is a norm of conduct, not mere theoretical information,” he said.

Over 10 days, 300 volunteers will be trained in the best techniques to respond to disasters effectively, focusing on aspects such as first aid, sheltering, water supply and sanitation, earthquake risk reduction, sphere standards, restoring family links, and secure access.

“It is also attended by representatives of more than 20 national Red Crescent societies from the Middle East and North Africa region and nearly 45 disaster management trainers and experts,” he told a Press conference.

One of the chief participants is Dr Hossam Faysal, IFRC’s Disaster Management Coordinator for Mena. He described it as a remarkable event that helps instil disaster preparedness mentality.

“We have many partnerships with QRC, such as the disaster response legal basis last December, as well as information sharing and coordination globally. This is not our first time to be here. Year after year, things are on the improvement, and attendances are getting more diverse,” he said.

The programme includes theoretical knowledge through lectures, workshops and group discussions, as well as hands-on training through practice and coaching.

The camp will conclude with a practical simulation of a disaster management scenario.