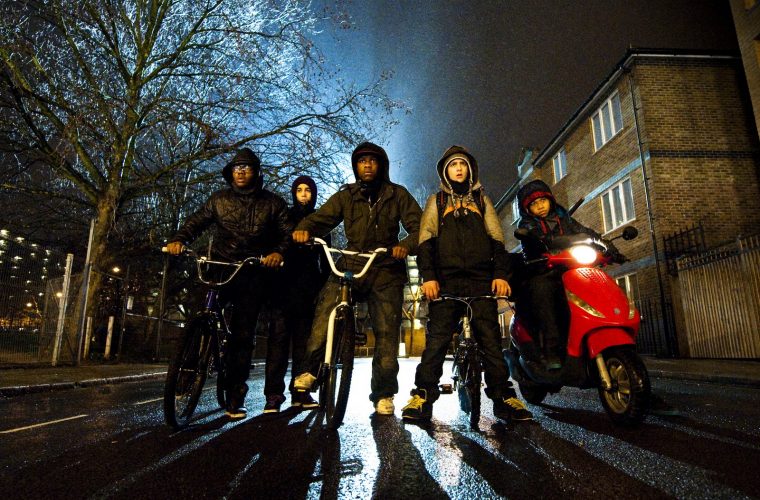 DFI UK Cinema Showcase returns with a bang this month with screenings of Joe Cornish’s Attack the Block, on May 30 and 31, and three of Nick Park’s popular Wallace & Gromit short films (The Wrong Trousers, A Close Shave, A Matter of Loaf and Death) on May 31 and June 1. From the producers of the wildly successful cult comedies Hot Fuzz and Shaun of the Dead, Joe Cornish’s Attack the Block is a clever send-up of the alien invasion genre – it’s hilarious with a heart. Monsters from outer space land in a council estate in South London during Guy Fawkes celebrations and soon it’s up to Moses and his ragtag coterie of young street thugs to save the world from extraterrestrial domination. But when the neighbourhood gang lord — not to mention the local teen girls with attitude — get involved, conquering the interplanetary invaders becomes a whole lot more complicated. Wallace, the amicable, bumbling inventor and cheese enthusiast, and his long-suffering, faithful and astonishingly intelligent companion Gromit the dog, always seem to land in some kind of trouble. If they’re not being duped by the dastardly penguin jewel thief Feathers McGraw in The Wrong Trousers, they’re in danger of being turned into dog food by a sheep-rustling bulldog in A Close Shave, or blasted to kingdom come by a former beauty queen in A Matter of Loaf and Death. The duo’s hilarious antics in these wonderfully clever animated shorts will have audiences gasping, cheering and rolling in the aisles. Tickets for Attack the Block and Wallace & Gromit are now on sale at www.dohafilminstitute.com and from the DFI Ticket Outlet located at the Museum of Islamic Arts. DFI UK Cinema Showcase will screen John Madden’s The Best Exotic Marigold Hotel, which was nominated for two Golden Globes, on June 27 and 28. Tickets will be available from May 30 and are priced at QR35 for the general public and QR25 for students. Source : Qatar Chronicle