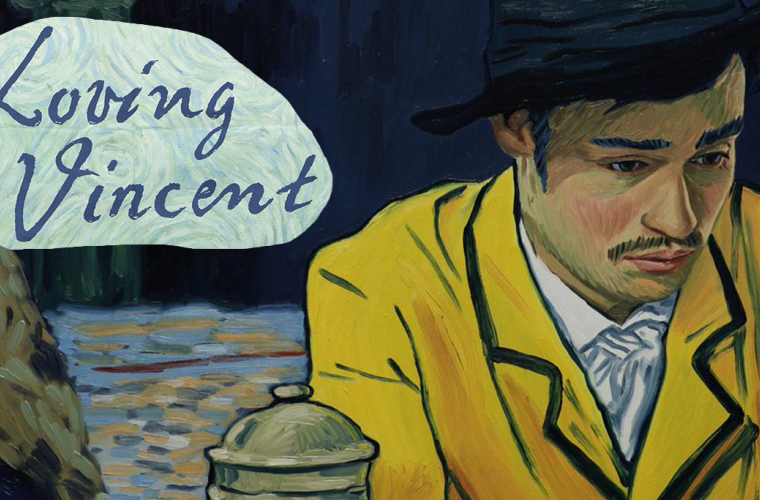 Every first quarter of the year, The Academy Awards -- also known as the Oscars -- distributes 24 golden statues to award the artistic and technical merit in the American film industry. Cinephiles consider the annual awards night as the biggest day in Hollywood, and the announcement of the nominees as a warm-up to the main event.

The Shape of Water (with 13 nominations), Dunkirk (8), Three Billboards (7), and Lady Bird (5) lead the pack for The Academy Award's 90th year. And, just like several of the controversies that blanketed the Oscars during its last few editions, 2018 is no different when it comes to expecting the unexpected. The long list of nominees shine a spotlight on female filmmakers this year, with two of them making history.

The Doha Film Institute (DFI) didn't disappoint for the fourth consecutive year as their co-financed animated film, Loving Vincent has been nominated for the 2018 Best Animated Feature. Being the world’s first fully-painted feature film, Loving Vincent -- which also bagged the Best Feature Film award in the Bader section of last year's Ajyal Youth Film Festival -- is a cinematic ode to the remarkable life of legendary artist Vincent van Gogh, bringing his paintings to life to tell his remarkable story. DFI has been a long-term partner on the project since the early stages of production.

DFI writes on Twitter: "A major moment for DFI: our co-financed film LOVING VINCENT is #Oscar nominated for Best Animated Feature, marking our 5th #Oscar nomination in 4 consecutive years after TIMBUKTU (2015), THEEB and MUSTANG (2016) and THE SALESMAN (2017)!"

Other films nominated in this category are The Boss Baby, Coco, Ferdinand, and The Breadwinner -- which served as opening film at Ajyal 2018.

In other nominations, just this Thursday (January 25), gripping thriller All The Money In The World (ALMITW) from Academy Award-winning director Ridley Scott, hit theatres in Qatar. The film, which is based on actual events, stars Michelle Williams, Mark Wahlberg, and Christopher Plummer in lead roles.

ATMITW is yet another controversial addition to this year's Oscar noms. The film has hit headlines for its last-minute decision to replace Kevin Spacey with Christopher Plummer in the role of Jean Paul Getty – a decision made by director Ridley Scott. In the end, Plummer receives a Best Supporting Actor nomination for a role that Kevin Spacey was supposed to play, if the latter weren't accused of sexual misconduct. 88-year old Plummer's third Oscar nomination makes him the oldest acting nominee ever.

Adding to the list of fun facts about this year's #OscarsNoms are the following:

The 90th Academy Awards will take place at the Dolby Theatre in Hollywood, Los Angeles, California at 5:00 p.m. PST on March 4, 2018. Click here for the full list of the nominees.

What do you think of this year's #OscarNoms? Are you rooting for 'Loving Vincent' to bring home the gold for DFI on March 4? Drop us a line in the comments below and let us know! Also, don’t forget to like and share this article!