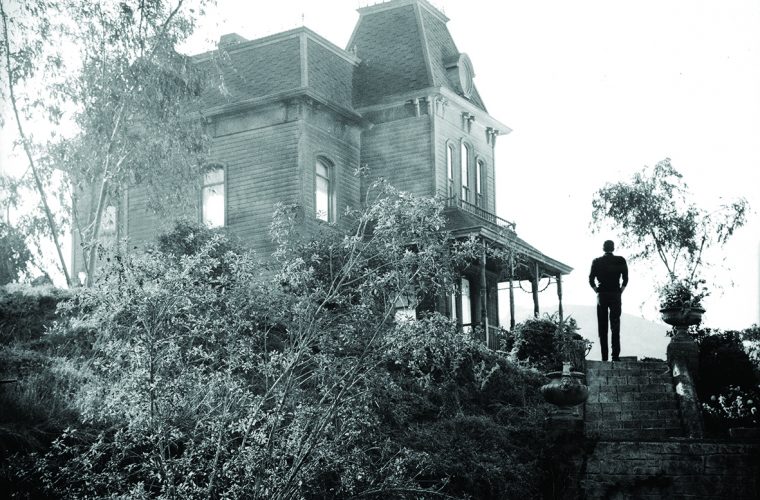 The Doha Film Institute Cinema (DFI Cinema) is launching a new thematic series that will present film enthusiasts with an eclectic selection of edge-of-the-seat thrillers. Aptly titled ‘Creators of Horror,’ the new series will be screened from April 20 to 24, 2017, at the Museum of Islamic Art Auditorium. The series concludes on May 3 with a very special experience of a classic film screening accompanied to a live performance from the Qatar Philharmonic Orchestra.

The screenings are part of Doha Film Institute’s year-round initiatives to offer varied cinema experiences, making a valuable contribution to the diversity of screen culture in Qatar, and provide cultural and creative discoveries for audiences in Doha. The films included in the showcase are carefully curated to present works by master-directors who have redefined the thriller, horror genre, and contributed to its worldwide appeal. Additionally, the series will also feature four short films made by Qatari talent as part of the special ‘Made in Qatar’ Thriller programme.

Fatma Al Remaihi, Chief Executive Officer of the Doha Film Institute, said: “The DFI Cinema series provide an opportunity to local audiences to watch films that have set standards for their craft and narrative strength, and have pushed boundaries to turn stories into brilliant and inventive cinema. ‘Creators of Horror’ will appeal to those who love thrillers and present how master-filmmakers approach the genre. We are especially proud of our ‘Made in Qatar’ thriller programme, a real showcase of how cinema in Qatar is evolving with fresh narrative styles and powerful stories helmed by home-grown talents.”

‘Creators of Horror’ will kick-off with the screening on April 20 at 7:30 PM of master-director Alfred Hitchcock’s Psycho (USA/1960). A film that changed the course of thriller history, it has had a profound impact on horror films to come. With its extreme (at the time of its release) violence, methods of toying with the viewer’s sympathies for the villain, and of course the brilliant construction of its (in)famous shower scene, Psycho is a cinematic masterpiece.

Jumanji (USA/1995) by Joe Johnston will be screened on April 21 at 3:00 PM. Set in 1969, it follows young Alan Parrish, a great target for the town bully, who warns him to keep away from his girlfriend Sarah after he steals Alan’s bike.

On the same day at 7:30 PM, watch The Orphanage (Spain/2007) by J.A. Bayona. The film takes place in a mansion that was once a home for orphaned children. Once a resident of the institution, Laura has bought the old place and hopes to make it into a home for troubled young people once again. Soon, however, her son Simón starts playing with invisible friends who seem intent on avenging some unknown past wrongdoing.

Also on April 21, at 5:30 PM, watch the Made In Qatar Thriller Programme featuring four films ; Qarar (2014/Qatar) by Ali Al Anssari, tells the suspenseful tale of a young married couple trying to survive an epidemic that has turned the population into zombies. Asfoora (2015/Qatar) by Mayar Hamdan tells the story of Jana who is caught cheating on an exam, and sent to detention, where she encounters a cruel bird that taunts her mercilessly.

I (2012/Qatar) also by Ali Al Anssari is about a psycho who demands perfection in every aspect of his life. When he notices that his friend has an asymmetrical face, he decides to take matters into his own hands. Man of the House (2015/Qatar) by Khalifa AlMarri tells the story of a teenager who lovingly cares for his baby brother and touches on themes of responsibility with a clever genre twist.

On April 22, at 7:30 PM, watch Vampyr (Germany, France/ 1932) by Carl Theodor Dreyer. The concept of vampires was first made famous on the big screen in F.W. Murnau’s Nosferatu: A Symphony of Horror – which was presented by the Doha Film Institute with live accompaniment by the Qatar Philharmonic Orchestra as part of the ‘A Symphony of Films’ series in 2016. The legend of the bloodthirsty tormented soul gets a different treatment in Dreyer’s film. Rather than focusing on the vampire, it examines the malevolent creature’s victims, positing vampirism as a sort of virus that infects members of the community who then turn against those nearest and dearest to them.

On April 23, 7:30 PM, The Host (South Korea/2006) by Bong Joon-ho will be screened. Equal parts comedy and horror, it broke South Korean box-office records on its release. On April 24, at 7:30 PM, George Romero’s Night of the Living Dead (USA/ 1968) will be screened. The film’s seemingly simple plot – several people hide out in a remote house to escape a mysterious attack of mindless gangs of flesh-eating ghouls – has been repeatedly analysed in political terms over the years.

Further, on May 3, 7:30 PM at the Opera House, Katara, The Cabinet of Dr. Caligari (Germany/ 1920) by Robert Wiene will be screened. The most prominent example of German Expressionist filmmaking, it is a gem of the silent era with its imaginative use of lighting, off-kilter sets and camera angles. The film will be presented with a live performance by the Qatar Philharmonic Orchestra, assuring audiences a rare treat. The event at Katara Opera House marks the Qatar-Germany Year of Culture 2017 and is presented in partnership with Qatar Museums, German Embassy and the Goethe Institut, and Katara Cultural Village.

Tickets to the films screenings are available at www.dohafilminstitute.com and are priced QAR 35 with a QAR 10 discount available for students and Culture Pass by Qatar Museums holders. DFI is offering a Ticket Package of 100 QR which grants buyer one ticket to each screening in the Creators of Horror film series (20-24 April, 7 screenings). Offer available online and in person while supplies last. Tickets for the screening of The Cabinet of Dr.Caligari are now available at qatarphilharmonicorchestra.org