Snow falls in the Sahara Desert and the photos are surreal! 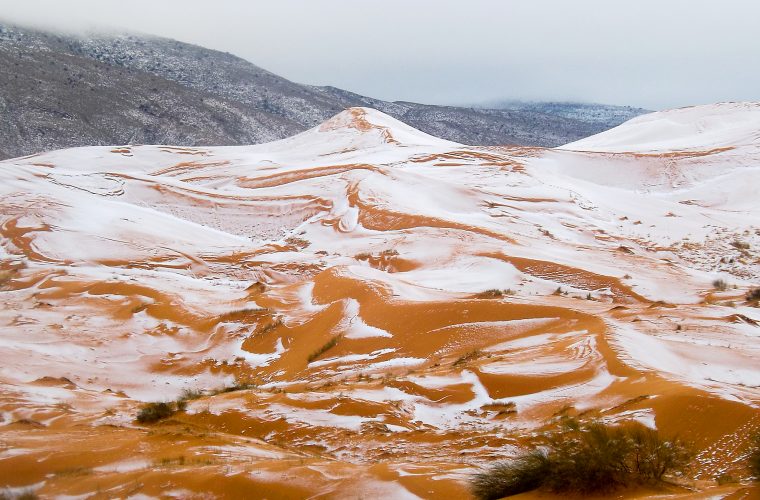 Residents of the Algerian town of Ain Sefre woke up to an unusual sight yesterday -- snow fall that partially coated the desert in ice!

The Sahara Desert, which stretches from the Red Sea to the Atlantic Ocean, regularly records temperatures of over 50 degrees Celsius, on average, during the peak months of July and August.

Check out this YouTube clip below courtesy of CBS News:

As the surroundings turned bizarre while the ice blended with the sand, locals took advantage of the once-in-a-blue-moon phenomenon by playing and skiing in the snow. Photographers also didn't let the magnificent view just pass by. They painstakingly captured every possible angle frame-by-frame!

The rare sighting is truly one for the books. But as the temperature rose later in the day, the remarkable landscape also started melting.

40 years is a long time between snowfall in the desert; and while there's nothing to complain about with this picturesque and panoramic view...the likelihood that the phenomenon is an ill effect of global warming is high and something the we as global citizens should all be very worried about indeed.

What are your thoughts on the Sahara Desert receiving a bucketful of snow after four long decades? Do you think this is something that people should be wary of in this age of global warming? Drop us a line in the comments below and tell us your thought. Also, don’t forget to like and share this article.

(All images courtesy of The Independent)