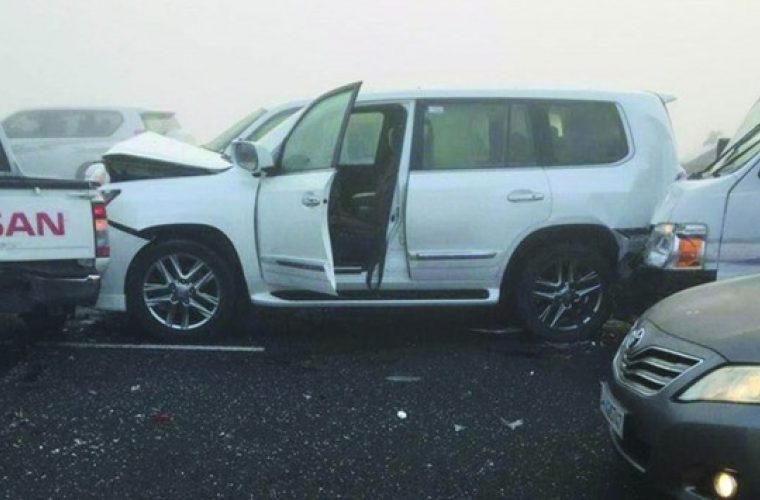 Many areas in Qatar experienced heavy fog Tuesday morning causing a marked drop in visibility and as many as 113 road traffic accidents.
According to the Ministry of Interior (MoI), the road traffic accidents happened on account of intense fog and non-adherence of traffic rules to be followed in adverse weather conditions.
No one was seriously injured in these accidents which took place on Al-Khor Coastal Road and Al Shamal Road, especially at Umm Qarn Intersection.
The MoI stated that it took many measures to prevent more accidents. “Patrols were deployed in many roads to stop traffic movement temporarily in some areas and to enhance safety measures in certain areas that suffered widespread dense fog,” said the MoI statement.
The thick fog that enveloped various parts of the country lasted until 9am. Commuters to distant areas, especially to Al Khor and Al Shamal were the most affected.
The Qatar Meteorology Department has forecast another foggy morning today. It can be misty to foggy over most areas of the country in the morning, moderate temperature later and cold at night with the temperature ranging between 12-24C and visibility less than one km in the morning.
Speaking to Gulf Times, some motorists said that they had to stop their vehicles yesterday at several places in the fog for safety. Some reached their offices as late as 8.30am, instead of the usual 7am.
One motorist who travels daily to Al Khor said: “I was forced to stop my vehicle many times. With heavy fog, it was very difficult to negotiate the road and I had to stop very frequently and park the car safely, thinking that the situation would improve. Finally,I reached my destination almost 90 minutes late.”
The MoI has urged the motorists to follow all safety precautions while driving in adverse weather conditions. Most important is to allow more distance between vehicles than usual, avoid passing and overtaking except in ideal conditions, and avoid changing lanes except in extremely necessary conditions.
The MoI has also cautioned motorists to pull the vehicle completely off the road and park on the right side of the road, if the fog is too dense to continue.
“Don’t use high-beam lights or hazard lights while driving as hazard lights are meant for only emergency stopping. Instead, use fog lights and low beam headlights,” MoI has advised.

If you have anything you want to share with us, send us an e-mail at contac[email protected]!