Demand for drinking water to rise by 138% 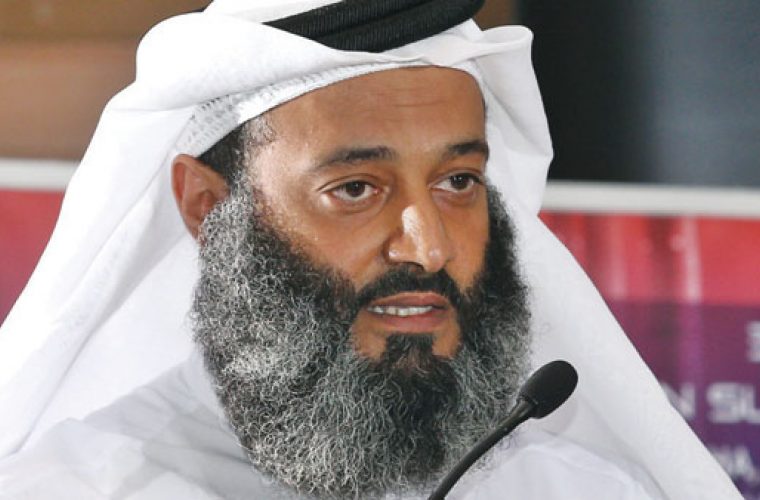 The demand for drinking water in Qatar is expected to increase by 138% in the next six years mainly due to economic growth and the rapidly increasing population, Ras Laffan Power Company-Qatar managing director Mubarak al-Nasr has said.

In his speech during the 3rd Power and Desalination Summit yesterday, al-Nasr recalled there was a similar increase (138%) in the drinking water requirements in Qatar over the last six years.

“The same trend of demand growth is forecast in the coming years,” he said. “The surge in the demand of electricity and water is the reflection of the country’s growing economy and this is creating new opportunities for the local and international investors.”

Al-Nasr said the trend was triggered by the country’s “unprecedented exponential economic growth”. He also cited the government’s efforts to build, as well as modernise existing infrastructures in a bid to keep pace with new requirements.

“Given that Qatar’s population is expected to increase nearly eightfold by 2050, demand for power and water is likely to increase significantly,” he added.

Besides Qatar, the region which relies on electricity produced by the thermal power stations also faces water scarcity issues since it has little natural fresh water, according to al-Nasr.

He also noted that 35% of people in the world today have no access to sufficient drinking water while 25% do not have access to electricity.

However, he stressed that adopting latest and state-of-the-art technology such desalination and investing in renewable energy can help address these challenges. These technologies, he said, have become environment friendly, efficient, reliable and cost effective means to produce electricity and water.

Using what he described as “highly advanced technology”, he said they have to meet certain standards on energy caps and environment protection. “We don’t have the old fashioned burners and most of the new facilities are equipped with highly environment-friendly combustion system.”

“We have to embrace the change and accept with open heart and mind that today we have opportunity to choose from better technologies and processes than what we’re using yesterday,” he added.

Al-Nasr also reiterated the importance of privatising the power and water sector, making it commercialised instead of keeping it as a service entity.

As an example, he cited the establishment of the first IWPP (Ras Laffan Power Co.) 756 MW and 40 MIGD potable water plant in 2001 on a built-own-operate-transfer scheme. It followed the building of three more IPP’s in the country.

In 2003, the Qatar Electric and Water Company had taken over all the government-owned power and water generating plants. Then in 2013, Nebras Power was established which operates in the area of investment in the energy and water sector projects outside of Qatar with a $1bn capital.

Now, a new IWPP named as Facility D of 2400 MW and 120mlgd water plant is in the bidding process with state-backed Qatar General Electricity and Water Corporation (Kahramaa).

Al-Nasr said Qatar is one of the first countries in the region to start the privatisation of electricity and water sector.

Evaluation proved that all procedures, instructions, and policy at the department go in line with the Quality Management System (QMS). The certification was awarded by TUV SUD.

The compliance was proven in the audit. The team formed from Water Field Services Department and Quality and Continual Improvement Department optimally led the QMS implementation. All department procedures and processes are in compliance with the requirements of ISO certification.

The Water Field Services Department at Kahramaa’s Networks Affairs Directorate is tasked with delivering high quality potable water services to the majority of customers connected to the water distribution network, as well as to the few customers served by water tankers, while working to minimise the number of latter.

“The ISO certification helps achieve Kahramaa’s plans to achieve Qatar National Vision 2030 which has sustainable development as one of its pillars. This necessitates the rational use of water resources.”