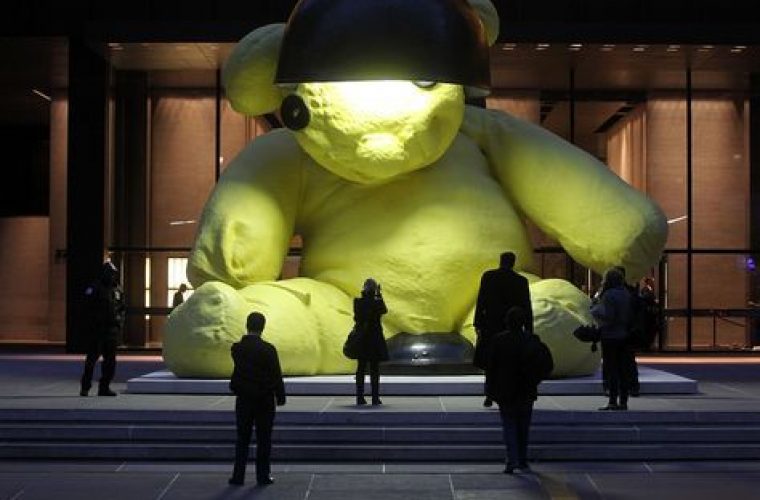 Visitors passing through Doha’s Hamad International Airport will be treated to the sight of a $6.8m sculpture of a teddy bear when the facility finally opens for commercial flights at some point next year.

Arabian Business understands that the installation, which has been bought by a member of Qatar’s royal family, is already in place at the airport. The Urs Fischer sculpture, which weighs 35,000 pounds and stands 23 feet tall, was previously displayed in front of the Seagram Building on New York’s Park Avenue.

The teddy bear was auctioned off at Christie’s New York for just over $6.8m earlier this year.

The outlay comes despite the fact that there is still no certainty as to the opening date of the new airport, which was originally due to open three years ago.

The $15.5bn planned hub for Qatar Airways has missed a series of launch dates, including the end of 2012, April 1 this year and the end of this year.

The slow progress onsite has been hampered by a series of squabbles between Hamad International’s management and contractors over payment terms, one of which has resulted in a $250m claim against the airport. In September, Qatar Airways chief executive Akbar Al Baker claimed that the airport would now begin operating “early next year”.

Earlier this month, Qatar’s transport minister, Jassim Seif Ahmed Al Sulaiti, was quoted as saying that Hamad International could start passenger operations in January via a ‘soft launch’ of 10 airlines flying out of one concourse.