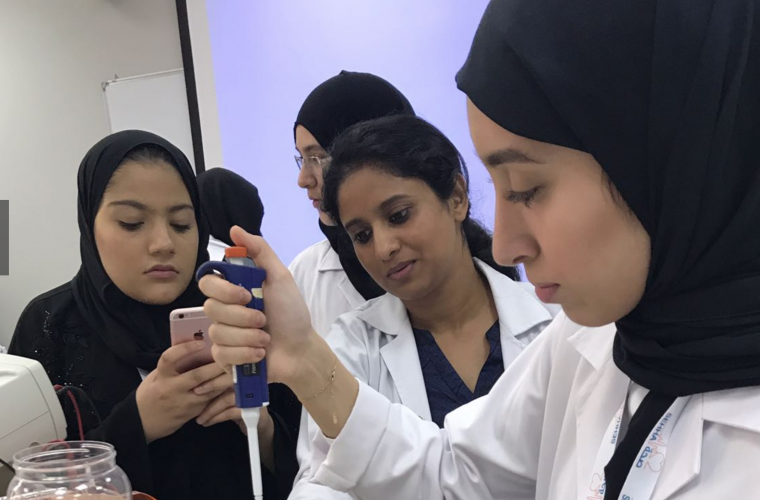 Students from Michael E. DeBakey High School – Qatar have taken to social media to protest the upcoming closure of the school by the Ministry of Education & Higher Education.

An affiliate of the Michael E. DeBakey High School for Health Professions in Houston, Texas, the Qatar branch campus offers students a solid foundation for a career in medicine, mathematics, and the sciences – the first such secondary school of its kind in the Middle East.

Students and parents have taken to social media to voice public outcry over a decision by the Ministry to close the school. Notice was given to school administration on December 13, 2017.

In the statement, the Ministry explains that the decision was made due to the outcome of ‘what was decided in the Committee on the Affairs of Private Schools meeting on April 27, 2017.’ The below translation goes on to state that ‘[We] inform you that it was decided to close DeBakey High School for Medical Professions for the academic year 2018/2019.”

As the school is no longer affiliated with the home campus in Texas, this could have mitigated the Ministry’s decision to move ahead with the closure, although this is not clear from the statement and yet to be confirmed.

As an affiliate of an overseas school, the branch campus in Qatar can no longer continue to operate under the name of the parent school if this affiliation is discontinued. It is unclear as to the cause of this discontinuation in the case of the Michael E. DeBakey School – Qatar.

Speaking to the school’s Executive Secretary, Noha Ibrahim Sadek, ILQ has learned that the school has been in the process of undergoing a name change in light of these developments, and that students would be offered places in other, government schools, or U.S. schools such as the American School of Doha which offers Advanced Placement (AP) Program courses.

Sadek went on to explain that due to the school’s unique curriculum and differences in structure and courses from other educational institutions in Qatar, DeBakey students can’t transition easily to other schools.

She also noted that the school was up to code on its safety regulations, and scored a passing grade of 3.1 on its Qatar National School Accreditation assessment by Ministry officials. Just one water fountain and a cabinet door in one of the laboratories needing fixing.

Baffled parents have gone to the Ministry in search of answers and are now awaiting a further review which will take place in a week’s time. Students have also taken to social media to raise awareness about their plight, demanding answers about the future of their education on Twitter – stating DeBakey ‘is more than just a school; it is our home, and in it we find family.’

DeBakey is more than just a school, it is our home and in it we find family. #SaveDebakey #مستقبلنا_في_خطر @Qatar_Edu pic.twitter.com/7hwkKCfTns
— DeBakey Highschool Qatar (Students) (@DebakeyE) January 16, 2018

UPDATE: Since yesterday's publication of this feature, Qatar's Ministry of Education and Higher Education has reached out over Twitter to state that students face no harm and to encourage parents to reach out to the Schools Licensing Department to liaise further on the matter.

We assure you that the students will face no harm and that their good interest is above all. As parents , they can contact the Schools Licensing Department on this regard.
— وزارة التعليم (@Qatar_Edu) January 18, 2018

What are your thoughts on the sudden closure of the Michael E. DeBakey High School – Qatar? Are you a student at the school or a parent of a child who attends DeBakey? If so, we want to hear from you. Drop us a line in the comments below and tell us your thoughts on the situation. Also, don’t forget to share this article.