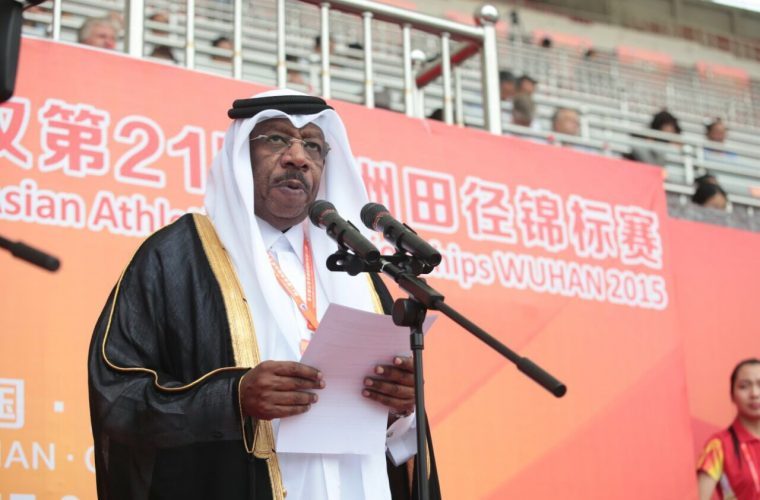 The Asian Athletics Association and Qatar Athletics Federation President Dahlan Al Hamad was re-elected IAAF’s Vice President following the completion of the first day of the 50th Congress of the International Association of Athletics Federations on Wednesday 19 in Beijing. The same day saw the former Chairman of the London 2012 Olympic Games Organising Committee, Lord Sebastian Coe being entitled by 115 countries to succeed Lamine Diack as the sixth IAAF President, beating the Ukrainian pole vault legend Sergei Bubka, who gathered 92 votes.

159 out of the 207 affiliated to IAAF member federations casted their votes in favour of General Al Hamad and subsequently chosen to renew their trust to the Qatari official who holds the same position since 2007. Sergei Bubka, who was honoured with the votes of 187 countries, Hamad Kalkaba Malboum from Cameroon (115) and Alberto Juantorena Danger from Cuba (111) were elected IAAF’s Vice Presidents as well.

The 58-year-old Major General Dahlan Al Hamad, who is widely considered as a diligent, dedicated and visionary man, aims to seriously contribute to the new Council’s heavy task to further develop and expand the presence of athletics worldwide and boost the image of the sport around the globe in a very challenging period.

“Today a new era for the International Association of Athletics Federations commences; a new era in which we will use all our forces to boost the image of our beloved sport. It is an auspicious time to move forward and we have to concentrate all our powers to fulfill our quest,” commented Mr. Al Hamad soon after being re-elected IAAF’s Vice President and pledged to offer his support the new President.

“As a high-ranked IAAF official, I pledge to offer my sincere full support and commitment to the new President’s agenda. I will back his plans to advertise and grow the sport, to make athletics a truly global and more visible sport worldwide.

“Under the current status with stark competition opposed by other traditionally popular or fast rising sports, athletics needs to find the means to strengthen its defences and present innovative initiatives in order to further boost its high status as the No 1 Olympic Sport. It is an auspicious time to move forward and we have to concentrate all our powers to invest to our future.

“I strongly believe that we should focus on the grassroots programmes and I pledge to dedicate myself to devise and implement innovative ideas in order to reach a wider audience of youngsters and engage them with our sport.”

All the elected members of the new IAAF Council will serve the sport until 2019.