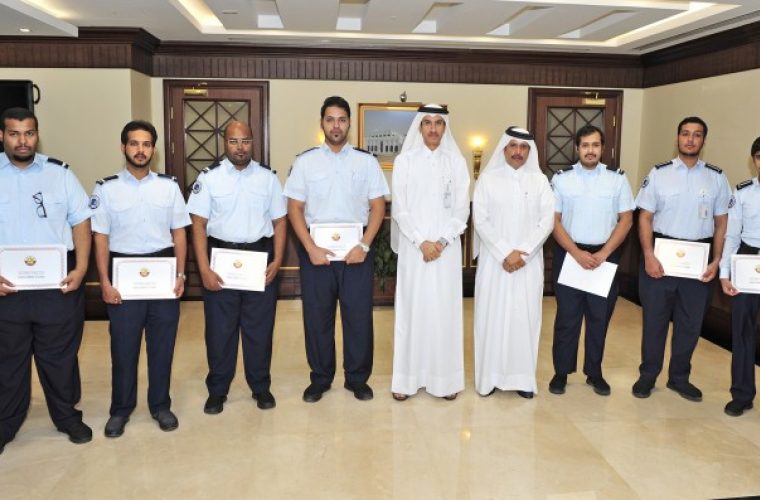 Customs inspectors at Hamad International Airport seized contraband from passengers, for which they were praised by HE Ahmed bin Abdullah bin Ahmed al Jammal, Chairman of the General Authority of Customs.

The contraband seized by customs inspectors at Hamad International Airport consisted of a total of seven different seizures of "marijuana” bringing the total weight of the quantity seized to 46 kg. The inspectors suspected passengers’ luggage and further investigated to find the drugs hidden in big and medium sized packages wrapped in plastic and carbon paper. They were then hidden under clothing, in fish and in spice bags.

On the other hand, the Air Cargo and Private Airports Customs Department, suspected a parcel received by mail that contained hollow plates containing a hidden amount of “Captagon” pills amounting to 200 thousand tablets.

The Land Customs Department (at Abu Samra border crossing) seized two 9-mm firearms in a passenger's car. They also found additional ammunition in a storage compartment in the car with 2500 rounds of ammunition, including machine gun and 9-mm rounds hidden next to the engine. The seized firearms and rounds were all transferred to the authorities to take legal action against the smugglers.

The General Authority of Customs strives to prevent the entry of narcotics and prohibited substances through providing all its air, land and sea ports with the latest advanced screening devices that can analyze the components inside the bags and luggage. The customs employees are also trained to use these devices optimally to monitor and control everything that enters the country.

What do you think of this latest news? Let us know in the comments below and don’t forget to like and share!