Curbs on export of some fish species 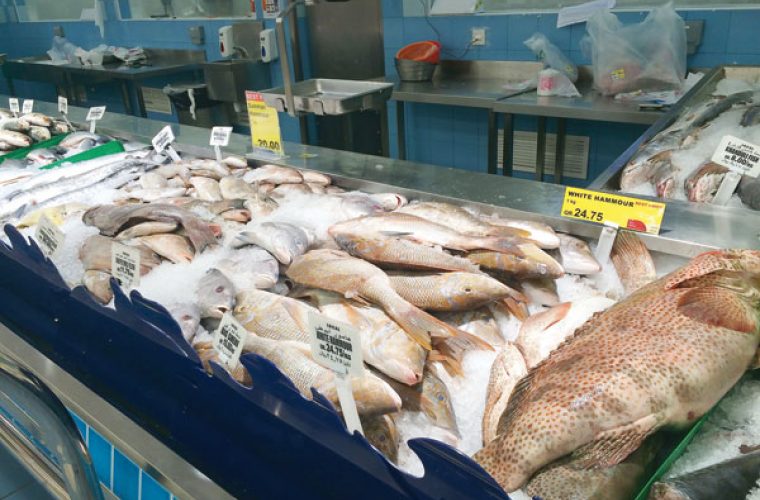 A draft decision of the Ministry of Municipality and Environment to regulate fish exports was ratified by the Cabinet at its weekly meeting yesterday.

Fish of all kinds cannot be exported throughout the year via sea, and any surplus from local market needs of the specified types may be exported via land in line with the terms and conditions to be put in place by the Fisheries Department.

The department, according to the draft decision, will be responsible for specifying, in coordination with the Ministry of Economy and Commerce, the quantity of fish that could be exported, reports Qatar News Agency.

Sharks or any parts of them (fins) cannot be exported or re-exported, says the draft decision.

The draft law includes provisions related to the registration of vessels with a load capacity of over 200 tonnes, at the Maritime Department at the Ministry of Transport and Communications and the procedures of submitting the registration request, the required data and documents for registration, the publicising of transfers listed on the ship and the duration of mandatory certification that must be on board the ship all the time.

No foreign vessel is allowed to sail from any of the ports in Qatar or cross its territorial water unless it meets the safety requirements in accordance with the provisions of international conventions.

The Maritime Department is authorised to monitor and search Qatari and foreign vessels that cross or dock in Qatari territorial waters or its ports.

The Cabinet approved a proposal by the Ministry of Municipality and Environment to amend some provisions of Law No. 8 of 1990 on the regulation of human food monitoring.

According to the amendment, a decision to shut down a shop that violates the law will be published in two local newspapers at the expense of the violator and on the website of the entity that issued the closure order.

The Cabinet also endorsed its draft decision, amending some provisions of Decision No. 17 of 2011 on naming the chairman and members of the Tax Appeal Committee, organisation of its work and determining its rewards.

The committee, established at the Ministry of Finance under the presidency of a judge of the Court of Appeals, with representatives from concerned entities as members, with decide on taxpayers’ appeals.

The Cabinet ratified a proposal by the Ministry of Education and Higher Education to amend some provisions of the two statutes of the Human Resources Department for employees of Independent Schools and the affairs of these schools’ licence holders.